Jefferson is a fast and explosive player who has become a major factor in the Warriors' recent success. 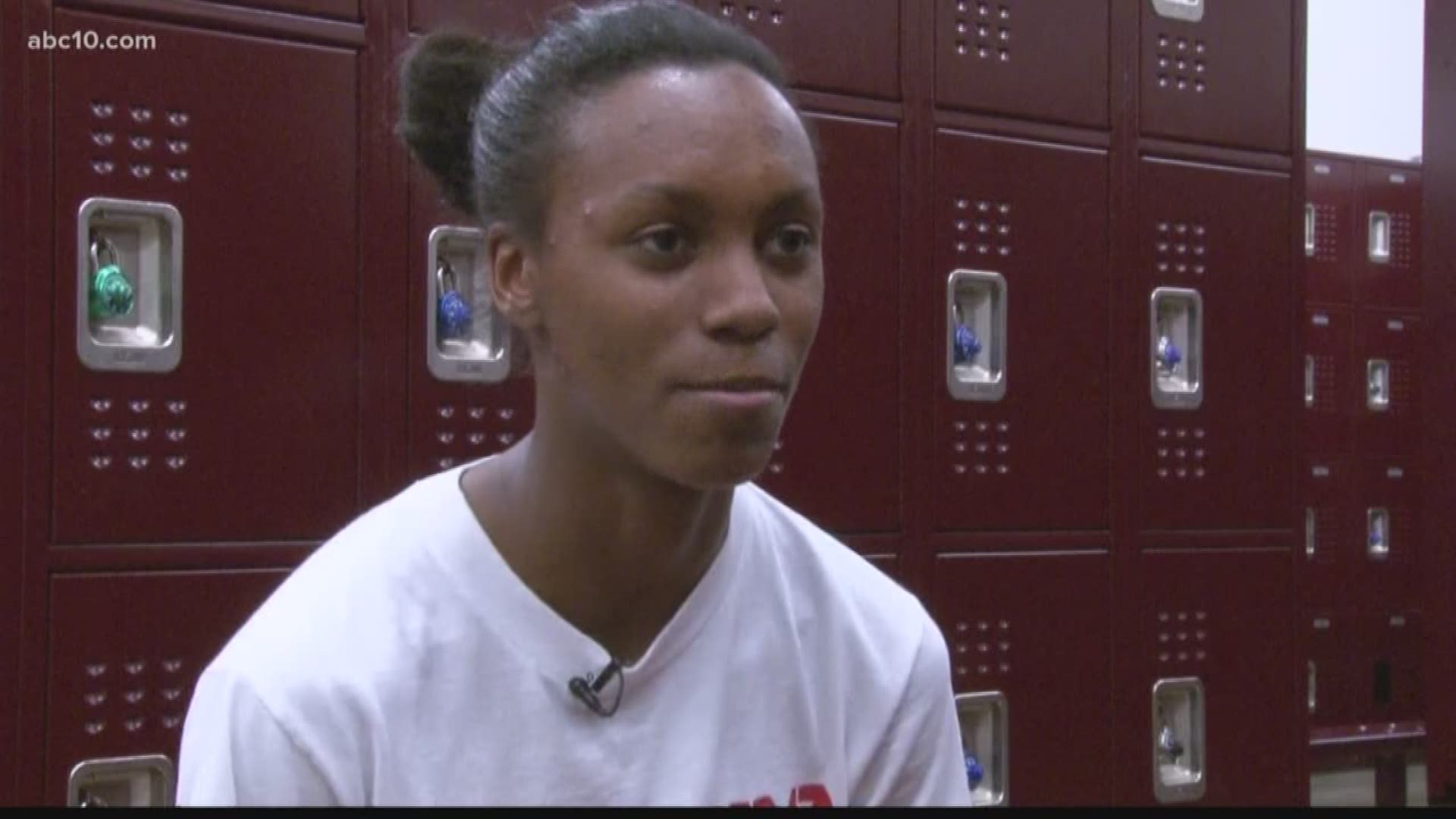 For athletes, the perfect playlist could bring out the best in them come game time or give them an outlet for creativity. But for West Campus High School senior point guard Kiara Jefferson, music has become part of her identity.

Jefferson is a fast and explosive player who has become a major factor in the Warriors' recent success.

"You have to be on your toes when you're guarding me," Jefferson said of her game.

KJ, as she's known to her friends, has a quiet confidence about her when she's on the court, but the impact she has on her team can be best validated with West Campus's 2017 Division IV CIF State Championship.

"We went from being an average school and an average team to winning a state championship last year," Jefferson said, "It's amazing. Just to hear St. Mary's and McClatchy and you hear West Campus right behind that or next to it it's like, 'wow we did that, we made a name for ourselves, we put our school on the map' so we're proud of ourselves for that."

Last fall, Jefferson signed her National Letter of Intent to play college basketball at UCLA. For Jefferson and her mother, Alicia Singleton, signing on to become a Bruin proved all the years of hard work to be worth it.

"That was big," Singleton said fighting back tears. "I was very proud. I still am. Just to see her with the option to have different schools to choose from... Division I, UCLA... it was big."

Jefferson, like many other student athletes, doesn't have a lot of extra time to squeeze in another hobby, but she is particularly passionate about one thing outside of basketball.

"I'm sure she said something about her Fifth Harmony group," Singleton said. "If it's not basketball, it has been Fifth Harmony. I really think it's more important than basketball to her. I really do."

"A lot of people know me when they hear 'Kiara Jefferson' they hear 'Fifth Harmony," Jefferson said. "Put those together that's usually who I am!"

Jefferson concedes that she won't become the fifth member of the popular music group as singing is not her strength. She did, however, grow up tap dancing, in addition to playing softball and soccer. But Jefferson fell in love with basketball when she was five years old. Although she would love to continue a basketball career after college, she says she's interested in pursuing a career in psychology with a focus on working with children.

But KJ would like to close out her high school career with another state championship. She and her teammates are using last year's work ethic and title as motivation for a repeat.

"From the beginning of that season as we were running sidelines and baselines we were saying 'state, state' that was our mindset, that was our focus," Jefferson said. "And the fact that we actually got there and won is a dream come true."

Jefferson is Singleton's only child. Singleton describes herself as the loudest fan in the gym and as someone who has grown up in the area, watching her daughter propel a program to become an area power brings her immense joy.

"That is my passion. That is my thrill, watching her play," Singleton said. "I'm proud of her and everyone else to put West Campus on the map."

The CIF Sac-Joaquin Section playoffs are underway and the Warriors have earned the third seed in the Division IV bracket. As if hoisting a state championship trophy wasn't motivation enough, Jefferson says even the haters will power her performance on the court.

If you know someone worthy of being an Athletics Unlimited Sports Standout and would like to see them featured, e-mail LWashingtonTV@abc10.com.