The St. Mary's water polo star put up some of the best numbers across the state this season but his ultimate goal is to play in the Olympic Games. 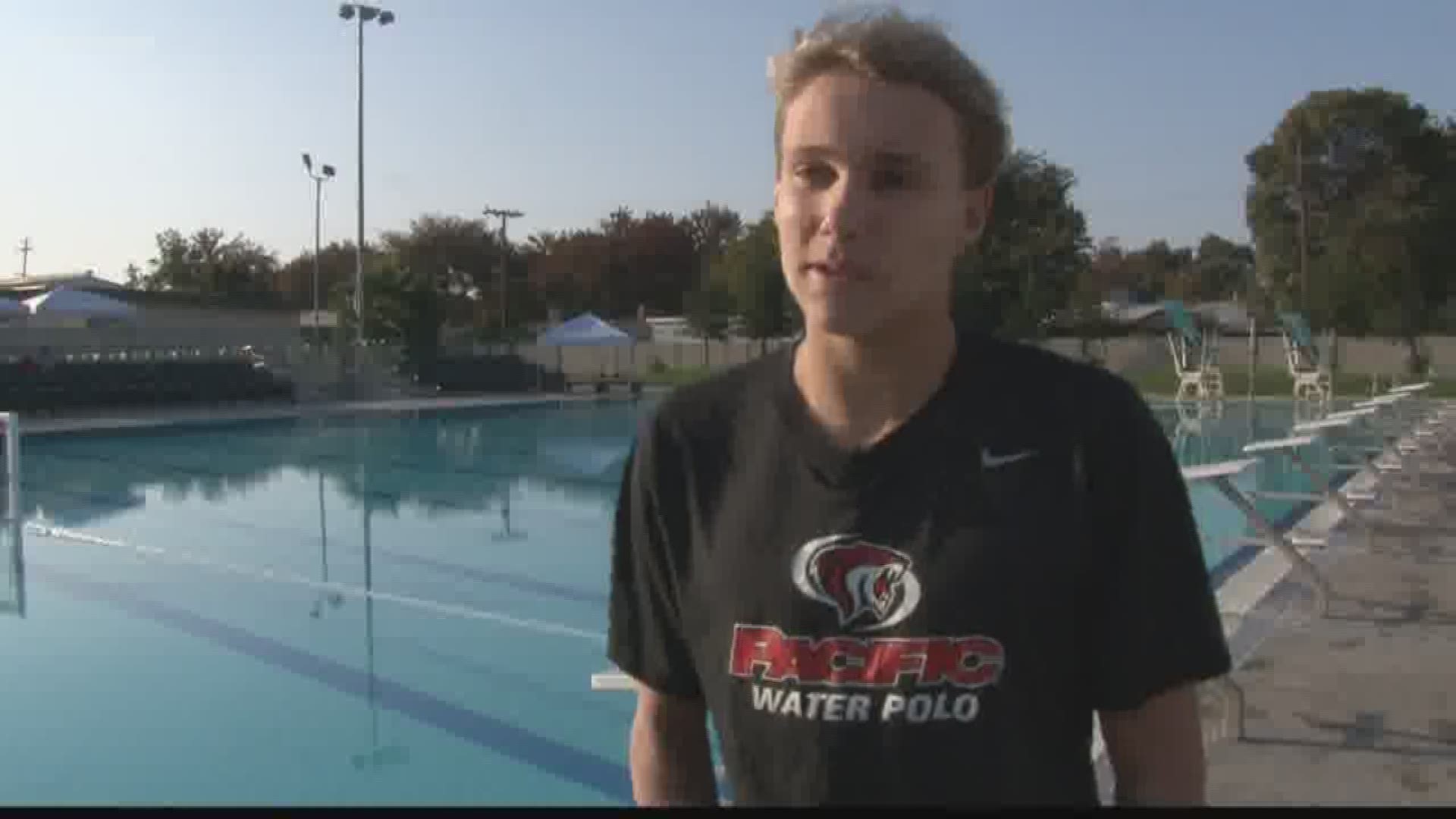 He's one of the best water polo players in the state and his talents have taken him all around the world. Matthew Hosmer, a junior attacker for St. Mary's High School in Stockton, is making waves in the sport he hopes can take him to the Olympics.

"When I was in about fourth grade I was watching the Olympics with my dad and I figured to myself I like this sport a lot and I should try it out," Hosmer said.

A passion for water sports runs in Hosmer's family. His mother, Christy, was a swimmer and his father, Todd, played for the U.S. National Water Polo Team during the 1996 Olympics. The University of Pacific Hall of Fame inductee was a big influence on Matthew's love of the sport.

"I also played other sports," Hosmer said. "I played baseball [for 12 years] but I felt that water polo was in my heart and I liked it more."

Rams varsity water polo coach, Jeff Hoornaert, has been working with Hosmer since he was 12 years old as a member of his club team.

"He's a great kid. He's a great athlete, he works his butt off," Hoornaert said. "He has all the talent in the word but he works just as hard."

Hosmer is taking the steps toward achieving his Olympic dream as a member of the Team USA Men's Youth National Team. He has competed at the highest levels available for him but he remains humble as a member of the Rams varsity squad.

"He's a great leader," Hoornaert said. "All the kids on the team work well with him, they look up to him, and he does a great job of leading by example."

"Being a part of St. Mary's is a dream come true," Hosmer said. "I'm always a team player, I'm not just in it for the stats, I'm just in it to win the game. That's all I'm working for."

The Rams season ended with a 12-7 loss to Davis in the semifinals of the Division I Sac-Joaquin Section playoffs. Hosmer finished his season leading the state in goals this season with 161 and finished second in points with 200.

"I'm in awe every time I watch him play," Hoornaert said. "He has an uncanny ability to score, he's incredibly fast and has the ability to completely take over a game. He's pretty phenomenal to watch."

After high school Hosmer would like to continue his water polo career at Cal, UCLA or stay local by attending Pacific. While he hasn't decided on a major, he is interested in studying business management or sports management.