There are a number of famous siblings who have excelled on the basketball court but Folsom could be home to the next brother-sister pair to get some of that of hoops hype. 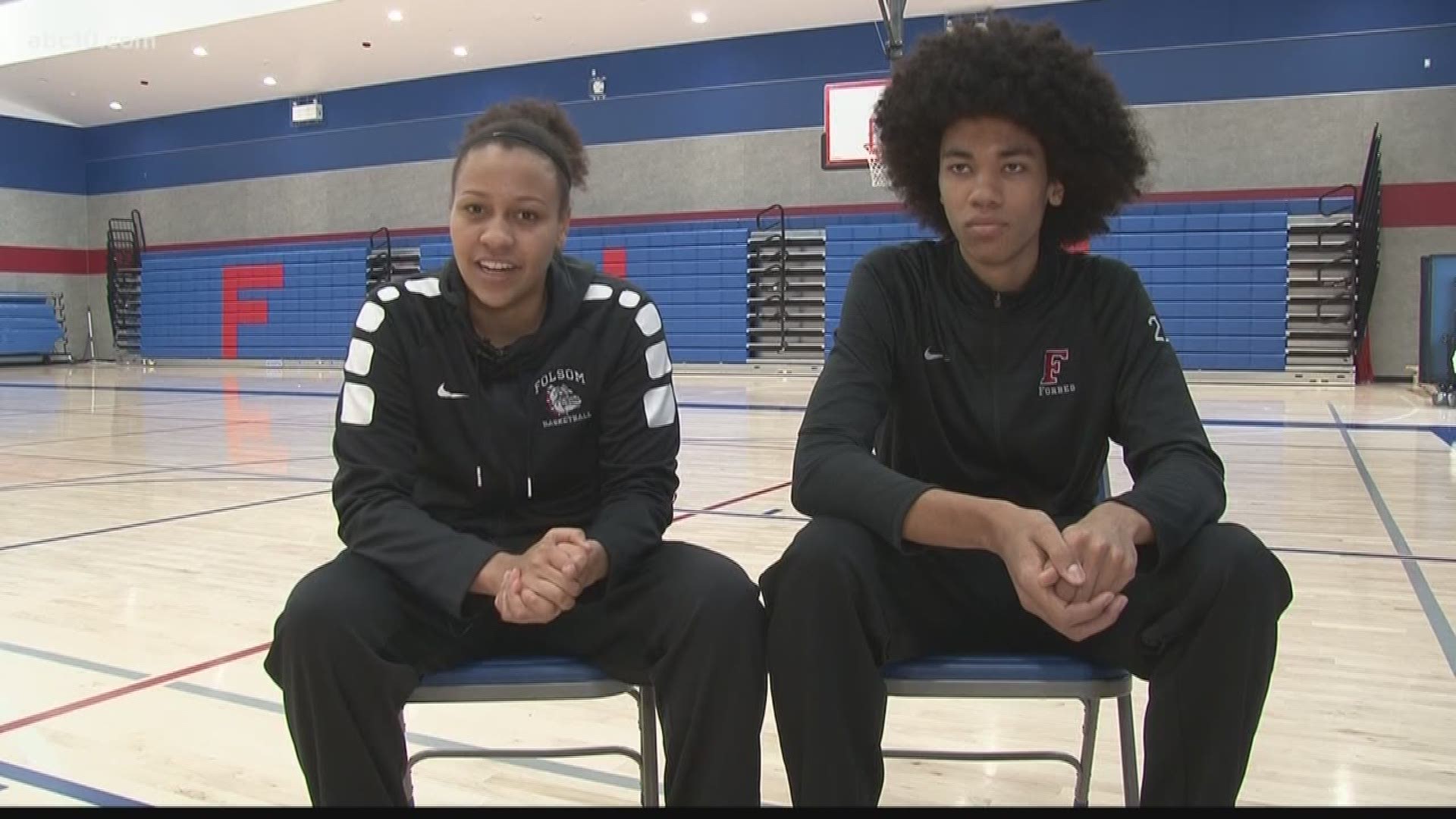 There are a number of famous siblings who have excelled on the basketball court but Folsom could be home to the next brother-sister pair to get some of that of hoops hype.

The Forbes family takes the saying "ball is life" to a whole new level.

All four of the Forbes kids -- Marcus, Max, Mason and McKenzie -- grew up playing basketball with their Harlem Globetrotter father, who was known as "Smooth" during his playing days. Now his kids are schooling him on the court with McKenzie and Mason, seniors at Folsom High School, enjoying the spotlight.

"I can't touch them. I'm too old, can't jump anymore so I just pass the ball and let them do what they do," Sterling "Smooth" Forbes said.

McKenzie is the youngest of her siblings but she has grown into one of the most talented players in the country. The five-star wing received offers from renowned basketball programs like South Carolina and Baylor.

"Throughout my recruiting process I just knew that I wanted to find a staff where I felt comfortable where I could be myself and really just grow into a better person into a better player while I was there," McKenzie said. "I narrowed my choices down to about five or six - UCLA, Stanford, Cal, Louisville, Tennessee... But it really just came down to who I felt I had the best relationship with and where I thought I could really thrive and Berkeley was where I thought I could do that."

Ultimately McKenzie committed to the University of California, Berkeley. In March she, along with two other basketball products from our area, will be heading to Atlanta to play in the prestigious McDonald's All-American Games.

"It was a pretty surreal day for me and my family," McKenzie described the day she received her honorary jersey. "It was good ot have everyone out here and see all my friends and even teachers who have supported me through this entire process so just really great feeling to be recognized for that."

If you think her three older brothers and father, who happens to be her coach at Folsom, took it easy on her because she's a girl and the baby of the bunch... Think again.

"I mean, always being the youngest sibling you always want to do what your older siblings are doing," McKenzie said. "Even being the only girl I still wanted to do everything they were doing. If they were playing basketball I was going to be out there whether it was football, baseball, soccer, they always made sure to drag me along and they weren't easy on me either which I think has a big part to do with my toughness and my game today."

"We always treated her like one of the boys," Mason said. "We were never soft on her and we always pushed her to be the best and it's really paid off now in the long run."

McKenzie and Mason's work ethic transitions from the court to the classroom. That's part of the reason why Mason is heading to Harvard after graduation.

"I got my first offer the summer after my sophomore year and then this fall I narrowed it down to a couple schools - San Diego State, Princeton, Harvard, and St. Mary's," Mason said. "It really came down to east coast, west coast, whether I wanted to do academics or basketball as a priority. I felt that Harvard was the best of both worlds, academic side and basketball and I felt that it was a home away from home. Even though it's on the east coast I felt that there was still a family that I could be comfortable with so that was important to me."

"Seeing him choose Harvard was an incredible, incredible moment for me and my family," McKenzie said. "We're all just super proud of him."

Mason's academics and basketball skills aren't the only things getting attention. His hairstyle has become a highly identifiable trait in more ways than one.

"It definitely gets me recognized everywhere I go. Whether it's at the grocery store or school or on the basketball court everyone knows 'Fear The Fro,'" Mason said. "It's kind of like my trademark now so I can't even cut it."

They've had their fair share of battles on the court but the siblings have no problem accepting each others' strengths.

"She'll kill him on the outside with threes but he's going to score everything down low and dunk on her from the inside," Sterling said.

"She's a really dynamic player," Mason said of his sister. "She has a great feel for the game, a real student of the game. She's always teaching me a lot of things. Even when we're just watching TV she notices a lot of stuff and always surprises me."

They're practically inseparable now but soon they'll be going to college on opposite sides of the country continuing to pursue a passion that runs in the family.