Joaquin Rayford, 15, trained for three years leading up to his appearance on the second season of American Ninja Warrior Junior 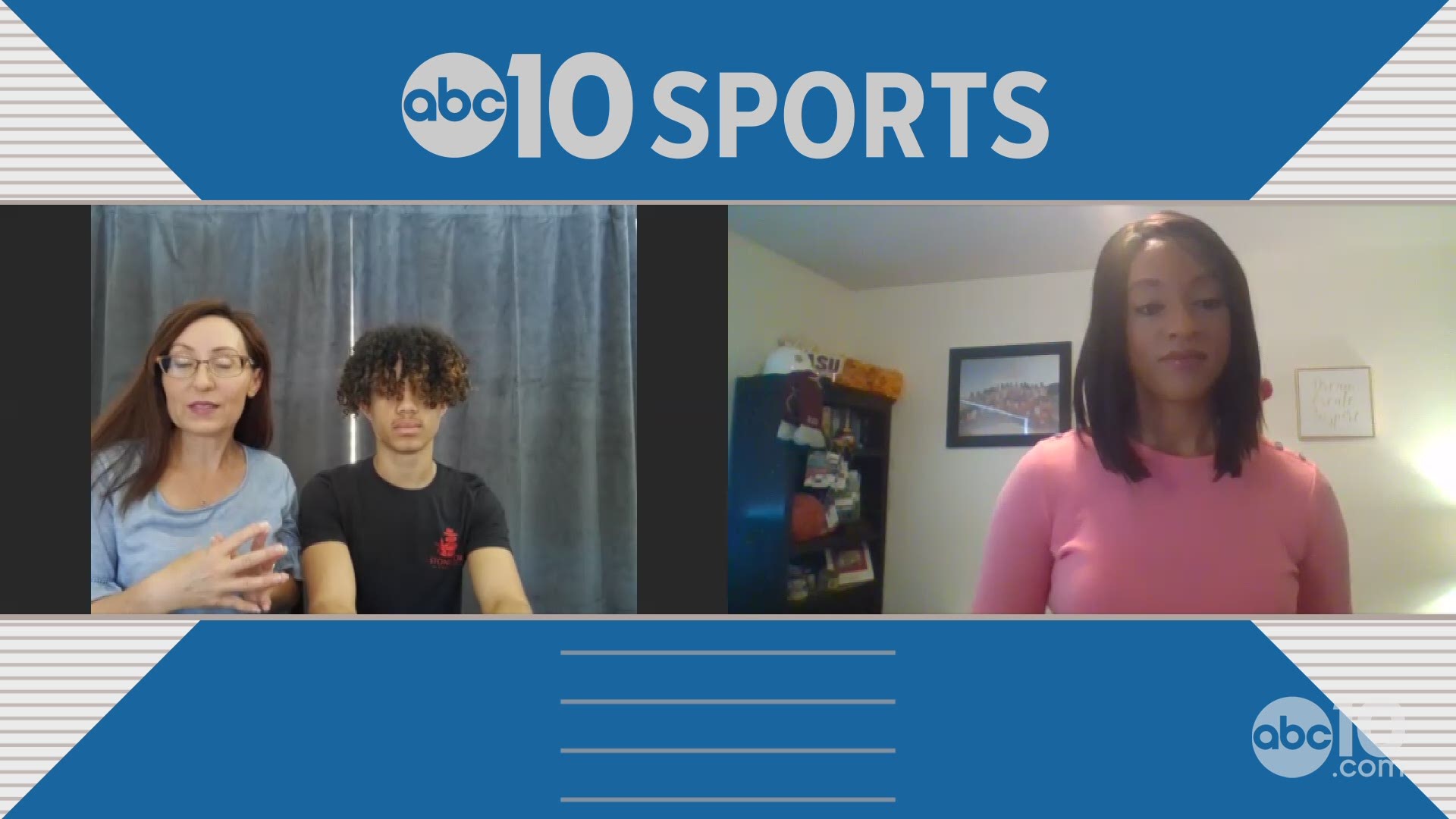 "The ninja gym... This is where he feels most successful when in other areas of his life it's pretty challenging," Joaquin's mom, Jayme Desormier, explained "Day to day things could be pretty challenging for him."

That's because Joaquin is living with dyslexia, which, admittedly, makes communication a little difficult for him. But competition? That's where Joaquin shines.

His years of training at his favorite gym culminated last summer in Downtown Los Angeles when he competed on American Ninja Warrior Junior.

The show, in its second season, features junior ninjas from across the United States facing off on head-to-head courses alongside season one reigning champions and fan favorites in three age brackets: 9 & 10, 11 & 12, and 13 & 14.

"Being on the course that's just where he excels," Desormier said. "It's just a natural gift."

Rayford competed against three other 13- and 14-year-olds from across the country. He said the most challenging part of the experience was the interview process.

"I ended up training for three years before I was picked," Rayford said. "I may have looked very serious on the show but I was having a great time. It was thrilling! Very, very thrilling."

Rayford took to the obstacle course like a fish to water. Before COVID-19 he was close to achieving his goal of reaching the top of a 20-foot warped wall — a challenging feat even for adults.

He couldn't share any spoilers about this new season of the American Ninja Warrior Junior, but you can catch the debut on Universal Kids every Friday at 3 p.m. PST.