The A’s hitting is hardly where they would hope with the playoffs coming. 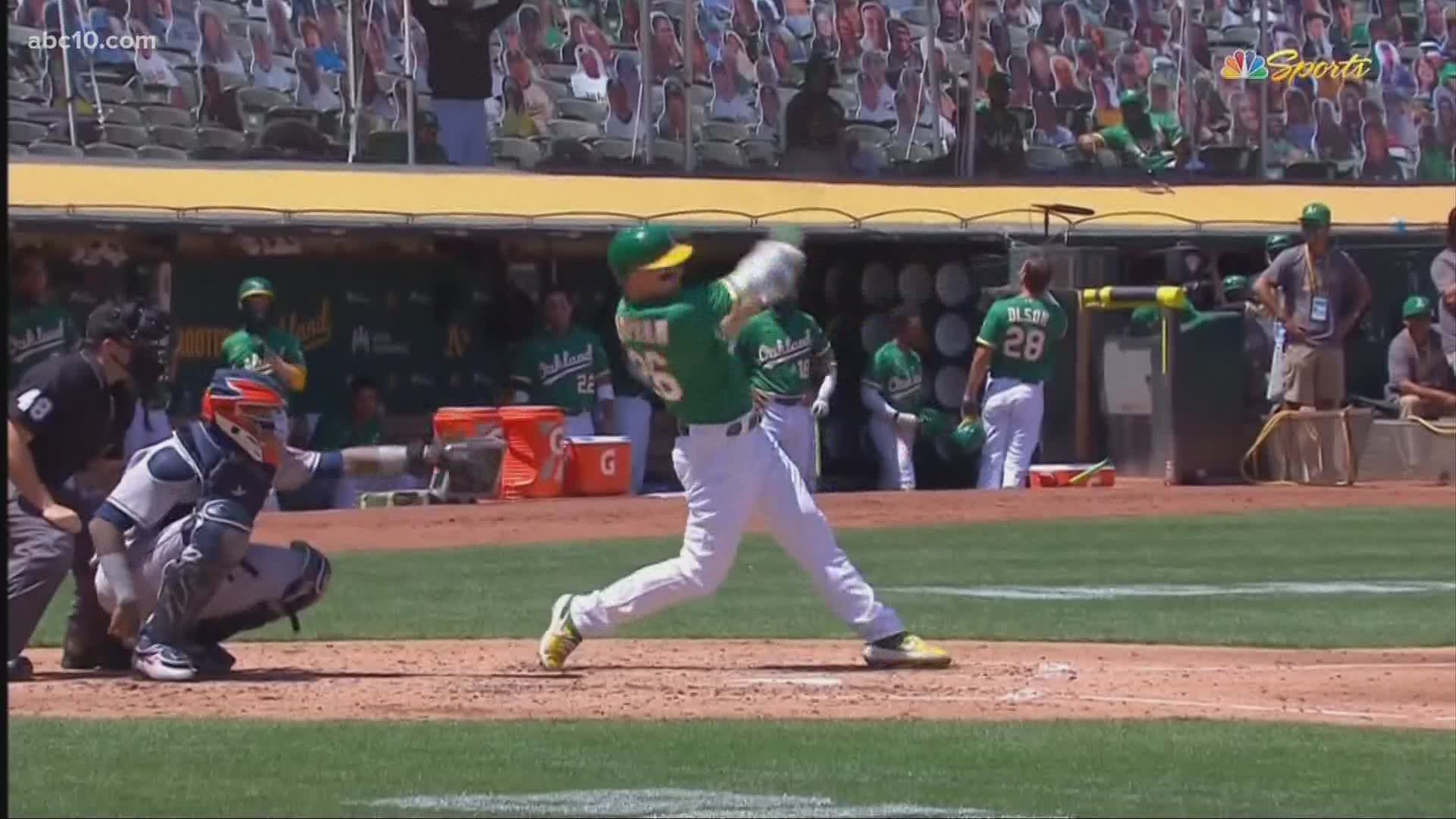 OAKLAND, Calif. — J.P. Crawford hit a go-ahead single in the eighth inning after his tying single in the sixth, and the Seattle Mariners beat the Oakland Athletics 5-1 in extras in the first game of a doubleheader. Tommy La Stella tripled to begin the sixth, but the A’s couldn’t capitalize against former Oakland right-hander Kendall Graveman. Khris Davis hit a sacrifice fly in the fourth inning, but that was it for the A’s, whose hitting is hardly where they would hope with the playoffs coming.