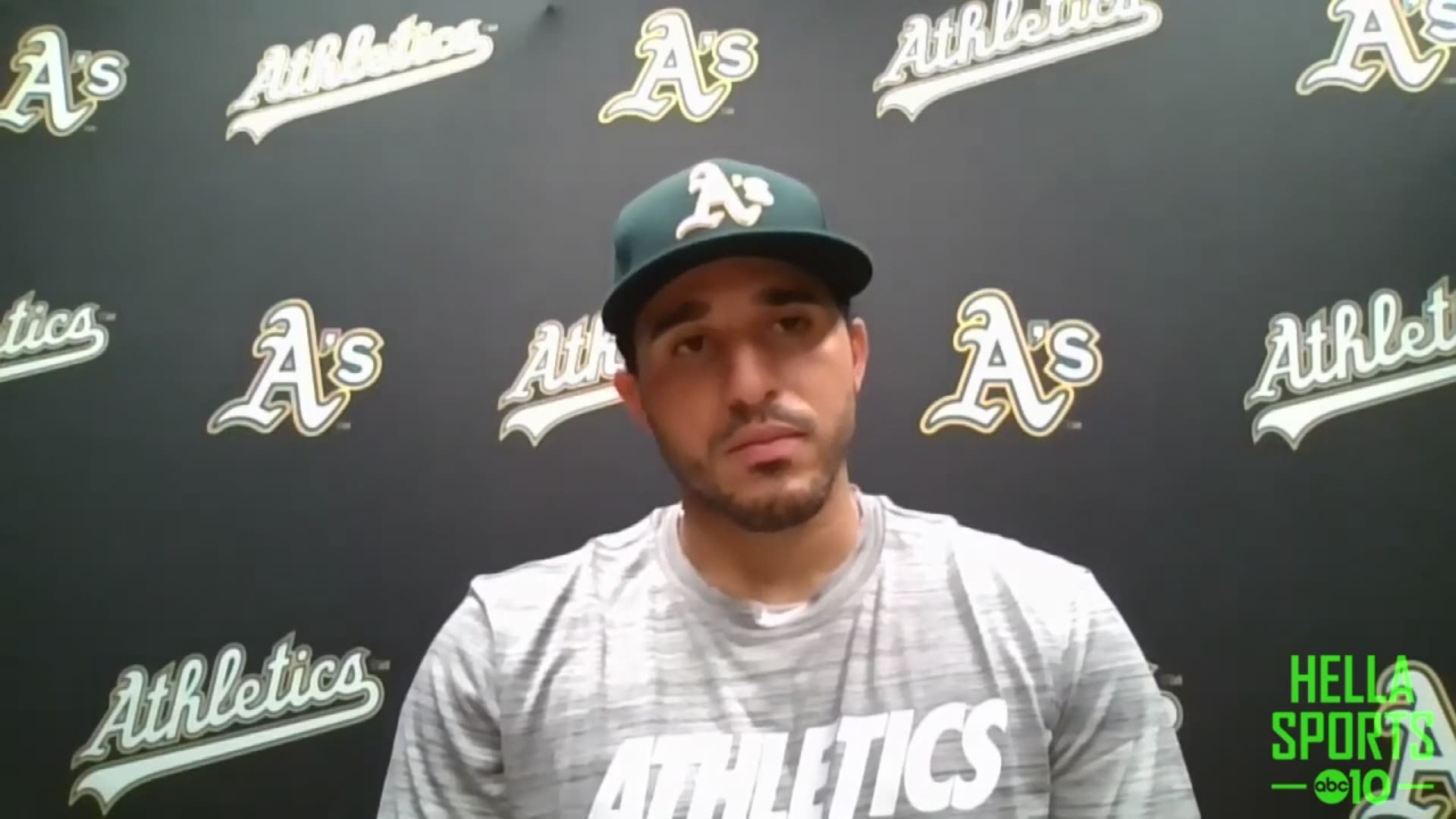 OAKLAND, Calif. (AP) - Houston Astros hitting coach Álex Cintrón has received a 20-game suspension and a fine for his role in a benches-clearing brawl at Oakland.

Cintrón’s suspension is the longest for an on-field transgression in 15 years, since Texas pitcher Kenny Rogers received 20 games for his altercation with two cameramen in 2005.

In addition, Athletics outfielder Ramon Laureano was given a six-game suspension and a fine. He is appealing the punishment.

Credit: AP
Oakland Athletics' Ramon Laureano (22) gestures toward the Houston Astros dugout before charging it after being hit by a pitch thrown by Humberto Castellanos in the seventh inning of a baseball game Sunday, Aug. 9, 2020, in Oakland, Calif. (AP Photo/Ben Margot)