Oakland A's opt to not play in support of racial justice

The Oakland Athletics and the Texas Rangers game was postponed until September in response to the death of a man in Wisconsin. 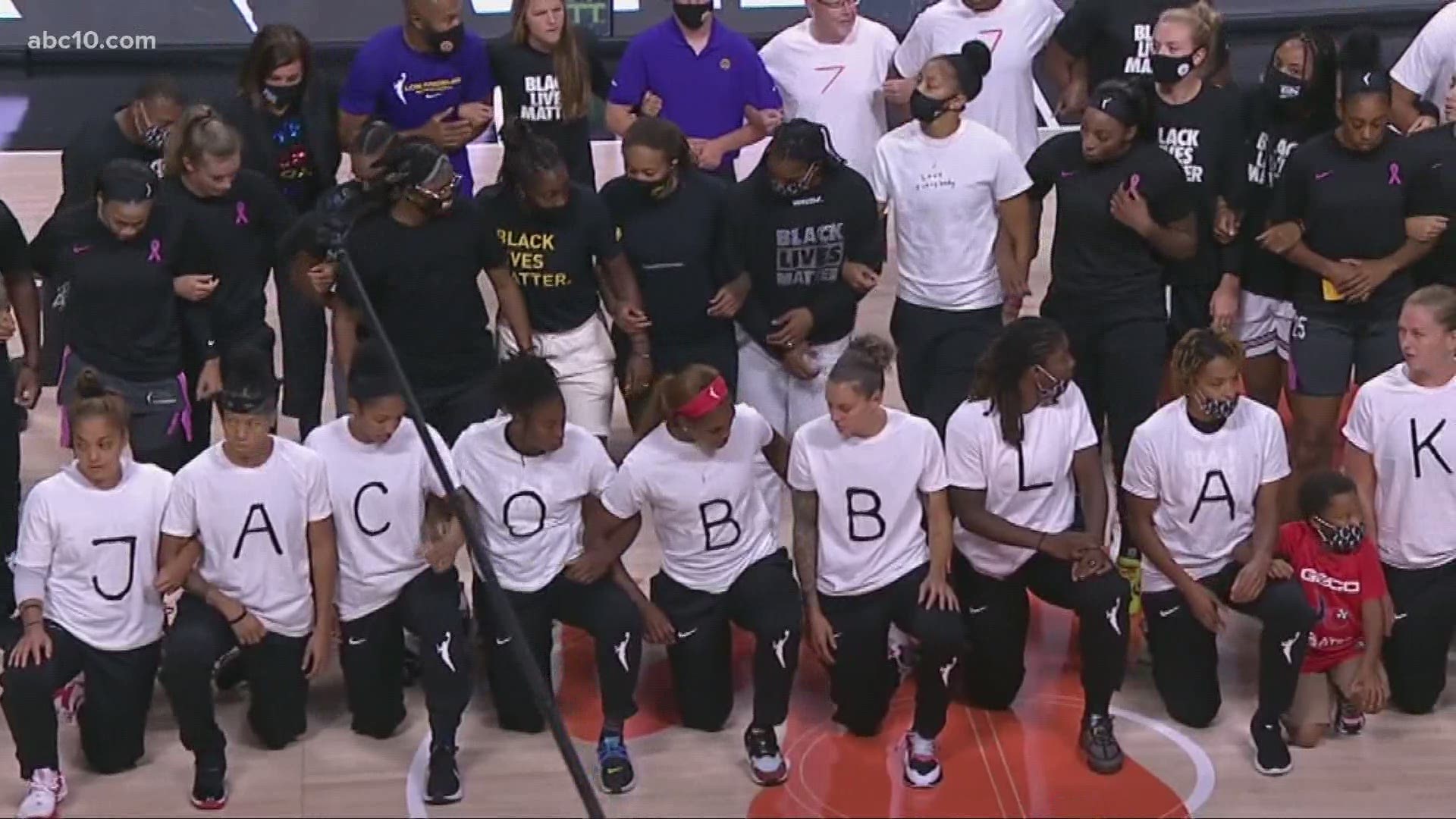 ARLINGTON, Texas — The Oakland Athletics have decided not to play their series finale at Texas in support of racial justice.

Oakland players had talked about not playing Wednesday night but felt those discussions were rushed. The A's opted to play after three other Major League Baseball games were postponed.

The team was united in playing then and talking about it as a group after that game. The A's went on to beat the Texas Rangers (3-1) Wednesday night before deciding not to play Thursday.

RELATED: AL-best A's win 3-1 in another victory by Fiers over Rangers

The players released a statement explaining social injustice and systemic racism is not acceptable. The team said it recognizes its responsibility to use its platform for change. The team added that this decision is meant to be the first step in its pursuit of change.

From the players of the Oakland A’s pic.twitter.com/0JEDBmuL8Z

The Oakland A's organization said it supported the players and all athletes in their decisions to stand against the racial injustice facing the Black community in the U.S.

Statement from the Oakland A's pic.twitter.com/PkCtGpBUIS

The Rangers say they respect the decision by the A's and stand with all who condemn racial injustice.

The game was rescheduled as part of a regular doubleheader to Sept. 12, starting at 2:05 p.m. PST at Globe Life Field in Arlington, Texas.