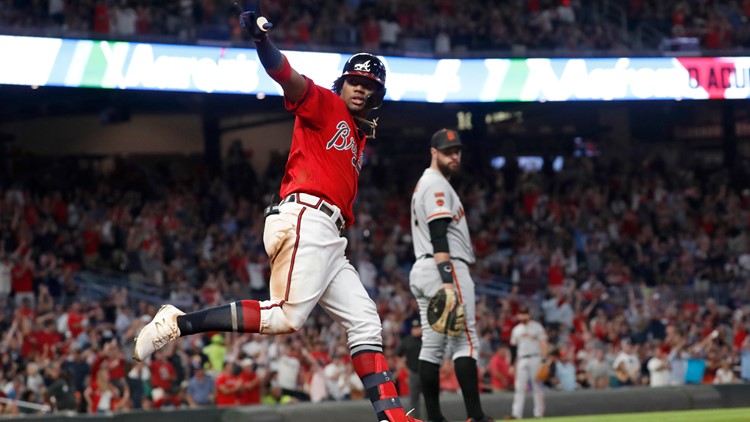 Photo by: AP
Atlanta Braves center fielder Ronald Acuna Jr. (13) reacts as he rounds first base after hitting a two-run home run in the fifth inning of a baseball game against the San Francisco Giants, Friday, Sept. 20, 2019, in Atlanta. (AP Photo/John Bazemore)

Acuña scored four runs to back Mike Foltynewicz (8-5), who allowed three hits in eight innings. Atlanta's 19th division title tied the New York Yankees for the most since Major League Baseball split into divisions for the 1969 season.

Atlanta's win ensured it will finish ahead of second-place Washington and will start the NL Division Series at home on Oct. 3, most likely against the NL Central champion.