Brandon Belt hit a grand slam and tied a career high with six RBIs, and Kevin Pillar had a career-high five hits to lead the San Francisco Giants to an 11-6 victory. 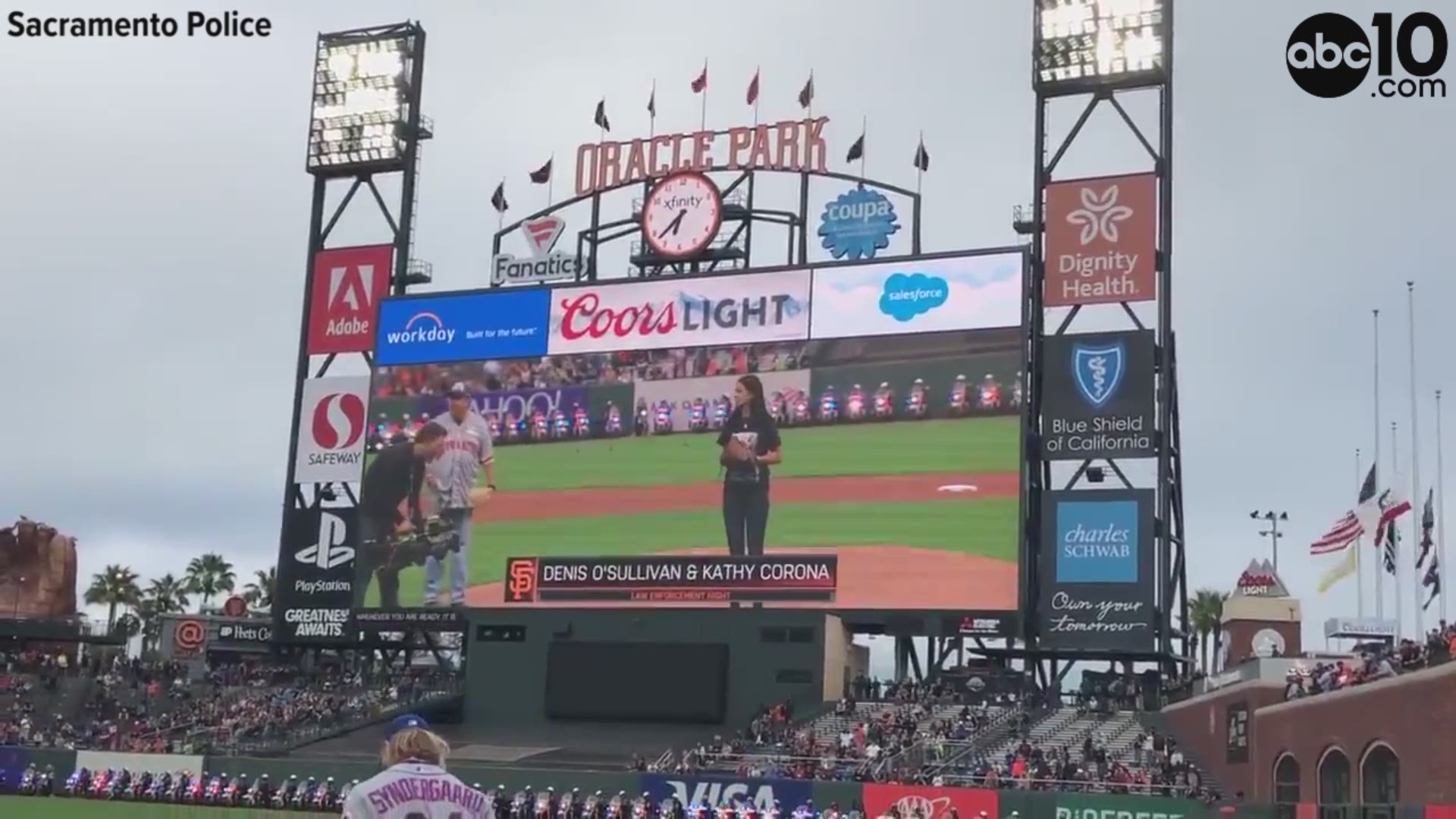 PHOENIX (AP) - Brandon Belt hit a grand slam and tied a career high with six RBIs, and Kevin Pillar had a career-high five hits to lead the San Francisco Giants to an 11-6 victory over the Arizona Diamondbacks on Saturday night.

Right-hander Logan Webb survived a rocky start and pitched five innings for the win in the 22-year-old's major league debut. The Giants won their third straight and sixth in the past seven to continue their surge into serious National League wild-card contention.

Webb allowed one unearned run on five hits with seven strikeouts. Pillar scored three runs in going 5 for 5 with an RBI, and Mike Yastrzemski had three hits a night after hitting three home runs.

The Diamondbacks have lost the first three games of a key four-game set with the Giants and dropped four in a row overall. Arizona's Taylor Clarke (4-4), liked Webb called up from the minors to make the start Saturday, lasted just 1 2/3 innings and was charged with three earned runs on five hits.

Belt's slam quickly erased a 2-0 Arizona lead. The first three Giants hitters of the second inning reached base on a walk, fielder's choice and throwing error, and bloop single. Belt then cleared the bases for his second career grand slam, his 14th home run of the season and second in two days.

The Giants loaded the bases again on Clarke in the second inning, and added a fifth run in the inning on Longoria's sacrifice fly.

Webb became the third Giants pitcher to make his major league debut as a starter this season, joining Shaun Anderson and Conner Menez.

Christian Walker and Nick Ahmed homered for the Diamondbacks, and Wilmer Flores had four hits. San Francisco scored two runs in both the seventh and eighth innings and totaled 18 hits for the game.

Alex Avila, who started the game as the Diamondbacks' catcher, pitched the top of the ninth inning and got a called third strike on Yastrzemski before retiring the side in order.

A man in attendance had a medical issue and was given CPR in the stands behind home plate at Chase Field during the game.

The game was delayed briefly before the start of the third inning while emergency medical personnel attended to the man in a section of field-level seats. It wasn't clear how the man ended up on the concrete beneath his seat, but the section was cleared quickly while security workers and EMTs rushed to the man's side.

The medical workers gave CPR to the man before strapping him to a long stretcher and taking him out of the seating area. Fans applauded as the man was rushed up the steps to the concourse.

Stadium staff said the man was taken to a hospital and was breathing on his own.

Diamondbacks players stopped their warmups on the field and looked into the stands to see what happened. Russ Amaral, Arizona's vice president of ballpark operations, was also on the scene.

The Diamondbacks called up Clarke and pitcher Joel Payamps from Triple-A Reno before Saturday's game, with right-hander Jon Duplantier sent back to Reno.

With Webb's addition to the Giants roster, outfielder Joey Rickard was optioned to Triple-A Sacramento.

The Giants' Scooter Gennett struck out swinging at a wild pitch in the fifth inning, then was thrown out at second base by Avila trying to advance. The ball rolled all the way to the fence behind the Arizona on-deck circle before Avila spotted it, retrieved it and threw to Ahmed for the tag.

Diamondbacks: All-Star IF-OF Ketel Marte was scratched from the lineup Saturday with minor lower back tightness. Manager Torey Lovullo said Marte was available off the bench Saturday and will likely return to the lineup on Sunday. ... Relief pitcher Yoshihisa Hirano was placed on the 10-day injured list with right elbow soreness after an MRI on Saturday. Hirano said he felt discomfort after his outing Friday night. He was to receive a cortisone injection.

Giants: LHP Madison Bumgarner (8-7, 3.63 earned run average) is set to start Sunday in the series finale. The Giants are 16-10 in his starts this season and have won each of his last six and nine of his last 10.

Diamondbacks: RHP Merrill Kelly (8-12, 4.75 ERA) is set for his fourth start against the Giants this season, with a 1-1 record.