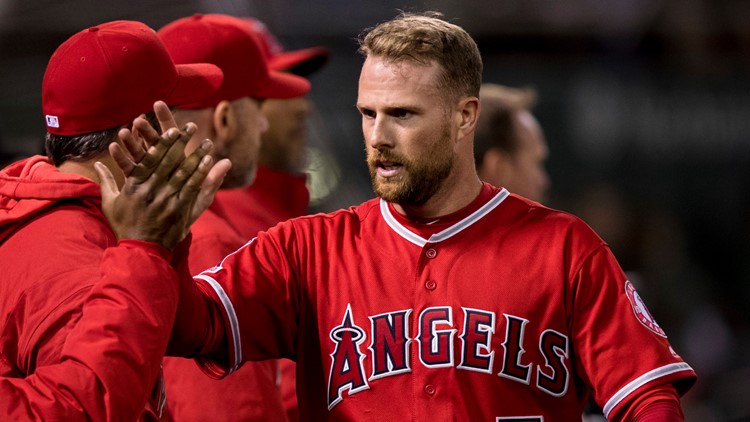 Photo by: AP
Los Angeles Angels' Zack Cozart (7) is congratulated after scoring a run against the Oakland Athletics during the eighth inning of a baseball game, Saturday, March 30, 2019 in Oakland, Calif. (AP Photo/John Hefti)

SAN DIEGO (AP) - The San Francisco Giants have bolstered their infield by acquiring Zack Cozart and prospect Will Wilson from the Los Angeles Angels for a player to be named or cash.

Cozart missed significant time in 2019 with shoulder and neck injuries. If healthy, the 2017 All-Star could play second base or provide versatility behind third baseman Evan Longoria.

Wilson was the Angels' first-round pick this year at No. 15 overall. The middle infielder batted .275 in rookie ball.