The district said there is evidence that dates back to 2017 showing Justin Hager shared information about formations, game plans, signals, and player eligibility. 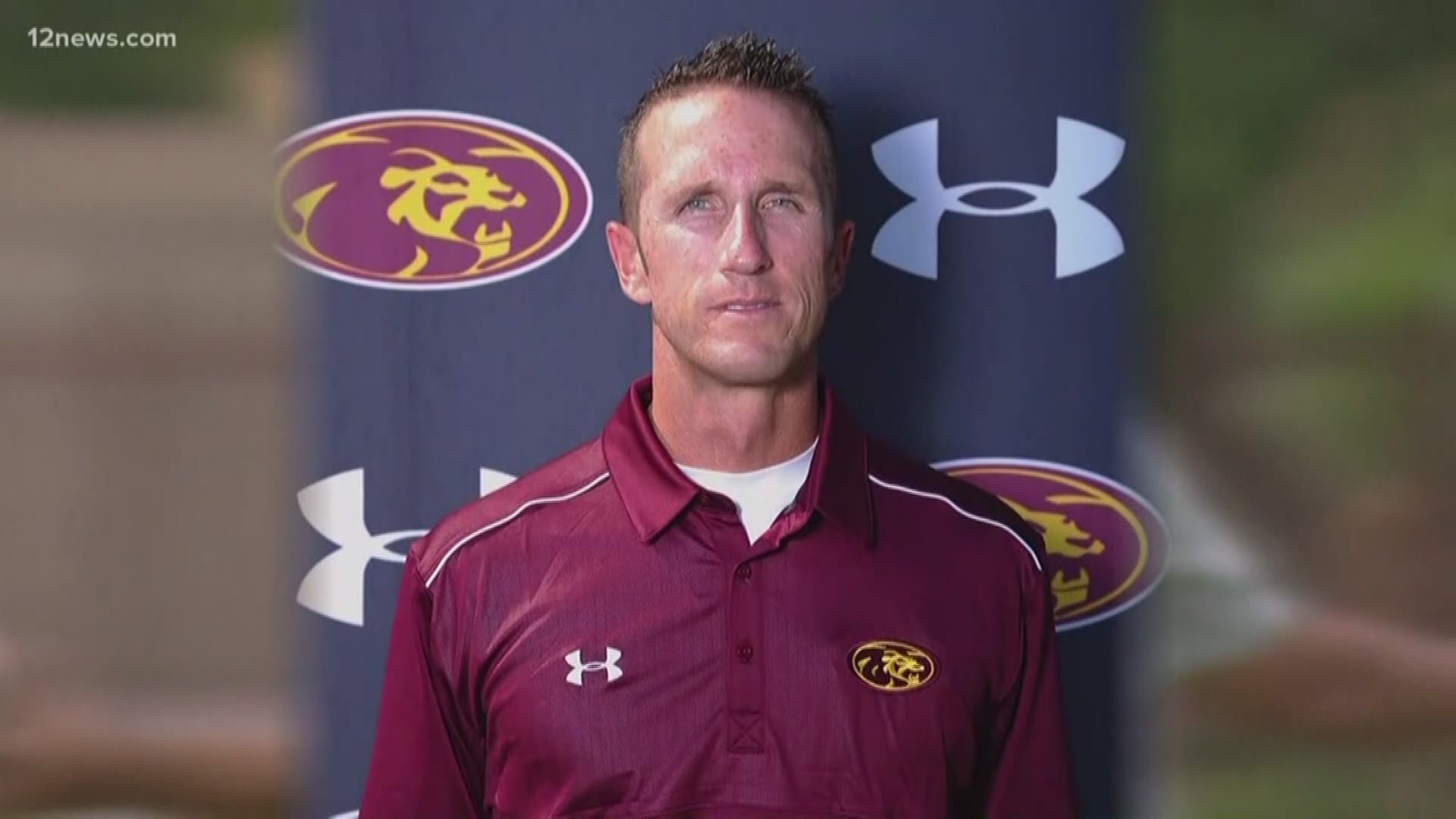 Editor's Note: If you have any tips regarding this incident email them to connect@12news.com

A teacher and coach at Mountain Pointe High School is being accused of sharing "protected information" about the school's varsity football and boys basketball team with opposing team coaches, according to the Tempe Union High School District.

Justin Hager, who served as both the girls' basketball coach and varsity football assistant coach, resigned in lieu of termination on Monday.

According to the district, there is evidence that dates back to 2017 showing Hager shared information about formations, game plans, signals and player eligibility with opposing coaches. Hager sent the head coaches at Pinnacle, Highland, Perry, Chandler and others, this information through an anonymous email, the district said.

The district obtained emails allegedly sent from Hager to other high school coaches since 2017 and sent them to the Arizona Interscholastic Association.

Under an email "WalterPayton12@yahoo.com" Hager communicated with opposing coach of at least 10 different teams. You can read those emails below.

In the emails obtained by the district and sent to the AIA, it shows only two coaches responded to "WalterPayton12."

Jones responds, "why do you think they will do what they did against Chandler?"

The emails resume in August of 2019 when "WalterPayton12" sends plays and strategy to Faith Lutheran (Las Vegas) and once again to Pinnacle football's Dana Zupke.

The Faith Lutheran head coach responded to the email saying "I don't believe in cheating." Mountain Pointe won that game 40-17.

Perry football coach Preston Jones, before the state semifinal in Nov. 2017, and Faith Lutheran head coach Vernon Fox, who said he wasn't interested, were the only coaches to respond, according to emails obtained and released by the district.

Mountain Pointe coaches and school administration were not informed by opposing coaches about what was going on until the game Faith Lutheran.

“It took a Christian coach from Vegas to say something," David Hinojosa, a Mountain Pointe parent and football team sponsor, said.

While tearing down other Mountain Pointe teams, Hager pumped himself up. In a WalterPayton12 email to a local media outlet, he wrote, "Many think recognition of the Mountain Pointe girls basketball team should be shown ... [Coach Hager] is as humble as ever and would never want any recognition ... We hope we can keep him!"

Hinojosa said he did a lot of filming on the sidelines and he would hear the players coming back saying, "They know our plays they know our formations."

The school said their staff is devastated to see the kids being hurt in this way, and Hinojosa and others are just trying to figure out why it happened.

The school said it has sent all of the information on Hager over to the Arizona Interscholastic Association. The AIA will be the one to decide whether or not other coaches and teams will be punished for possibly using the information they were sent.