Houston will get Dante Exum, Rodions Kurucs and four first-round picks, as well as Victor Oladipo. 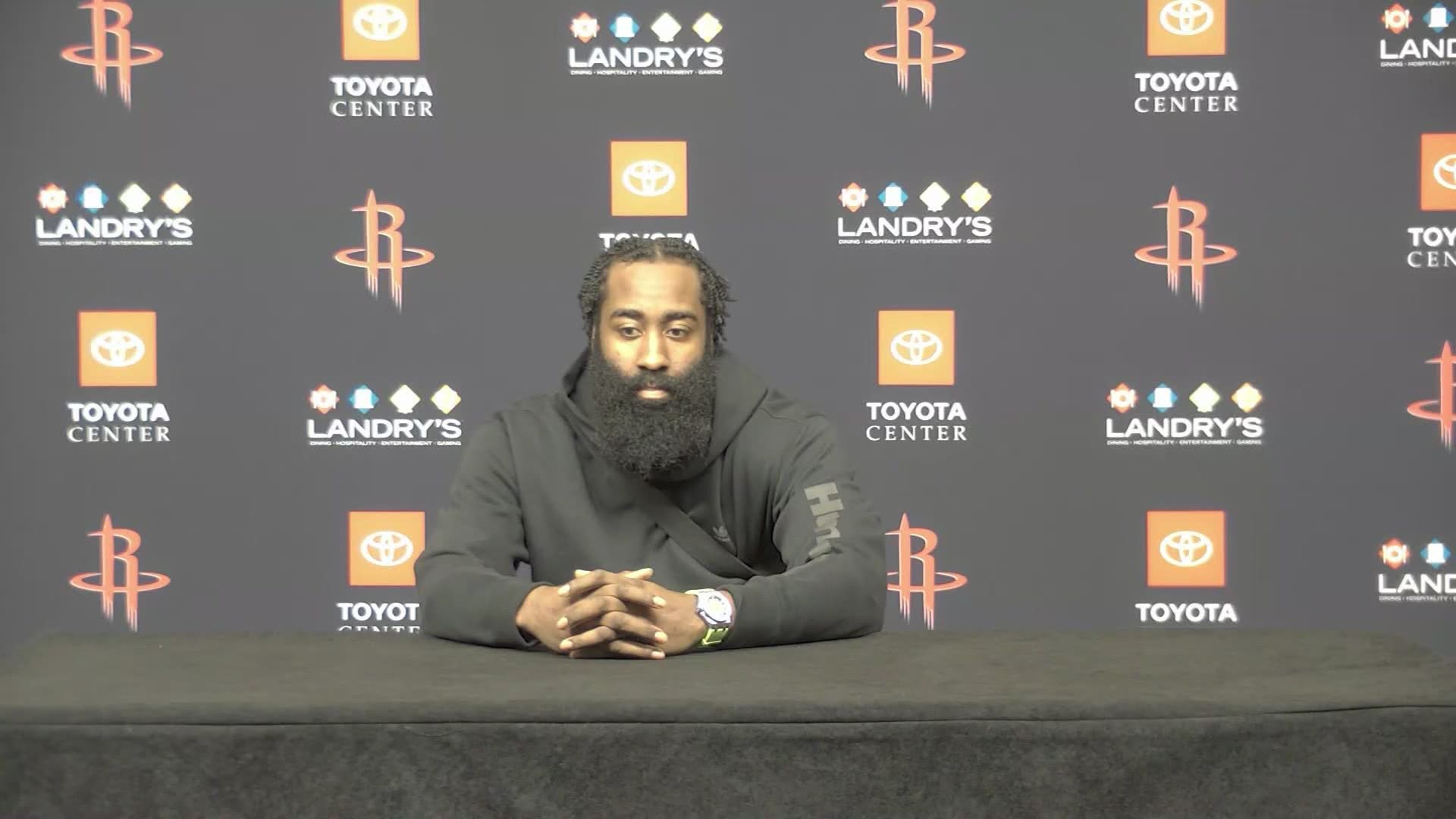 HOUSTON — The Brooklyn Nets are getting James Harden as part of a trade involving the Houston Rockets, Cleveland Cavaliers and Indiana Pacers, according to multiple reports.

NBA.com reports Houston will get Dante Exum, Rodions Kurucs and four first-round picks, including Cleveland's 2022 first-round pick from the Milwaukee Bucks. Jarrett Allen and Taurean Prince are headed to Cleveland in the deal.

Houston initially also received Caris LeVert from the Nets but instead will acquire Victor Oladipo from the Indiana Pacers in exchange for LeVert, per NBA.com.

Harden, after a 117-100 loss to the Los Angeles Lakers Tuesday, spoke during the postgame press conference about the state of the Rockets.

"We're just not good enough," he said. "This situation is crazy. It's something that...I don't think can be fixed, so, yeah, thanks."

Harden, the 2018 NBA MVP and eight-time All-Star, was drafted third overall by the Oklahoma City Thunder in 2009. He was traded to Houston in 2012 and led the Rockets to the playoffs every year since. Harden has been the league's leading scorer the last three seasons.