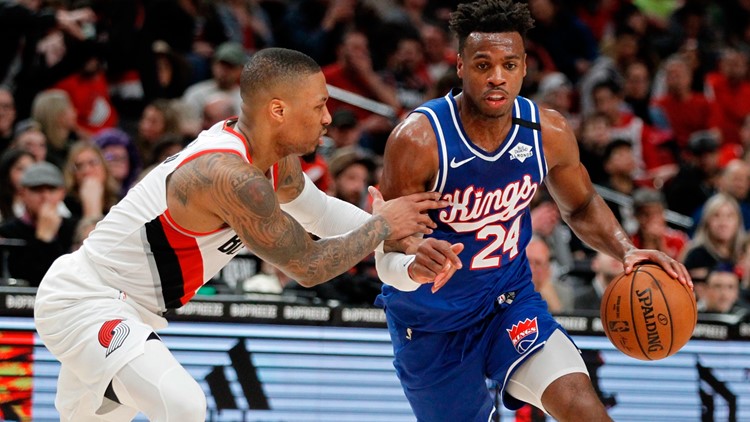 With both teams chasing Memphis for the final Western Conference playoff spot, the Kings won for the fourth time in five games.

Hassan Whiteside led the Blazers with 19 points and 11 rebounds.

Richaun Holmes returned to the Kings lineup on Saturday after missing the last 25 games due to a shoulder injury. He played with a minutes restriction, posting 10 points and pulling down eight rebounds in his 19 minutes off the Sacramento bench.

The Toronto Raptors are in Sacramento awaiting the Kings to return from Portland. Both teams will meet up at Golden 1 Center on Sunday evening with tip-off set for 6:00 p.m.