Damian Lillard scored 13 of his 35 points in the fourth quarter and the Trail Blazers pulled away to beat the Sacramento Kings 122-112 on Friday night. 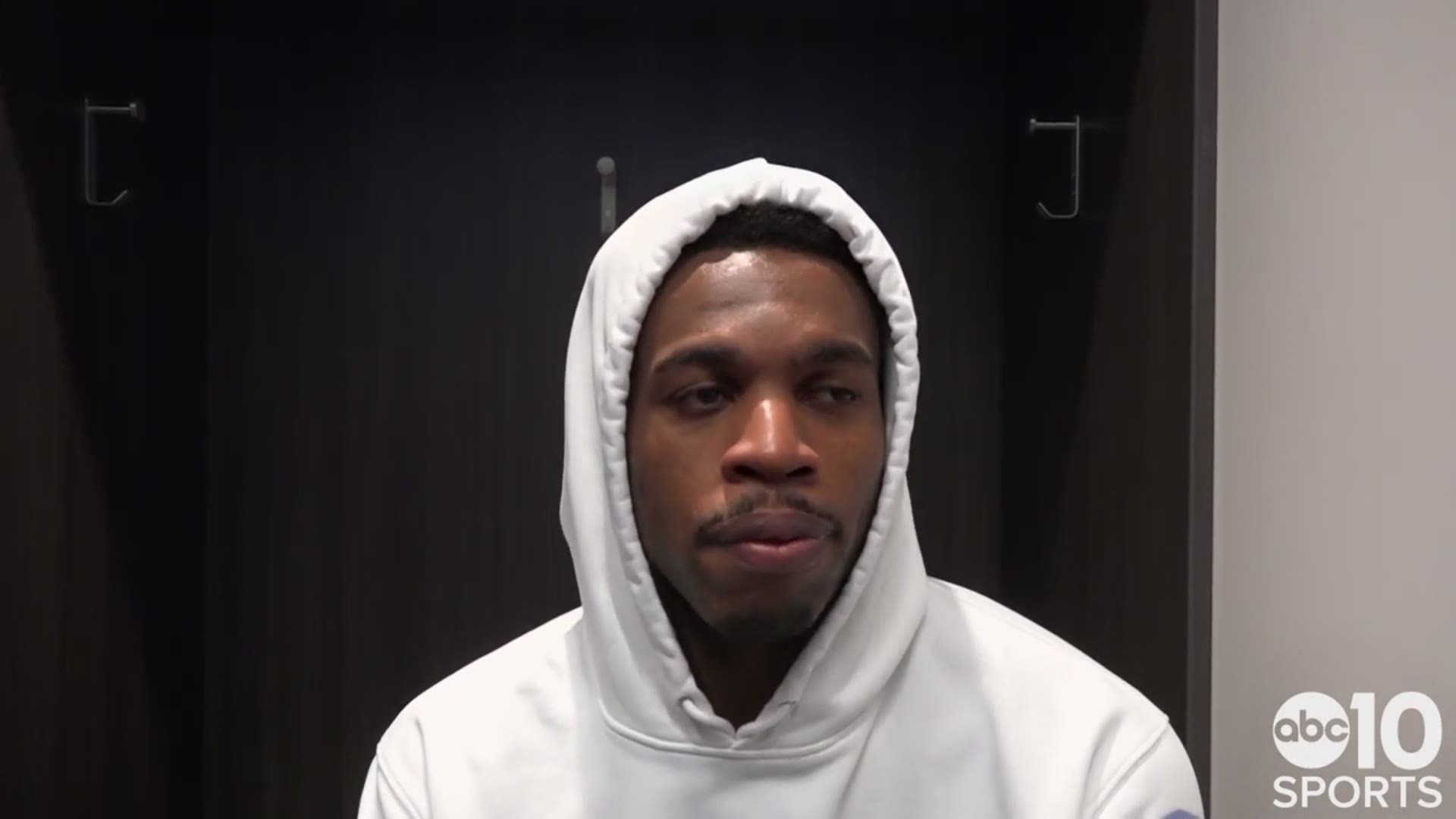 SACRAMENTO, Calif. (AP) - As he watched Damian Lillard take over in the fourth quarter, Hassan Whiteside stood up from his spot on Portland's bench and began pointing to his wrist.

Having seen Lillard repeatedly burn teams with late shots while playing against him, Whiteside knew his new teammate was ready to do it once again.

Lillard scored 13 of his 35 points in the fourth quarter and the Trail Blazers pulled away to beat the Sacramento Kings 122-112 on Friday night. 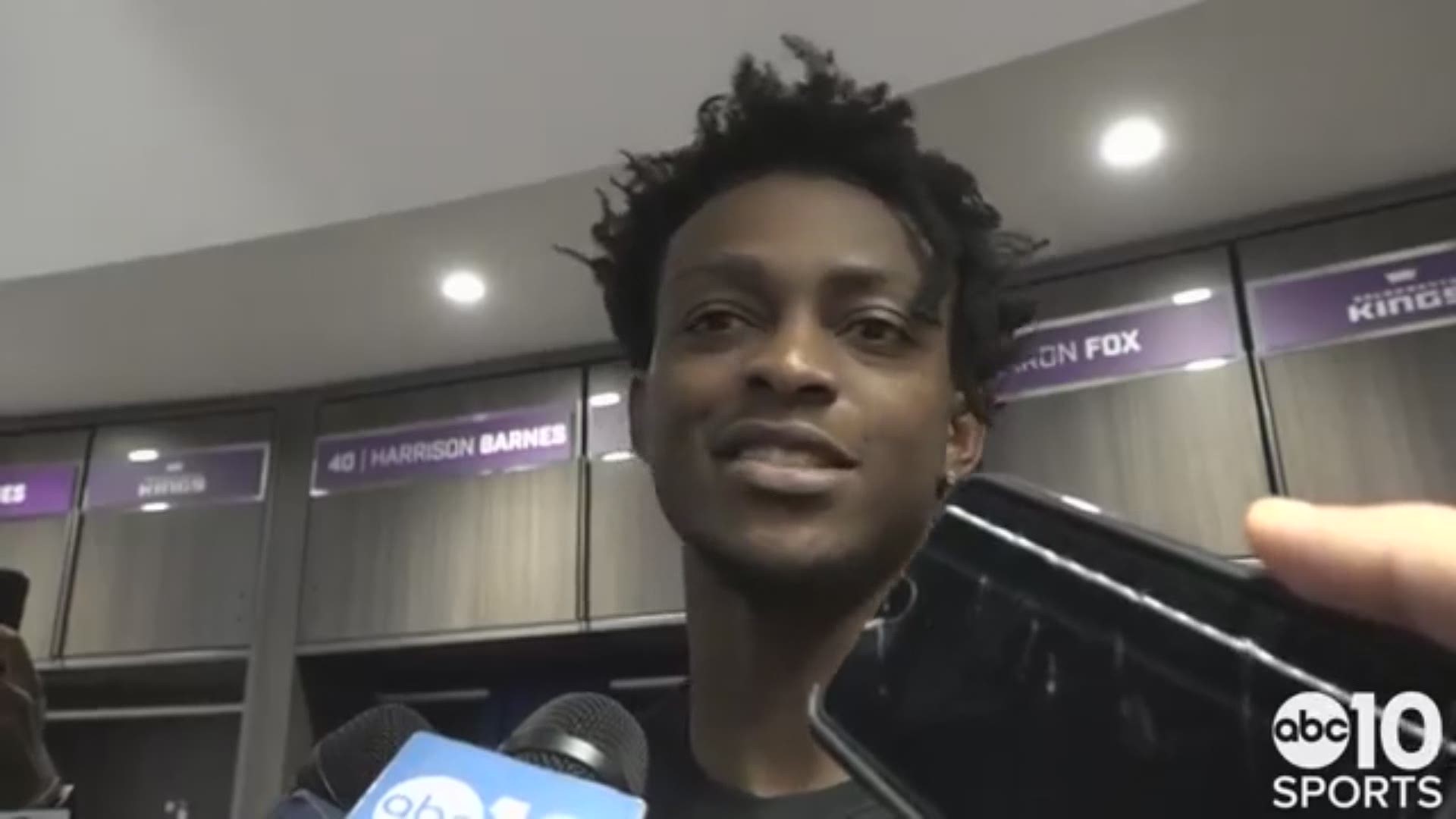 "In the first half we didn't think we played well at all," Lillard said. "We were able to come out and assert ourselves starting the third quarter and pretty much controlled the game through the finish."

Portland (1-1) overcame a sluggish first half but couldn't shake Sacramento until Lillard took over midway through the fourth.

The All-Star point guard weaved through the Kings defense for an uncontested layup, then nailed back-to-back 3-pointers, including one from 31 feet, and a pair of free throws to make it 114-101.

Hield hit a 3-pointer for the Kings but McCollum scored on consecutive trips down the floor and Lillard added his third 3 of the quarter.

It was nothing new to Whiteside. He's seen it all before from both Lillard and McCollum. The only difference now is Whiteside's vantage point.

"That's part of the reason I was so excited coming here," Whiteside said. "I knew what it was. I've guarded it. Being out there with those guys means a lot."

"That was a really challenging game," Stotts said. "Sacramento plays a style that's really tough to guard. We made most of our runs when we defended well." 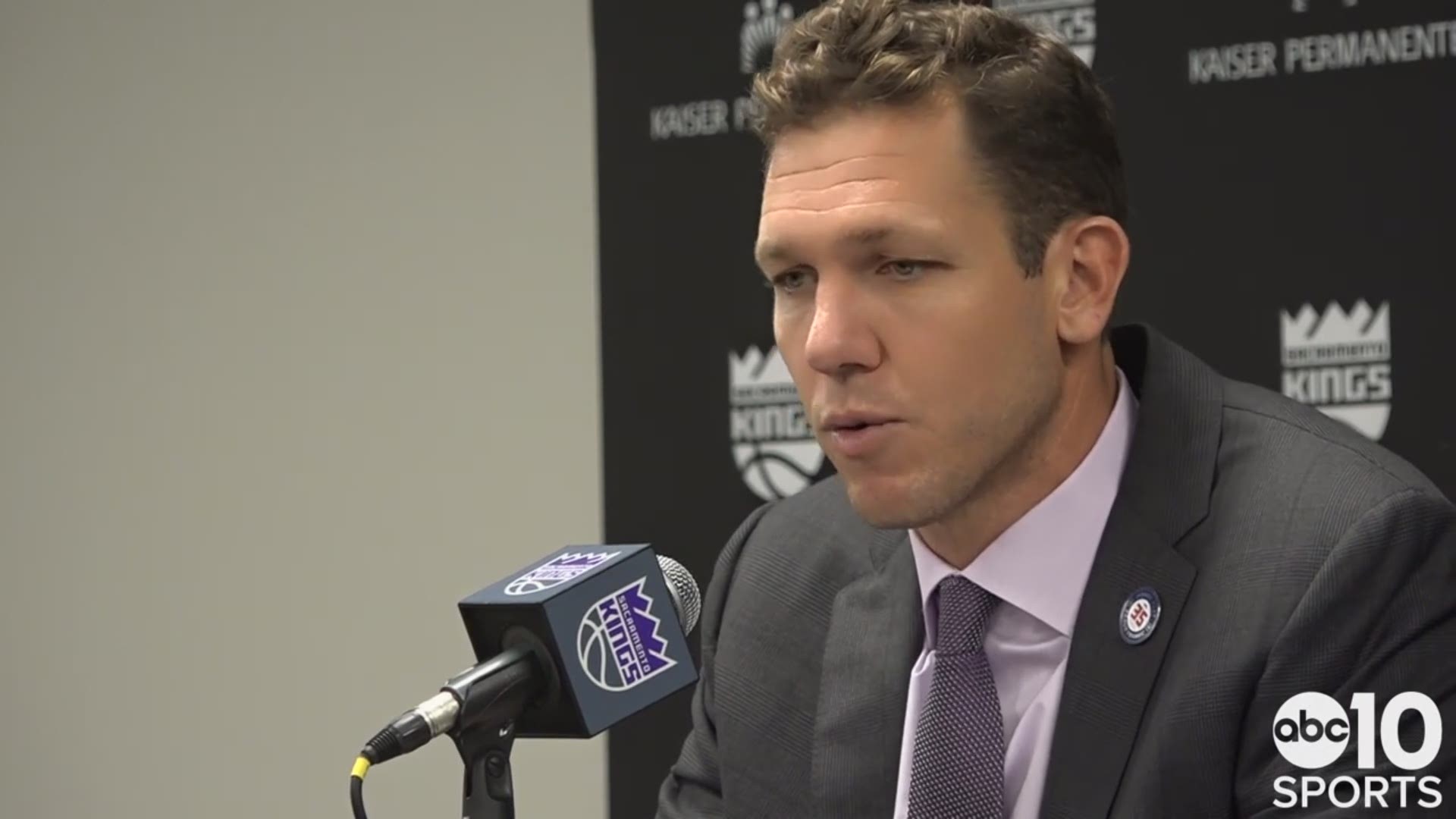 "We need to be able to get stops, and tonight we were not able to," Walton said. "I actually thought we had some nice strides toward the end of the preseason with our defense but it has unfortunately not carried over into the regular season."

Anfernee Simons added 15 points off the bench for Portland.

Sacramento controlled most of the first half and led by seven late in the second quarter before Portland closed on a 12-5 run. McCollum fueled the surge with a steal, dunk and short floater, and Lillard made a step-back 22-footer over Fox to tie it at 57.

It helped that Sacramento's two centers, Dewayne Dedmon and Richaun Holmes, were in foul trouble, forcing the Kings to go with a smaller lineup.+ 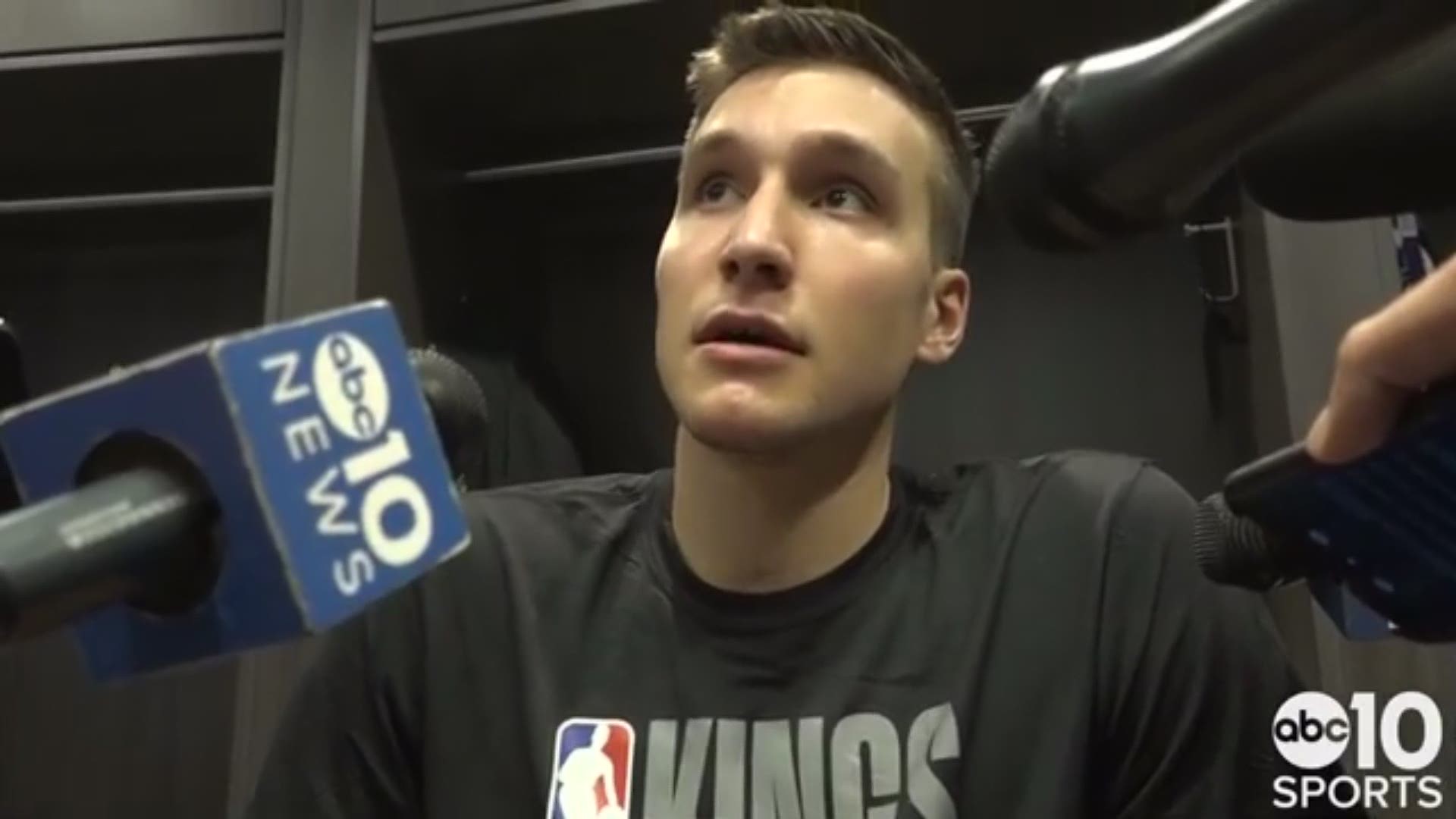 Trail Blazers: Lillard picked up two fouls in a five-second span early in the first quarter. ... Simons scored 10 points in the second quarter after being held to five on 2-of-7 shooting in the season-opening loss to Denver.

Kings: Marvin Bagley III, who broke his right thumb in the opening loss at Phoenix, did not play and is expected to miss four-to-six weeks. Harry Giles (left knee soreness) also was held out. 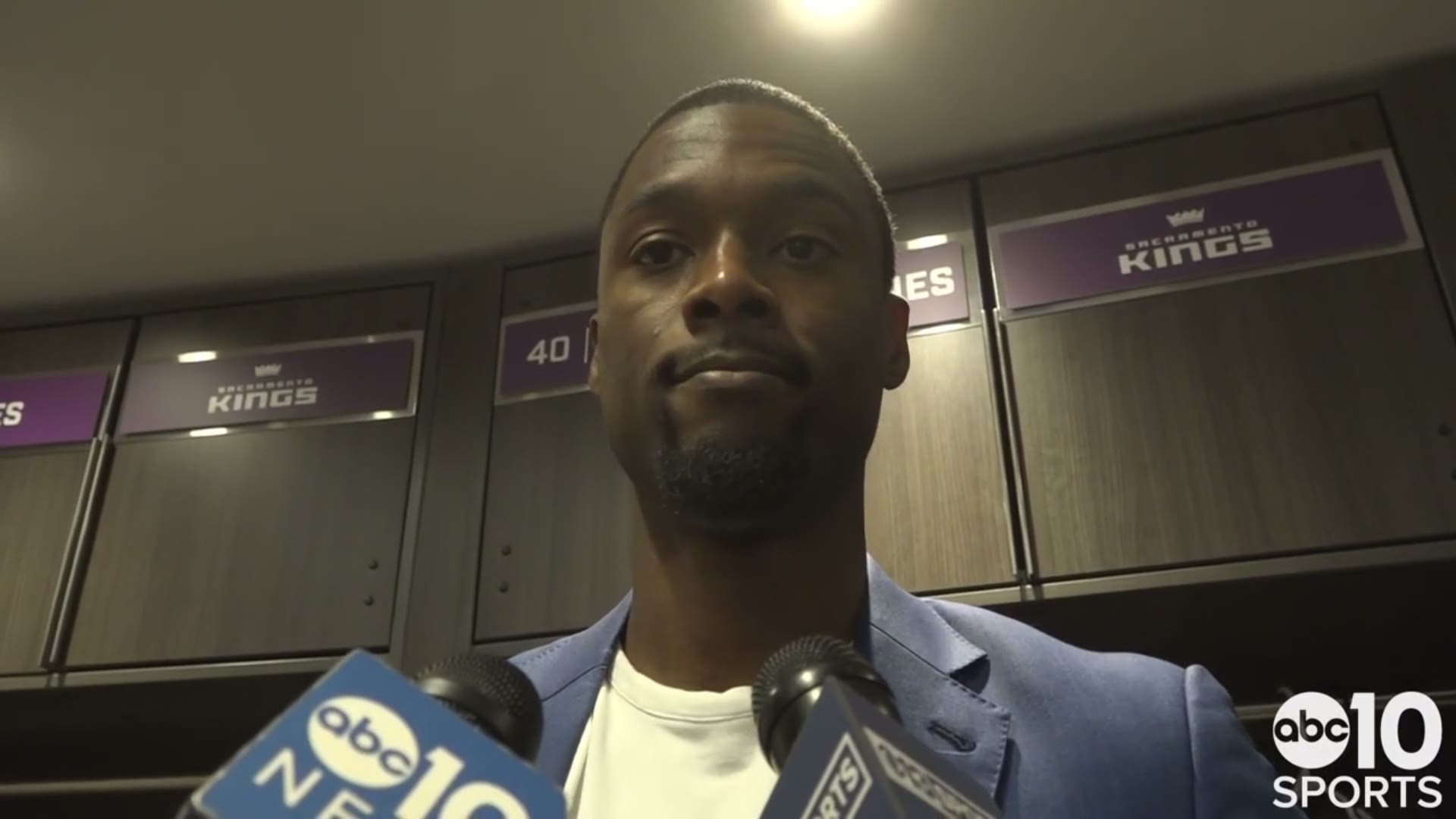 Chris Webber attended the game and sat courtside next to Kings owner Vivek Ranadive. Webber, a four-time All-Star with Sacramento and one of the most popular players in franchise history, was greeted with a loud ovation from the Golden 1 Center crowd.

Kings: Play at Utah on Saturday. Sacramento has lost two straight against the Jazz.