The Sacramento Kings have made it official, announcing they signed guard De’Aaron Fox to a multi-year extension 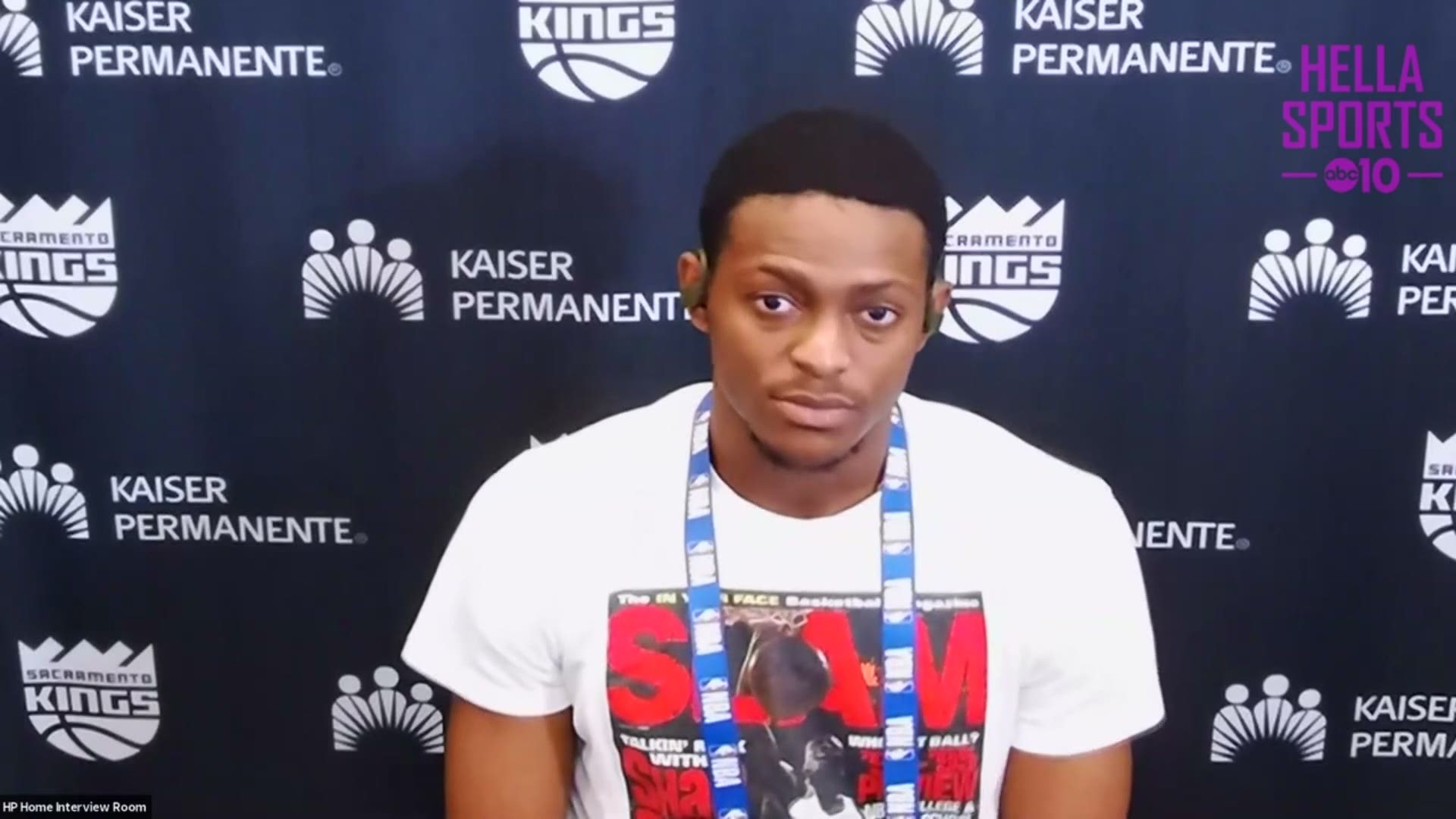 SACRAMENTO, Calif — It was a decision that was expected all summer, and shortly after the free agency period opened up last Friday, the Sacramento Kings wasted little time and agreed to a maximum contract extension with De'Aaron Fox to keep him as the face of the franchise for years to come.

Fox's new, multi-year deal was announced officially by the Kings on Wednesday morning.

Fox becomes the first player from the 2017-18 rookie class to get a max-deal. A four-year deal worth $163 million, which includes a clause that could reach the super-max at $195.6 million, if he reaches specific milestones, according to sources.

Those sources spoke to ABC10 on the condition of anonymity, because it is policy not to publicly disclose the terms of contracts.

Fox, who was selected fifth overall in the 2017-18 NBA Draft, is now the owner of the richest contract in Kings franchise history.

Here are the numbers on the De'Aaron Fox extension

$163M that could increase if the cap goes north of $112M and Fox reaches All-NBA:

“De’Aaron is amongst the elite young guards in the league and I can’t say enough about how excited we are to have his talent, leadership and potential remain in Sacramento for years to come,” said new General Manager Monte McNair. “His speed and dynamic playmaking ability along with his aggressive defensive mindset are core to our team’s identity. Not only is De’Aaron a fierce competitor who is committed to winning here, his charisma and integrity are characteristics we value greatly. I anticipate a bright future ahead for him and the organization.”

My soul is on solace surrounded by angels and soldiers on soldiers pic.twitter.com/ZuEIbPEv59

Fox, who will turn 23-years-old next month, is entering his fourth season in the NBA. Last season he averaged 21.1 points, 3.8 rebounds, and 6.8 assists per game.

“I would like to thank Vivek and Monte for this opportunity to continue my career with the Kings,” said Fox. “It has been an honor to play in front of the best fans in all of sports and begin my career here in Sacramento. I look forward to getting back on the court with my teammates, competing hard every night and leading this team to the next level.”

The Kings said a virtual press conference would be held at a later date.