How to watch the Sacramento Kings and the NBA draft

The Sacramento Kings have the 9th pick in Thursday's draft. Here's how you can watch who the team selects. 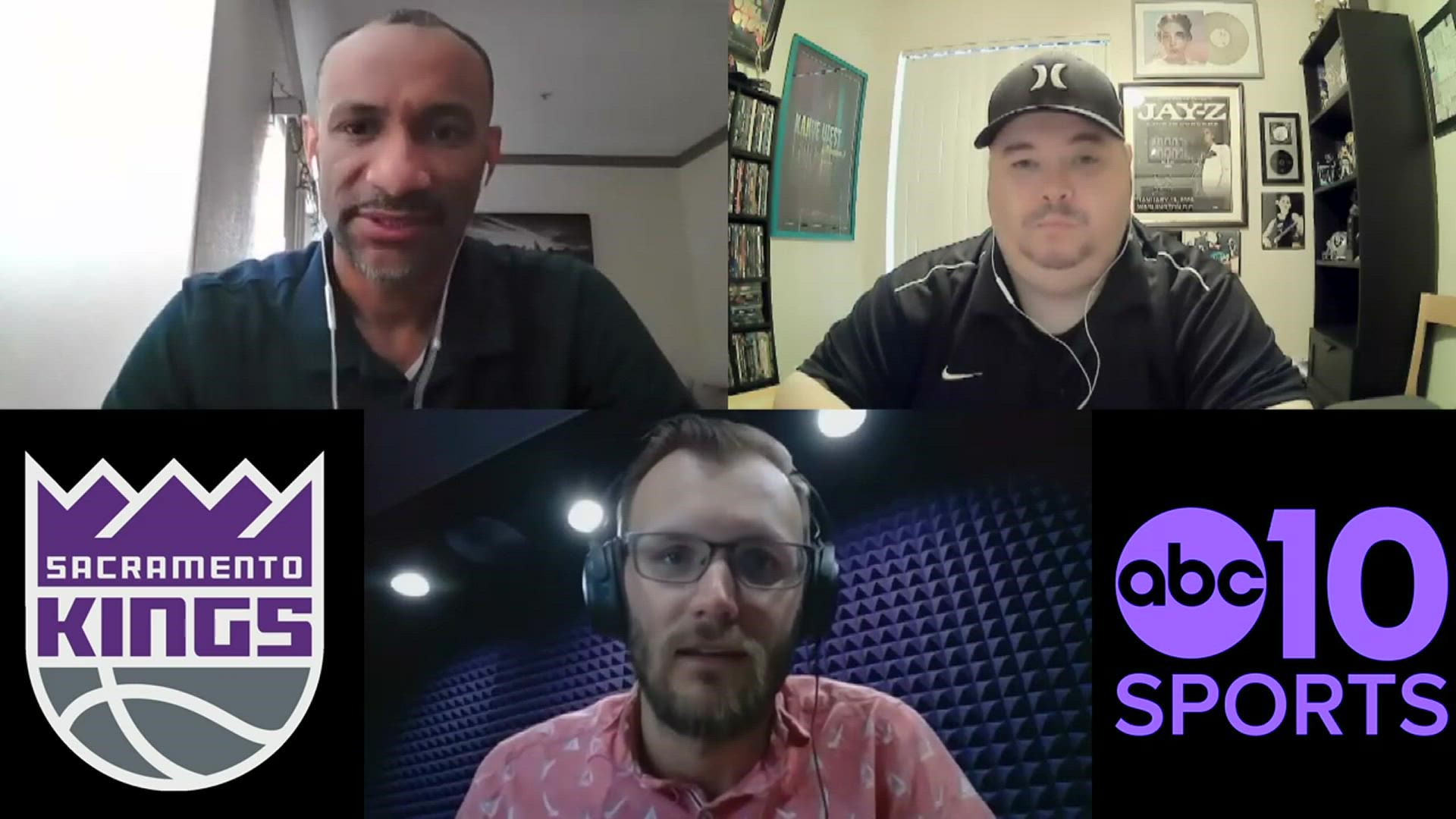 The Detroit Pistons hold the No. 1 pick and are expected to select former Oklahoma State guard Cade Cunningham with the selection. But, there are strong prospects right behind him including Jalen Green, Evan Mobley, Jalen Suggs and more.

The 2021 NBA Draft is taking place at the Barclays Center, home of the Brooklyn Nets, on Thursday, July 29. The first round of the draft is scheduled to start on Thursday at 5 p.m. PST.

Tune into ABC10 at 5 p.m. as the first round of the draft will be simulcast on ABC and ESPN, while the second round will be broadcast on ESPN.

What picks do the Sacramento Kings have?

The Sacramento Kings select 9th in the first round and 39th in the second round.

The Pistons hold the top pick after winning the NBA Draft Lottery, followed by the Houston Rockets and Cleveland Cavaliers to round out the top three.

31. Milwaukee (from Houston)
32. New York (from Detroit via the LA Clippers and Philadelphia)
33. Orlando
34. Oklahoma City
35. New Orleans (from Cleveland via Atlanta)
36. Oklahoma City (from Minnesota via Golden State)
37. Detroit (from Toronto via Brooklyn)
38. Chicago (from New Orleans)**
39. Sacramento
40. New Orleans (from Chicago)**
41. San Antonio
42. Detroit (from Charlotte via New York)
43. New Orleans (from Washington via Milwaukee, Cleveland, and Utah)
44. Brooklyn (from Indiana)
45. Boston
46. Toronto (from Memphis via Sacramento)
47. Toronto (from Golden State via Utah and New Orleans)
48. Atlanta (from Miami via Sacramento and Portland)
49. Brooklyn (from Atlanta)
50. Philadelphia (from New York)
51. Memphis (from Portland via Dallas, Detroit, and Cleveland)
52. Detroit (from Los Angeles Lakers via Sacramento, Houston, and Detroit)
53. New Orleans (from Dallas)
54. Indiana (from Milwaukee via Houston and Cleveland)
55. Oklahoma City (from Denver via Golden State and Philadelphia)
56. Charlotte (from LA Clippers)
57. Charlotte (from Brooklyn)
58. New York (from Philadelphia)
59. Brooklyn (from Phoenix)
60. Indiana (from Utah)

** Order assumes that Chicago exercises its right to swap the #40 pick for the #38 pick.

SUBSCRIBE: The Locked On NBA podcast is your daily podcast for all things NBA. Listen for free wherever you get your podcasts.

Kings Talk: What will Sacramento do in the NBA Draft with the 9th overall pick?