Tennant calls Walton a former longtime friend and mentor who wrote the foreword to a book she had written. 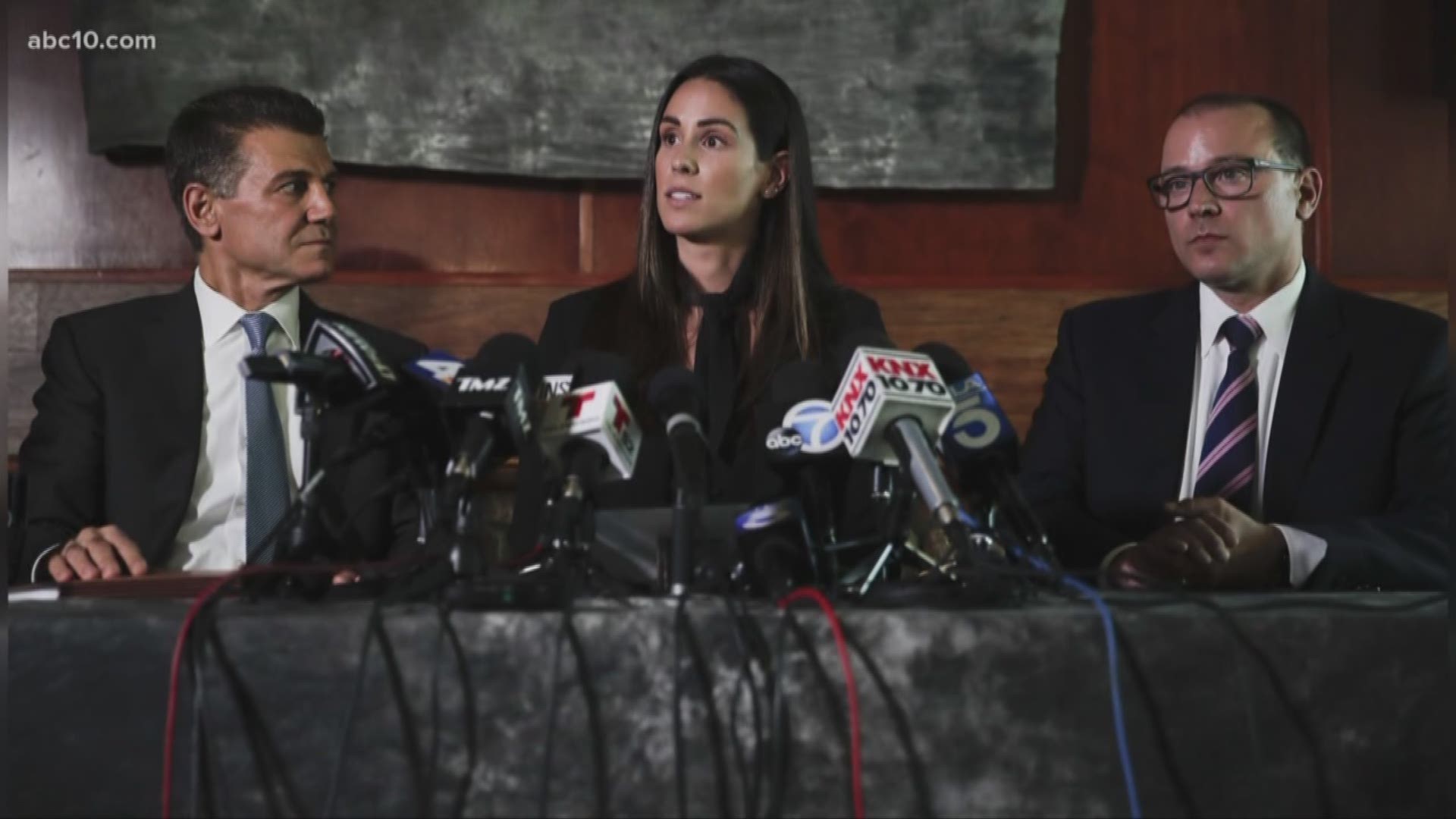 SACRAMENTO, Calif. — Sacramento Kings coach Luke Walton says sexual assault allegations against him are not backed up by facts and are designed to attract media attention.

Walton made his comments in a court brief filed Wednesday in response to a lawsuit by former sportscaster Kelli Tennant. The lawsuit is filed in Los Angeles Superior Court, and the Sacramento Kings and the NBA are jointly investigating the accusations.

Walton's court filing claims Tennant filed a lawsuit nearly five years after the alleged assault, which the brief calls a "pleasant encounter," after she quit two jobs and needed money.

Tennant has said Walton attacked her in 2014 when he was an assistant coach for the Golden State Warriors, but she was too afraid to file charges though she did confide in others at the time.

"I was scared," she said. "I felt coming forward would jeopardize every aspect of my life."

Tennant calls Walton a former longtime friend and mentor who wrote the foreword to a book she had written. When the coach was on a Warriors road trip to Los Angeles, she met him in the lobby of his Santa Monica hotel and he invited her to his room, she said. They discussed the book, and Walton allegedly grabbed her.

"Out of nowhere, he got on top of me and pinned me down to the bed and held my arms down with all of his weight while he kissed my neck and my face and my chest," Tennant said at an April news conference, adding that when she asked him to get off, "he laughed at me."

Tennant's attorney, Garo Mardirossian, has said it's unlikely police would be able to put together a criminal case. Walton's lawyer, Mark Baute, has called Tennant "an opportunist, not a victim."

The Kings held a news conference Monday in Las Vegas to introduce free-agent signees, but declined to comment on Walton's filing. "There is an ongoing independent investigation and we do not have any further comment at this time," the team said in a statement.

The court filing last week says the encounter was "very short, entirely pleasant and consensual," and it did not include raised voices or groping. In the filing, Walton said he did not write a foreword for Tennant's book and does not consider himself a mentor to her. They briefly worked at Spectrum Sports at the same time.

The court filing characterizes the meeting as "platonic in nature" where Tennant was "entirely pleasant during the encounter." The filing also states Tennant waited beyond the statute of limitations to come forward and has no basis to seek economic relief from Walton because she quit her job at Spectrum Sports for reasons unrelated to him.

Walton is seeking for the lawsuit to be dismissed and Tennant to pay his costs and attorneys' fees.

Tennant's lawyer, Mardirossian, on Monday said his client will prove her case through testimony in front of a jury. He disputed that Tennant sought media attention, saying the press hounded her until she gave a news conference.

Mardirossian noted that Walton's filing acknowledges that an encounter took place and said the coach is "half-heartedly denying things."

Attorneys for Walton could not immediately be reached for comment.