Ahead of Thursday's game at the Golden 1 Center, Stevante Clark, brother of Stephon, spoke on why he feels people shouldn't protest at the arena. 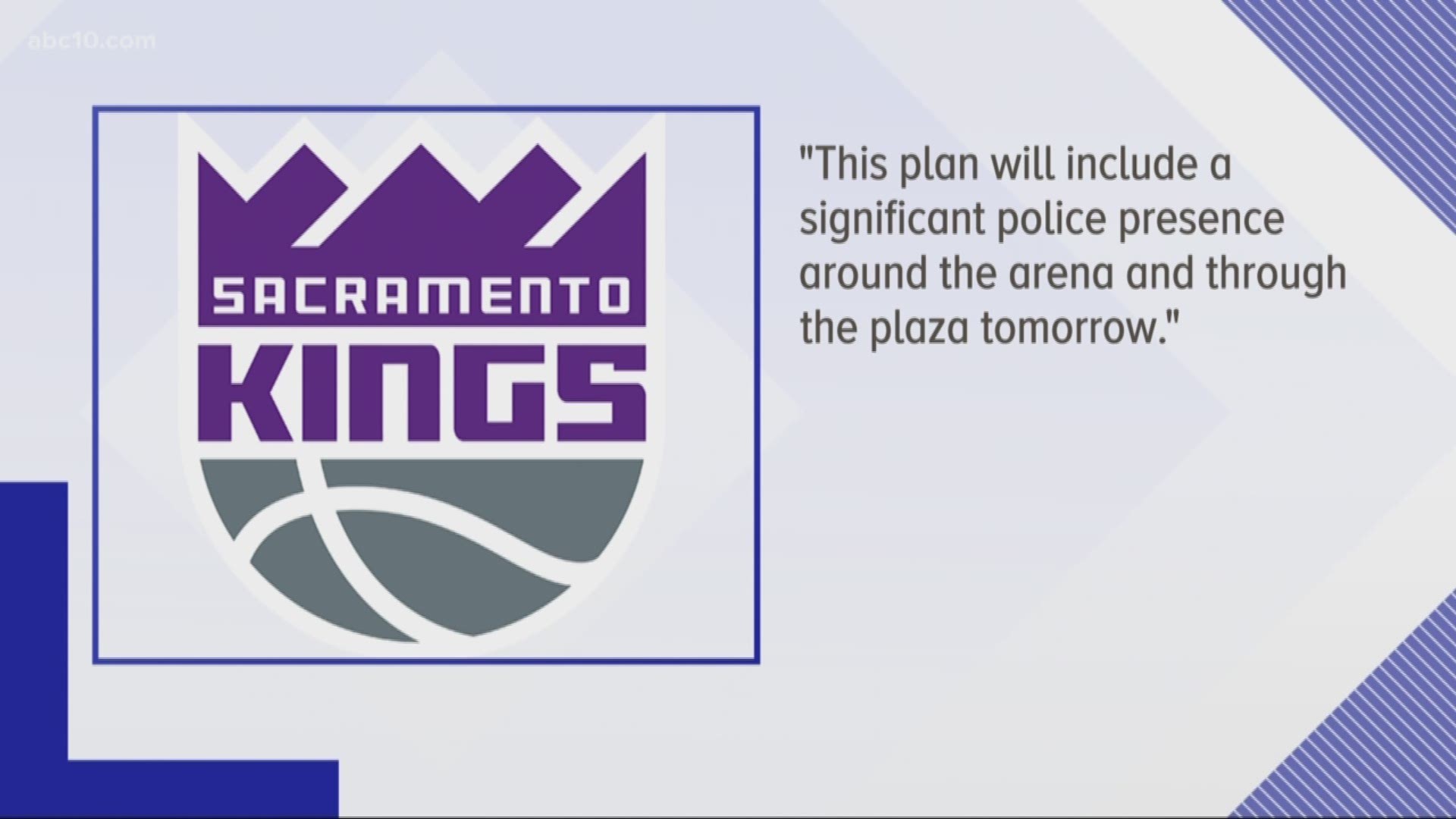 UPDATE - According to the Sacramento Kings:

Prior to tomorrow’s game, the plaza will be closed to non-ticketed guests to ensure that fans and guests can enter the building safely. The security measures in place for the tomorrow’s game include ticket checks on the perimeter of the plaza, additional Sacramento Police officers and security personnel, new barricades and crowd control measures designed to create safe passage for ticketed guests into the arena.

Protesters marched throughout downtown Sacramento sparked by the shooting death of Stephon Clark, an unarmed 22-year-old man who was shot and killed by two Sacramento police officers.

The protests have contained numerous traffic stops, freeway entrances blocked and also included Golden 1 Center to be put on lockdown with protesters barring fans from getting inside the arena.

On Thursday, the Sacramento Kings will play host to the visiting Indiana Pacers at the Golden 1 Center at 7 p.m.

The Kings released the statement below to fans worried about getting in Golden 1 Center and arena security preparations:

Thank you for your patience and understanding as we work with the Mayor, law enforcement, and community leaders in the interest of public safety.

We appreciate your commitment to the team and know we will get through this difficult time together, better, and stronger as a united community.

Today, we write to address the events that happened over the past week.

First and foremost, your safety is our number one priority.

We’ve been working with the Mayor, law enforcement, and community leaders to continue to ensure the safety and security of fans at Thursday’s game and future events. Together, we are committed to bringing guests into the arena safely and tomorrow’s game will proceed as scheduled.

We have updated our security plan with the Sacramento Police Department and they have committed to ensure safe entry for all ticketed guests. This plan will include a significant police presence around the arena and through the plaza tomorrow. Security and ticket checks will continue at the perimeter of the plaza. To expedite entry, you are encouraged to arrive early and have your ticket ready to show staff.

We are dedicated to ensuring your safety at Golden 1 Center and we look forward to welcoming you to the game tomorrow.

Thank you for your support as we unite and work through this together.

In the past week, protesters blocked entrances outside the arena for two games. The first one was against the Atlanta Hawks on March 22 and the second against the Dallas Mavericks on March 27.

Kings' owner Vivek Ranadive addressed the crowd following their game against the Hawks to show that the organization stands with the community. Also, during the Boston Celtics game on Sunday, players wore warm-up shirts that had #StephonClark and released a PSA, with Celtics players, calling for change.

Stevante Clark, brother of Stephon, spoke about the protests and why he feels people shouldn't protest at the Golden 1 Center.

"The second time, it was not cool," said Clark. "We don't support people shutting down businesses."

"We should respect them and love them. If you love me, you will love the Kings," said Clark. "If you Shout 'Stephon Clark!' you will never protest at the Kings' arena again."