A memorial of Bryant was installed outside of the Golden 1 Center, and both Lakers and Kings fans came to lay flowers, light candles and sign the wall. 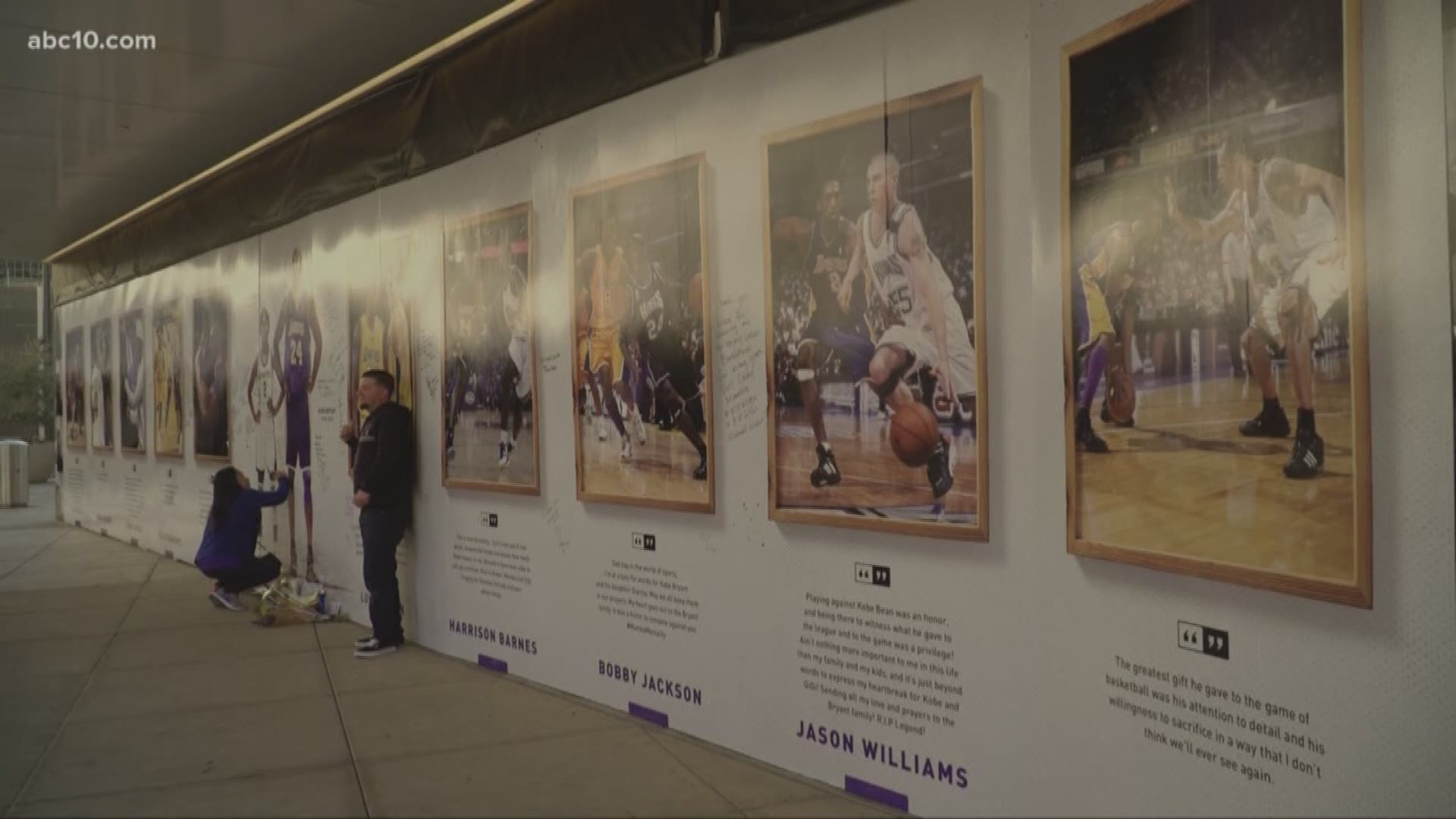 SACRAMENTO, Calif. — It was an emotional game for the Sacramento Kings as they took on the Los Angeles Lakers for the first time since NBA legend Kobe Bryant's death.

Bryant died in a helicopter crash in Calabasas last week, along with his 13-year-old daughter Gianna and 7 others.

Both teams and fans are still reeling over the sudden loss. A memorial of Bryant was installed outside of the Golden 1 Center, and both Lakers and Kings fans came to lay flowers, light candles and sign the wall.

Kings fans also showed up to the game in Bryant jerseys, retired Lakers #8 and #24, to pay respects to the fallen player.

Inside the Golden 1 Center, the Kings opened their game with a tribute to the late NBA legend and his daughter.

“There’s been a lot of emotional moments watching the tribute videos and all the different segments," Kings head coach Luke Walton said at a conference before the game on Saturday. “Hearing stories from all the different players.”

Throughout the game, highlights of Bryant’s career played on the jumbotron as fans cheered “Kobe.”