The Sacramento Kings are opening up tickets to frontline workers as the first fans back into Golden 1 Center on April 20. 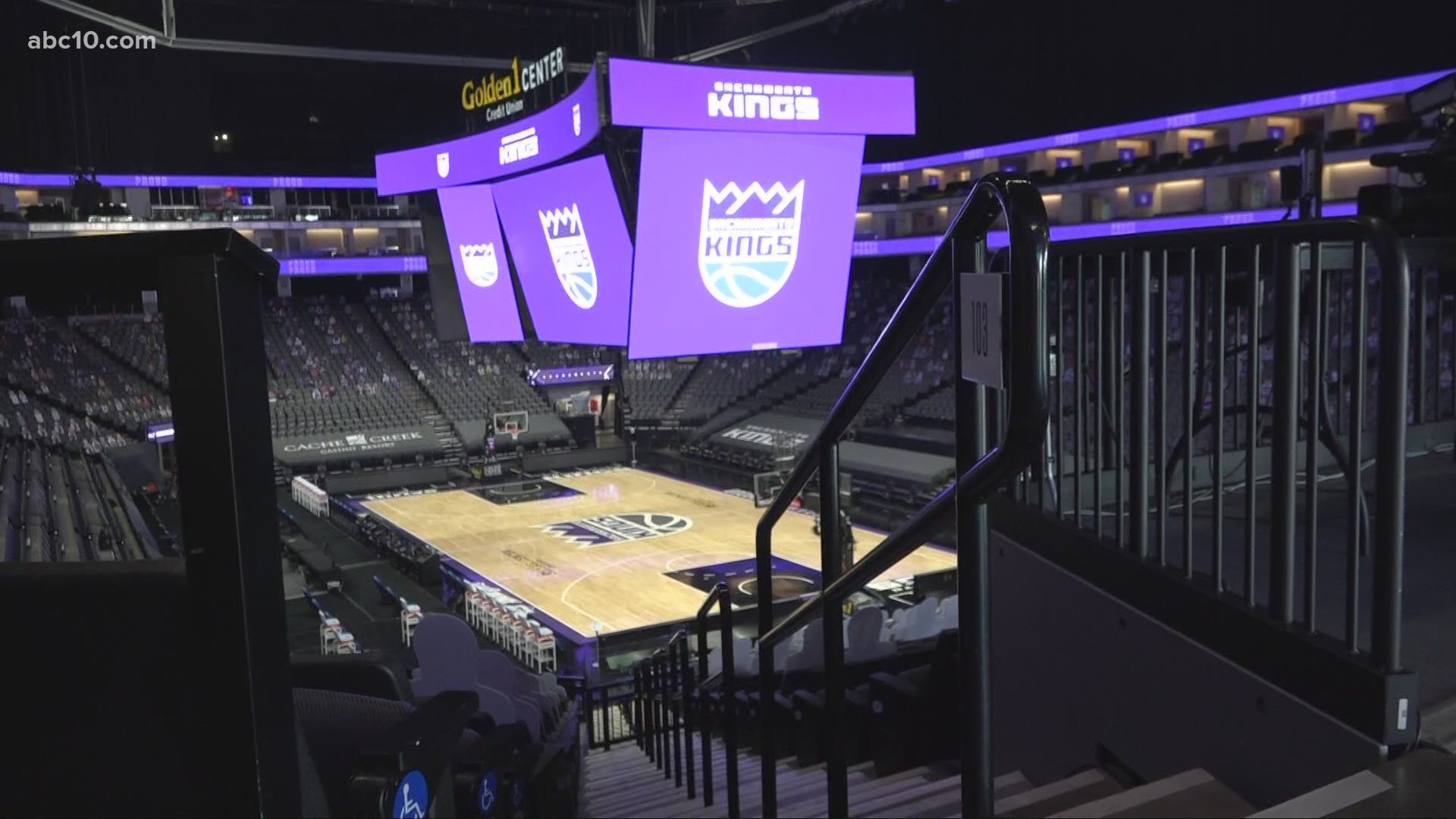 The Kings are going to honor frontline workers in that first game by allowing them to be the first fans back at Golden 1.

The first game will be limited to about 1,600 preselected frontline workers. The Kings will gradually expand the number of fans allowed in the arena throughout the next few games. The cardboard cutouts in the lower bowl, they're not going anywhere either.

The Golden 1 Center will have strict health and safety protocols before fans can attend a game, including showing proof of vaccination or a negative COVID-19 test within three days of the event. Hand sanitization stations, mask requirements, physical distancing signage and cashless and contactless kiosks are just a few of the other changes people will see when they enter the Golden 1 Center.

Another change fans can prepare for is they won't be able to eat in their seats. The Golden 1 Center setup an outdoor dining area outside the grand entrance with a big screen so fans won't miss any of the action.

The Kings are also trying to keep fans safe by only offering contactless tickets. So fans will need a mobile ticket on their phones through the Kings app or Ticketmaster app to attend a game.

Guest service agents will be stationed around the arena to help fans who have technology issues.

Season ticket holders have a pre-sale opportunity starting Wednesday, April 14 at 10 a.m. to get their tickets while tickets go on sale to the general public on Friday, April 16 at 10 a.m. on Kings.com.

WATCH MORE FROM ABC10: Jerry Reynolds honored by Sacramento Kings for 35 years of service, media entrance named after him

Jerry Reynolds, who has served many roles with the Sacramento Kings over his 35 years with the franchise, talks to ABC10 about being honored by the organization.