Members of the Sacramento Kings went inside the gates of Folsom State Prison to join incarcerated individuals for the 1st NBA 'Play for Justice' event. 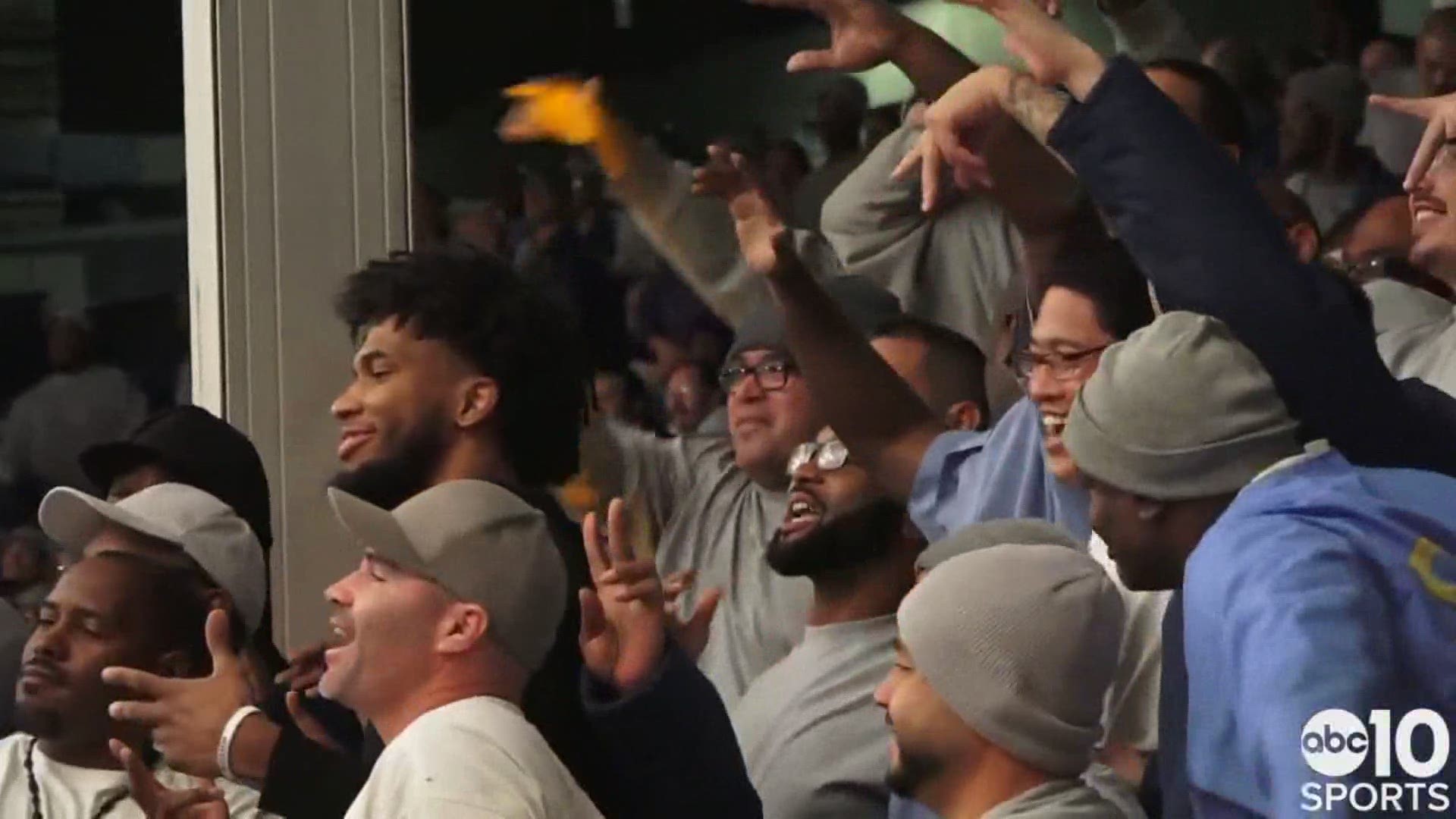 FOLSOM, California — The Sacramento Kings added another first to their season this past week.

In partnership with the REPRESENT JUSTICE Campaign, the Kings paid a visit to Folsom Prison to meet and speak with incarcerated individuals, as well as play a game of basketball with them, too. One Community and the Anti-Recidivism Coalition [ARC] participated in the event, as well.

According to its website, the REPRESENT JUSTICE Campaign hopes to "spark action that creates public demand for a fair legal system, dignity for system impacted communities, and an end to extreme sentences."

"Sports franchises have a unique opportunity to bring about positive change, which is why in the past year, the Kings and the Bucks brought together leaders from across two cities to share best practices and find new solutions to social injustices," Ranadivé said in the release. "This collaboration with REPRESENT JUSTICE is another example of how we can use our platforms for good.”

Adnan Khan, a REPRESENT JUSTICE Campaign surrogate, Co-Founder and Executive Director of Re:Store Justice, said in a press release that he wants people to see "I am the reflection, not the exception, of humanity that's hidden inside our prison walls."

"In starting and leading a successful justice reform organization, I want to share my story so that redemption and second chances are driving values in the effort to reform our legal system,” Khan said. "With the support of the players involved in Play for Justice, we are taking our message of humanizing system-impacted people far and wide.”

1 / 9
Courtesy: Sacramento Kings
The Sacramento Kings, with the REPRESENT JUSTICE Campaign, visited Folsom Prison for a conversation with prisoners and played an hour-long basketball game with the participants of the discussion.

During the 2018-19 season the Sacramento Kings and Milwaukee Bucks teamed up for Team Up for Change, a daylong event aimed at addressing social injustice.

In January 2018, Milwaukee Bucks guard Sterling Brown was tased and arrested by Milwaukee Police in relation to a parking violation. Bodycam footage showed an officer stepping on Brown's ankles after the guard was on the ground and the incident resulted in Brown filing a civil rights lawsuit against the city of Milwaukee. One of the Milwaukee Police officers present during the arrest was later fired for multiple, derogatory social media posts mocking Brown and his encounter with the 23-year-old.

In March 2018, the Kings responded to the officer-involved shooting death of 22-year-old Stephon Clark by launching multiple community initiatives to provide safe spaces for local youth, particularly within underserved and minority communities.

Inside Folsom State Prison with the Sacramento Kings