arrison Barnes scored on an offensive rebound with 2.9 seconds remaining after Nemanja Bjelica's missed 3-pointer, and the Sacramento Kings won their first game 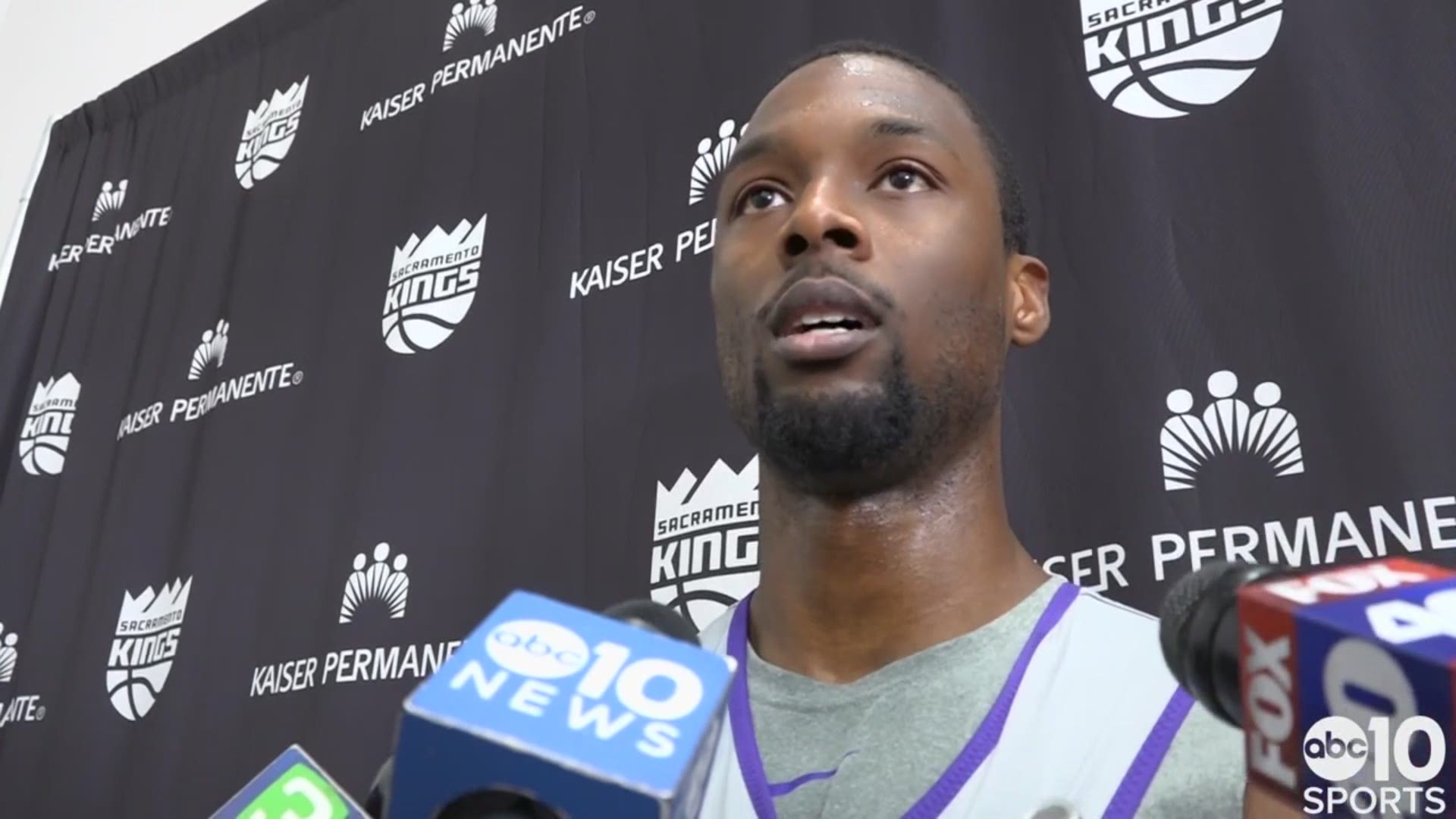 Donovan Mitchell's desperation 3-pointer at the buzzer grazed the front of the rim.

De'Aaron Fox scored 25 points, Buddy Hield had 18 and Bogdan Bogdanovic added 14 to help the Kings (1-5) end their worst start in nearly 30 years. Sacramento entered the game as the only winless team in the NBA.

It wasn't all pretty.

Sacramento committed 17 turnovers, made only 12 of 17 free throws and was outscored 13-5 over the final 5 minutes.

Nearly a week after getting blown out by the Jazz 113-81 in Salt Lake City, the Kings built an early lead, nearly gave it all away, then made a pair of big plays down the stretch to win.

Utah trailed 97-88 before scoring nine straight to tie the game on Mitchell's 22-foot jumper. After Dewayne Dedmon made a 3-pointer for Sacramento, Mitchell fed Gobert for an alley-oop dunk, then scorred on a layup to put the Jazz up 101-100 with 11.2 seconds left.

Bjelica, who made three 3s earlier in the game, missed from the left corner with the clock running down, but Harrison grabbed the rebound and scored the winner.

It's the first time in six games that Utah has allowed more than 100 points.

SEVEN AND OH NO

Sacramento had trouble taking care of the ball and committed seven turnovers in the first quarter. The upside? Utah failed to score a single point off the mistakes.

Kings: Fox made a nice move to shake Conley and left the Utah guard standing at the 3-point line, but missed an open dunk and the ball ricocheted to the other end of the court.

Jazz: Play at the Clippers for the second time in five days on Sunday. Utah beat Los Angeles 110-96 on Wednesday.