While Kings players fight for a chance to play in the playoffs, the team is parting ways with members of its workforce due to the coronavirus pandemic 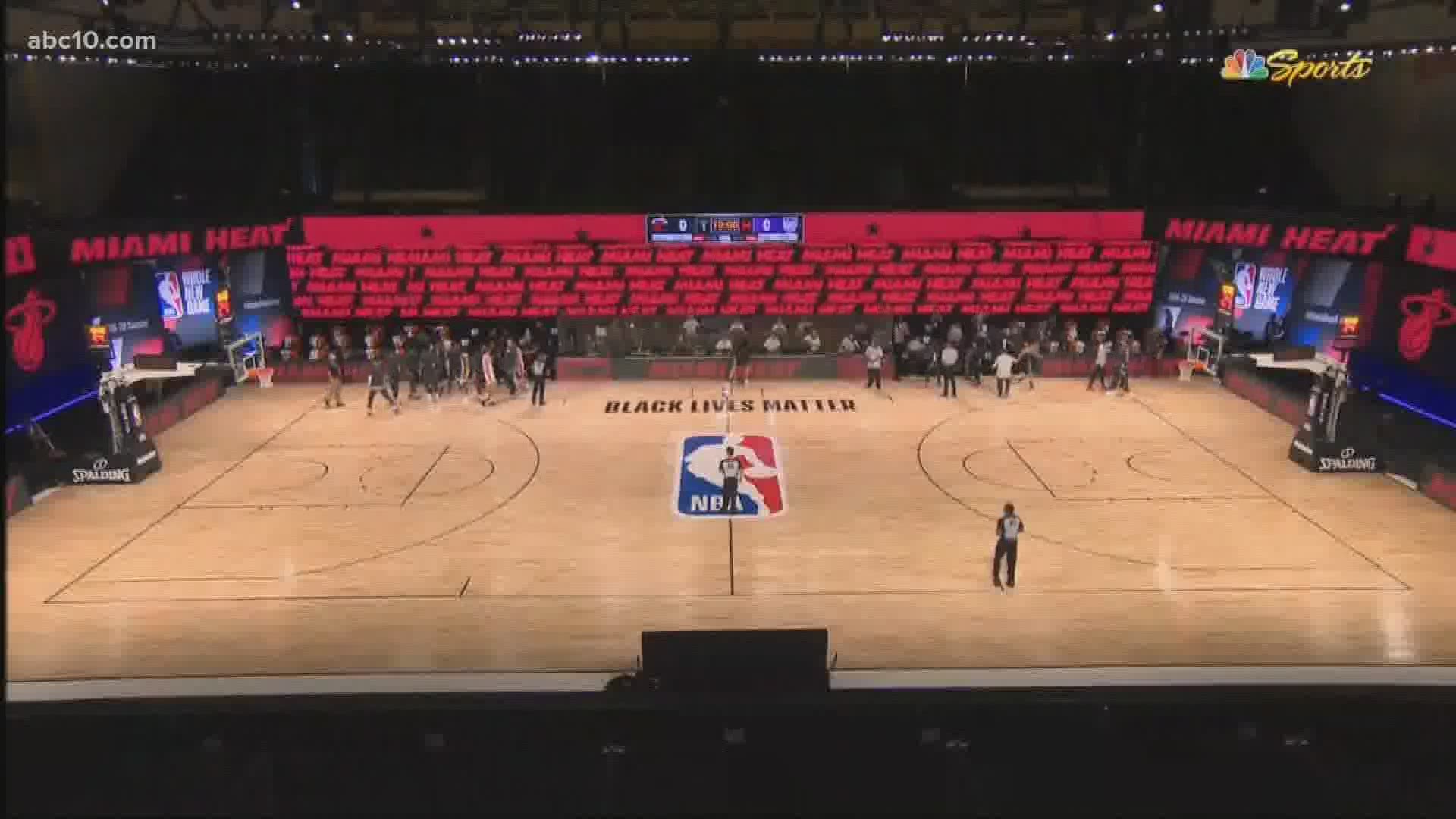 SACRAMENTO, Calif. — As the Sacramento Kings continue to recover financially from the results of the coronavirus pandemic, they, like many other businesses, have had to make tough financial decisions.

According to multiple sources, the Kings made the tough decision to layoff a portion of its workforce on Wednesday, as well as extending a four-month long furlough, which began back on Jun. 1 for select employees, til at least Nov. 1.

While it isn't yet known just how many employees will be laid off, those sources, speaking on the condition of anonymity, say that the number is significant.

According to league sources, no employees in the Kings Basketball Operations department will lose their jobs.

Have heard that no members of the Kings basketball operations department were part of today’s layoffs.

Around 100 employees were impacted by the team’s initial furlough which began June 1.

In a statement to ABC10, John Rinehart, the team's President of Business Operations, blamed the changes on now knowing when live events can return to Golden 1 Center due to the pandemic.

“As part of the organization’s ongoing evolution of efforts to align with the changes in our business, we have made the difficult decision to transition a portion of previously furloughed full-time roles to a reduction in workforce effective July 31 and extend the furlough period for the remaining segment of previously furloughed employees to tentatively November 1,” Rinehart said.

All previously furloughed full-time employees impacted by the reduction in workforce were offered a tenure-based severance and benefits package (minimum of four weeks and up to one year), according to a league source.

The Kings are not the only NBA team to make the decision to trim its workforce.

Earlier this month, the Orlando Magic eliminated 31 full-time workers due to the pandemic. Those layoffs were first reported by The Athletic.

The Utah Jazz, Minnesota Timberwolves, Portland Trail Blazers and the Milwaukee Bucks are among the other NBA teams to lay off employees since the season was suspended back in March.

In June, the NBA's league office also let go of an estimated 100 employees.

Sacramento will restart its NBA season on Friday when they meet the San Antonio Spurs in the first of eight remaining games in the regular season before the playoffs.