An update to Haliburton’s injury is expected next week when the team returns to Sacramento, but he will miss the two games remaining on the three-game road trip. 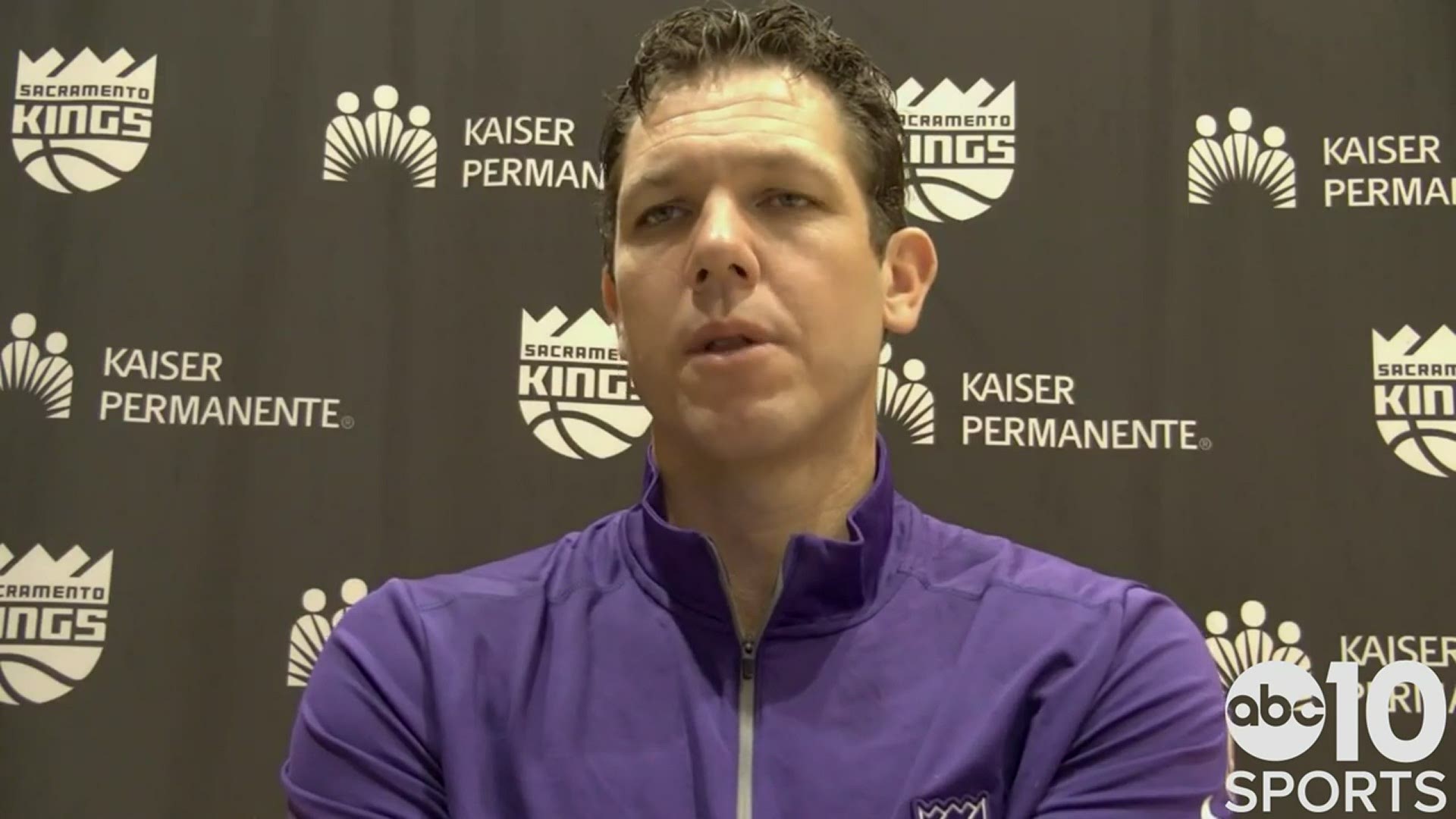 The Kings put 2020 in the rearview mirror and following their 122-119 loss in Houston on New Year’s Eve, felt optimistic about the year ahead, heading into 2021 with a winning record.

That optimism was quickly shaken with Friday’s news that Tyrese Haliburton, who suffered a scary fall in the fourth quarter of Thursday’s loss to the Rockets, will be out after an MRI confirmed a bone bruise in his left wrist.

The injury is in the same wrist that the 12th overall pick of the 2020 NBA Draft fractured last year, cutting short his sophomore season at Iowa State.

Kings rookie Tyrese Haliburton had an MRI today in Houston - confirmed a left wrist bone bruise sustained in Thursday's game. An update is expected next week - he's out til then.

Haliburton’s fall came during a dunk attempt with 10:42 left in the fourth quarter, when he went up for a one-handed dunk, which was broken up by Houston’s John Wall. He fell hard on his backside and laid on his stomach for a moment on the baseline before rolling over onto his back to be helped by teammates. He was seen alert and rubbing his right wrist, before being helped up by teammates and walking under his own power to the Kings bench.

The 20-year-old Haliburton remained in the game and even hit a big three-point shot in front of the Rockets bench down the stretch to pull Sacramento within one point of Houston with 22.4 second remaining in the game. He would finish with 11 points and two steals in his 27 minutes off the bench.

Haliburton took a hard fall but got up and remained in the game 🙏 pic.twitter.com/zFAFZrCGpV

Following the game, Kings coach Luke Walton said the Kings rookie was getting checked out by the team’s medical staff.

“To my knowledge, he’s OK,” Walton told the media via Zoom on Thursday night. “He told me multiple times he’s OK. As I walked in there, he’s in the training room. Obviously that was a pretty hard fall.”

An update to Haliburton’s injury is expected next week when the team returns to Sacramento, but he will miss at least the next two games on the three-game road trip.

Haliburton looked back at Boogie and the Rockets' bench 👀 pic.twitter.com/JymHygikrP

Sacramento will visit the Rockets again on Saturday afternoon at Toyota Center before meeting the Warriors at San Francisco’s Chase Center on Monday night.