The two teams face off Tuesday night, hours after a guilty verdict was handed down in the death of George Floyd. 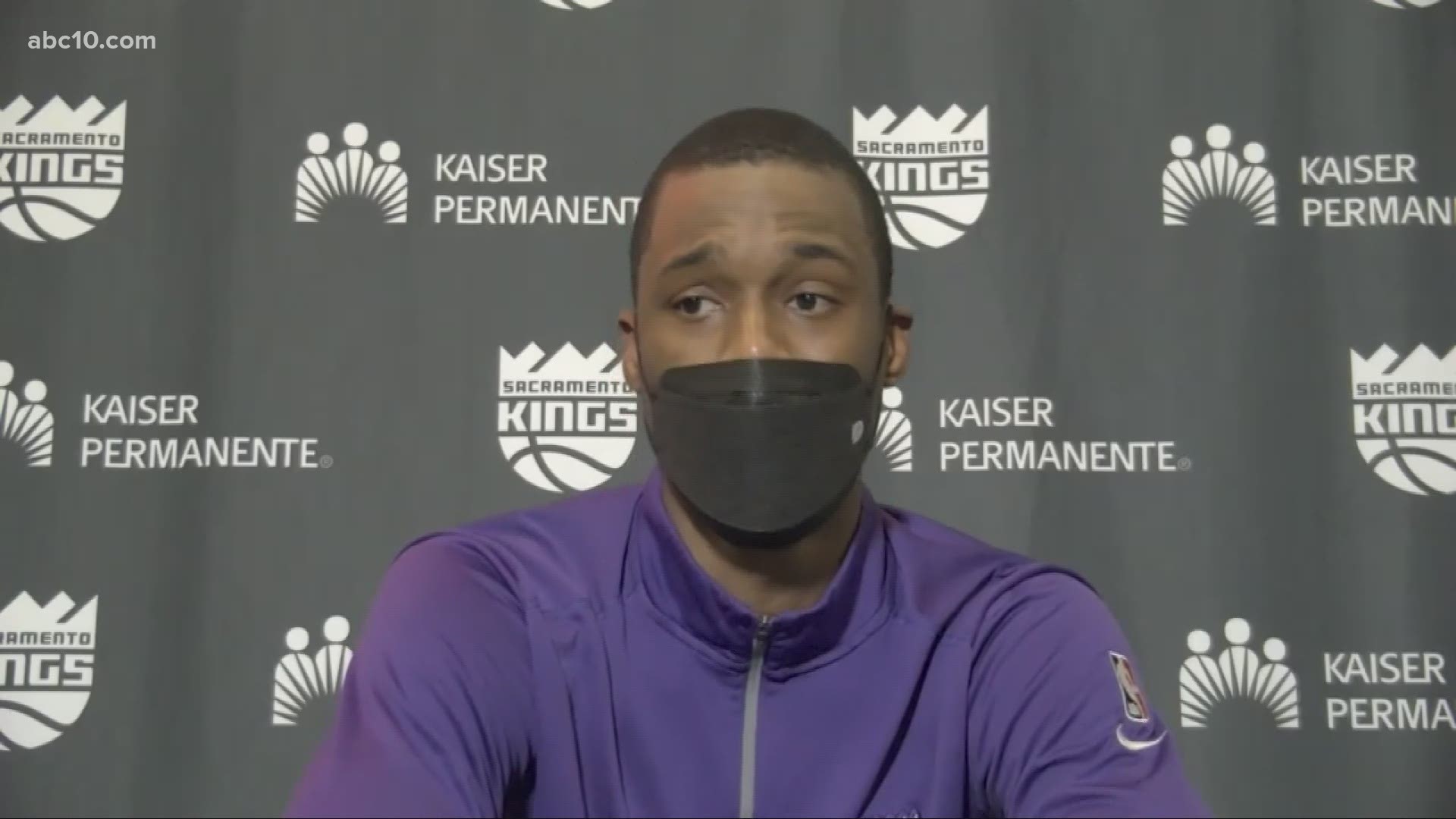 SACRAMENTO, Calif — The Sacramento Kings and the Minnesota Timberwolves will play on Tuesday night at 7 p.m. in the first game to allow fans back in Golden 1 Center in almost a year.

It will also begin hours after the verdict in the Derek Chauvin trial was read, finding the former Minneapolis police officer guilty of all three charges brought against him in the death of George Floyd.

As such, there were reactions from both sides of the court as the news came in.

“It was an emotional day for everyone. You’re sitting around the house trying to prep for a game and you’re watching the trial and whatnot. It is a wild day and we’ll see where we go from here,” said Kings head coach Luke Walton.

Several players with the Timberwolves also chimed in on the social media platform with statements of "justice" and "change."

One step closer in the right direction. Change is happening!✊🏾

“I think the mood of the players is one of relief. I know there was a lot of anxiety surrounding the team over the last few days, not only about the verdict but what might happen to our community. We all have family and friends still there, so there’s a lot of concern there,” said Timberwolves head coach Chris Finch.

Justice and Accountability! Things I never thought I would see. There’s much more work to do, but this is an amazing start working toward the reform this country NEEDS!

Vivek Ranadivé, CEO of the Sacramento Kings issued a statement shortly after the 'guilty' verdict was handed down as well.

"Today, we have seen justice served and this ruling should be a model for accountability, as it has not been the reality for so many other cases," Ranadivé said in the statement.

"One year ago, George Floyd was murdered, causing unimaginable pain and trauma for his family, the Minneapolis community, and communities across the nation," the statement said. "Our deepest thoughts have been with the Floyd family since this unjust tragedy. Throughout our history, racial and social inequalities have been ingrained in our society. We are hopeful that today's decision will serve as a step forward, but it does not ease the physical and emotional pain that continues in an environment where systemic racism exists."