The Sacramento Kings overcame a cold shooting spell late in the fourth quarter to hold off the New York Knicks 103-942 and end a four-game losing streak. 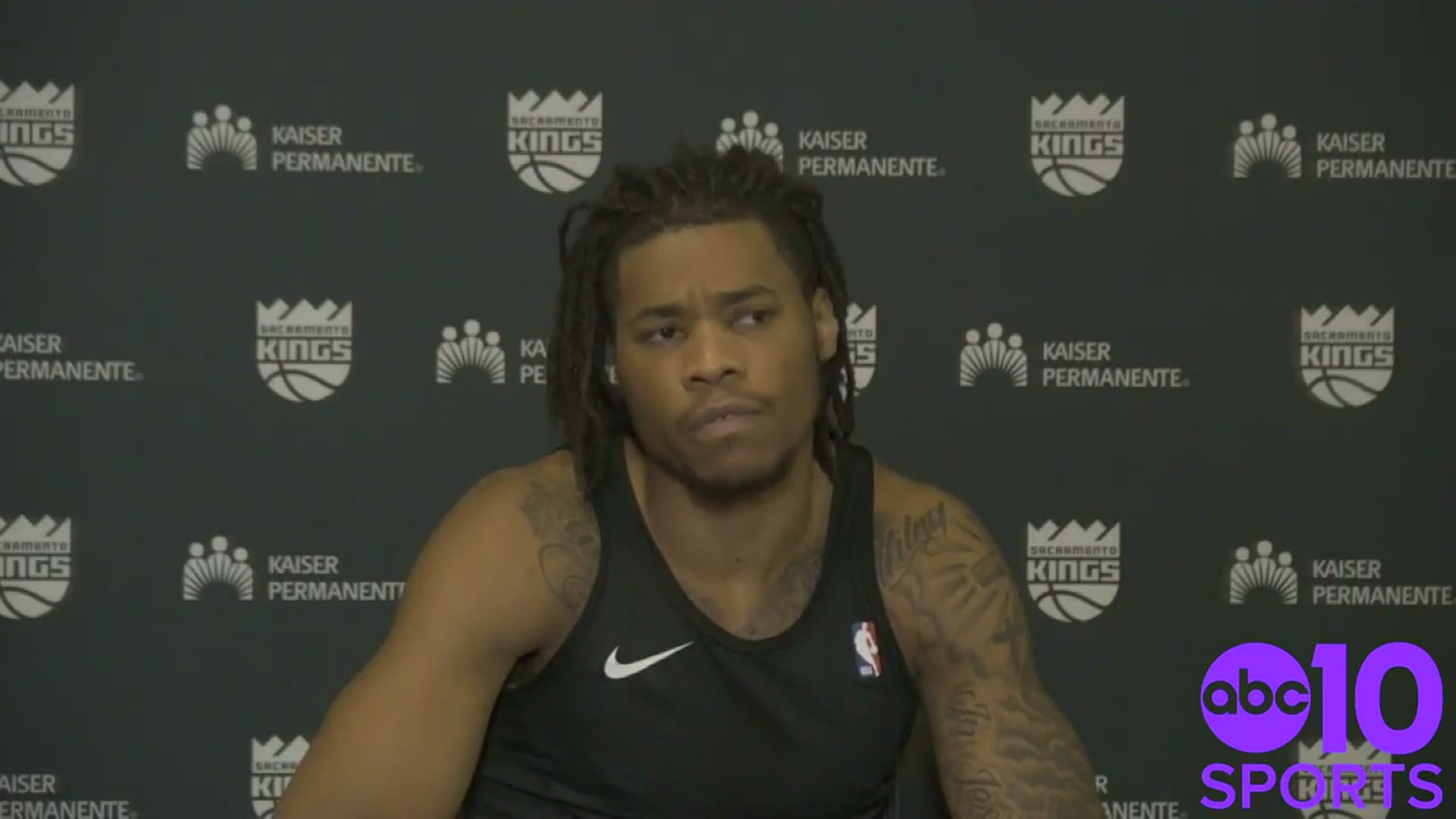 SACRAMENTO, Calif. (AP) - Harrison Barnes had 21 points, eight rebounds and seven assists, and the Sacramento Kings overcame a cold shooting spell late in the fourth quarter to hold off the New York Knicks 103-942 and end a four-game losing streak.

The Kings made only three shots over the final six minutes but made up for it by going 7 of 8 on free throws down the stretch.

De’Aaron Fox added 22 points and seven assists for Sacramento, which had lost nine of its previous 11.

Julius Randle had 26 points and 15 rebounds for the Knicks. RJ Barrett added 21 points and seven rebounds.

The Kings recorded 14 blocks on the night, as Richaun Holmes recorded a career-high six blocks for the second time this month. He also blocked six shots last week in a win over the Pacers.

Those 14 blocks by the Kings were three shy of tying the most in the Sacramento-era, which was set in 1998 when they swatted 17 blocks against the Clippers.

Sacramento's next two scheduled games, originally set for Sunday and Monday in Memphis were postponed on Thursday night due to the NBA's COVID19 health and safety protocols, as the Grizzlies will not be able to suit-up the minimum eight players required to play a game.

The Kings (6-10) will not play until Wednesday, when they meet the Magic in Orlando. 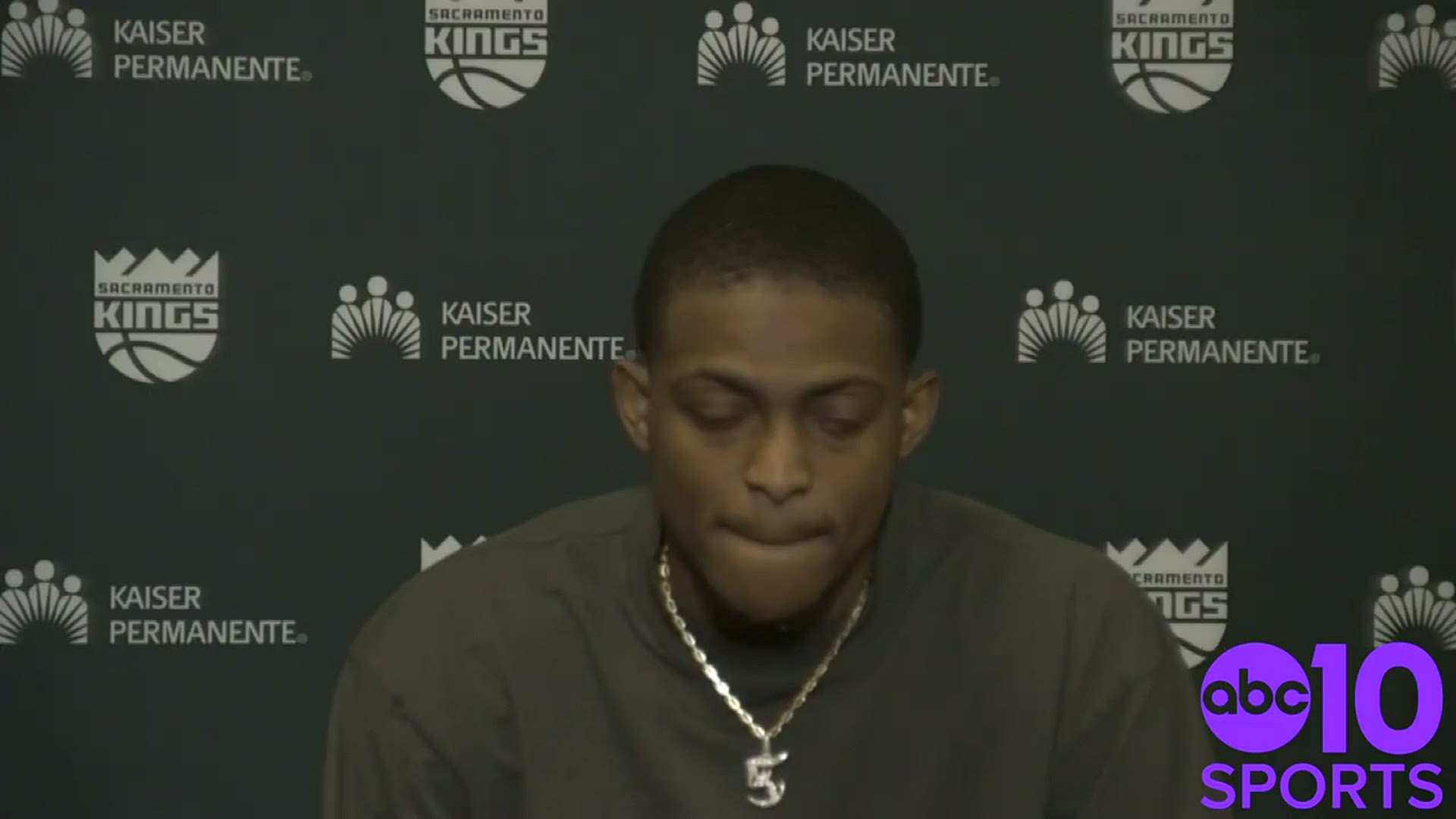 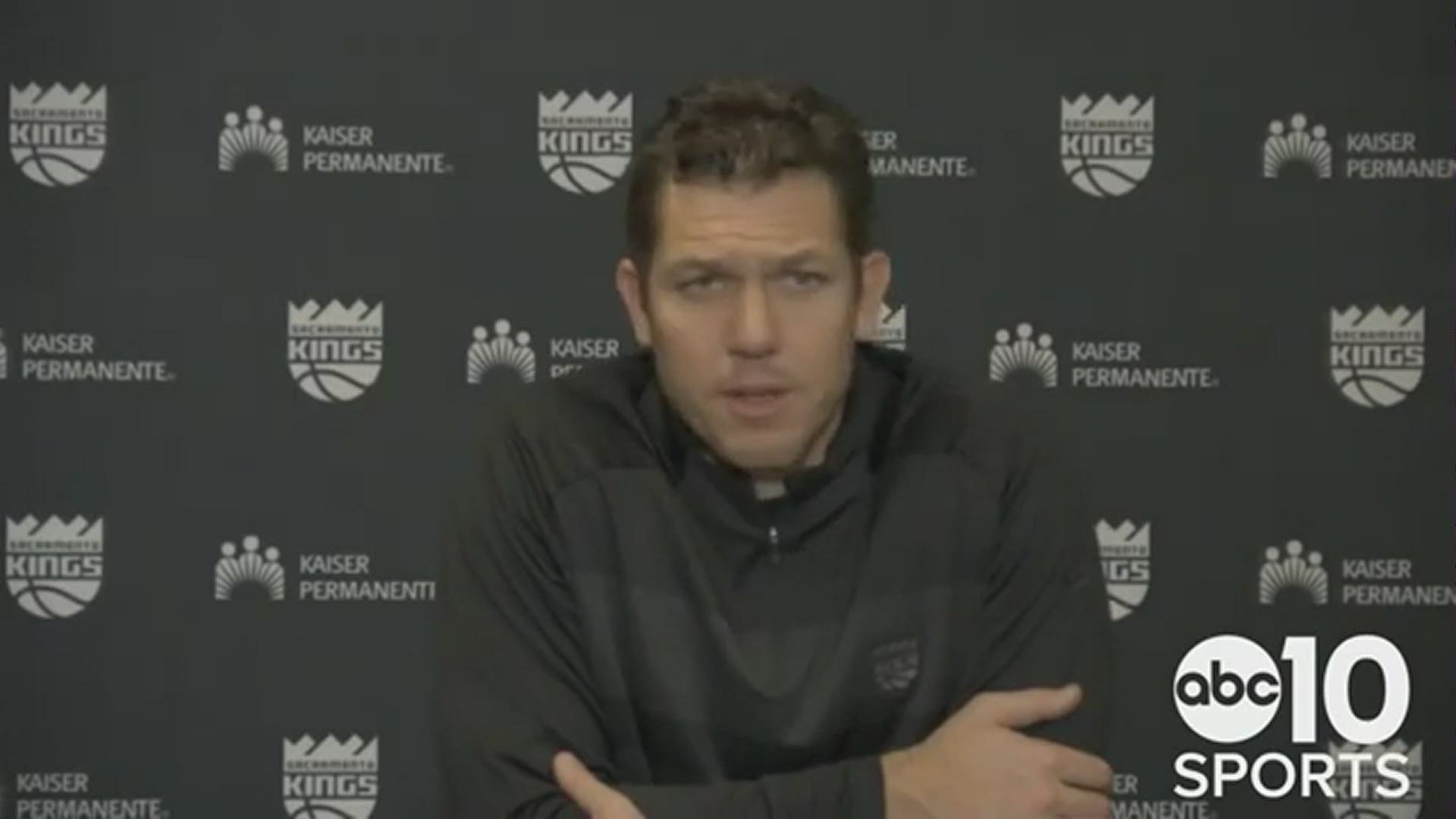 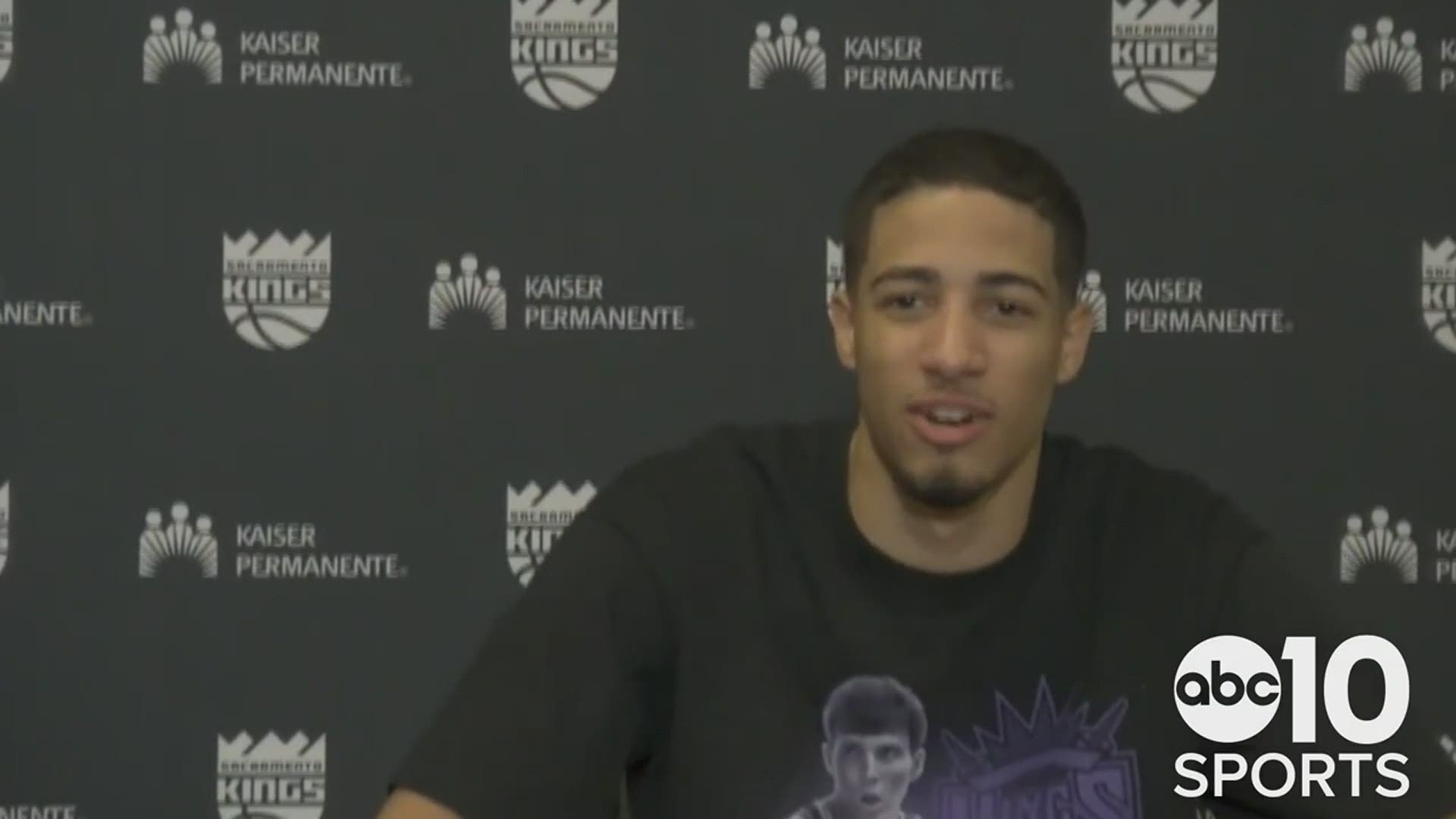 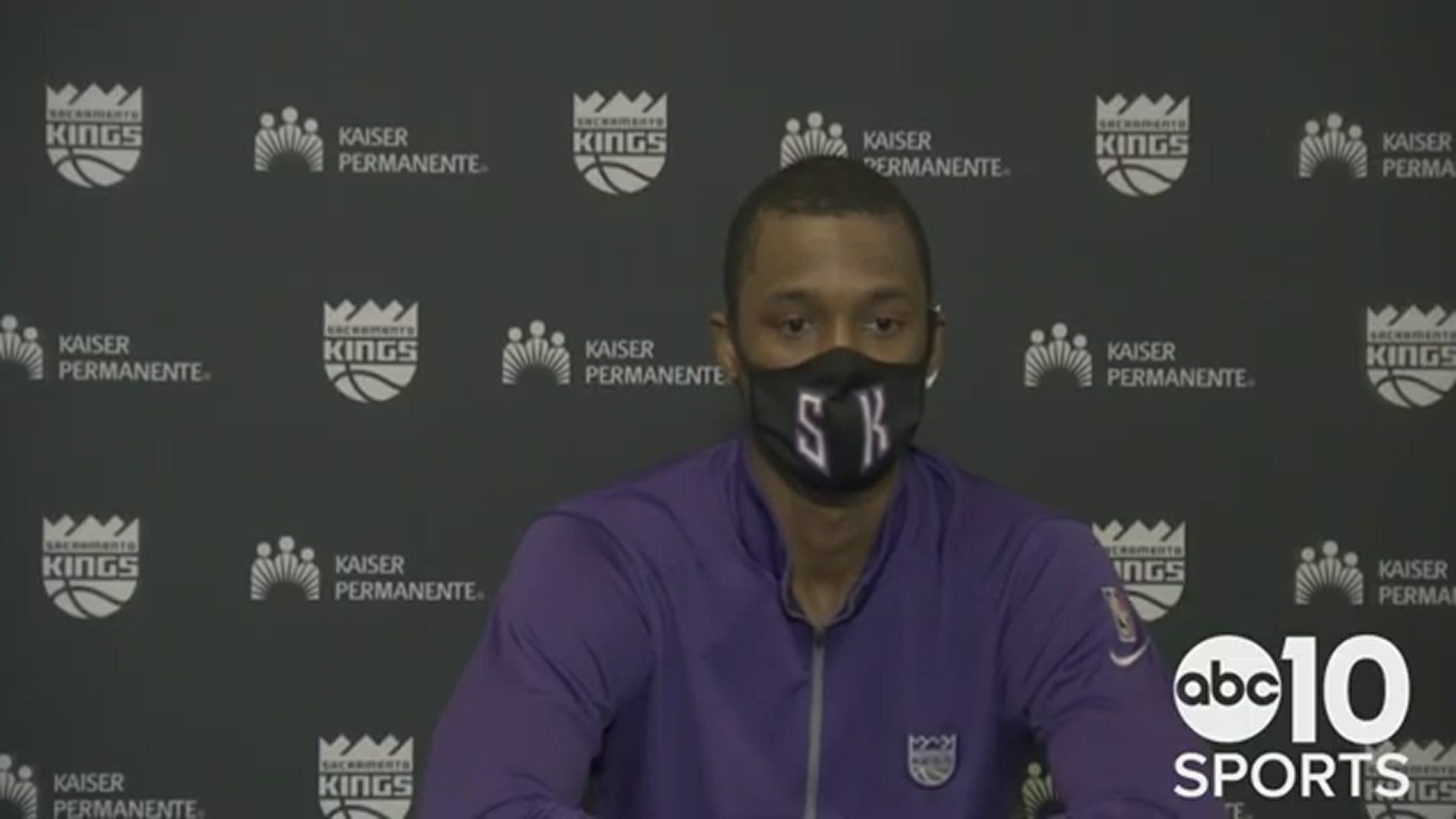