After exiting Monday’s practice session in Orlando with a right foot injury, an MRI and a foot specialist confirmed that Bagley suffered a lateral right foot sprain. 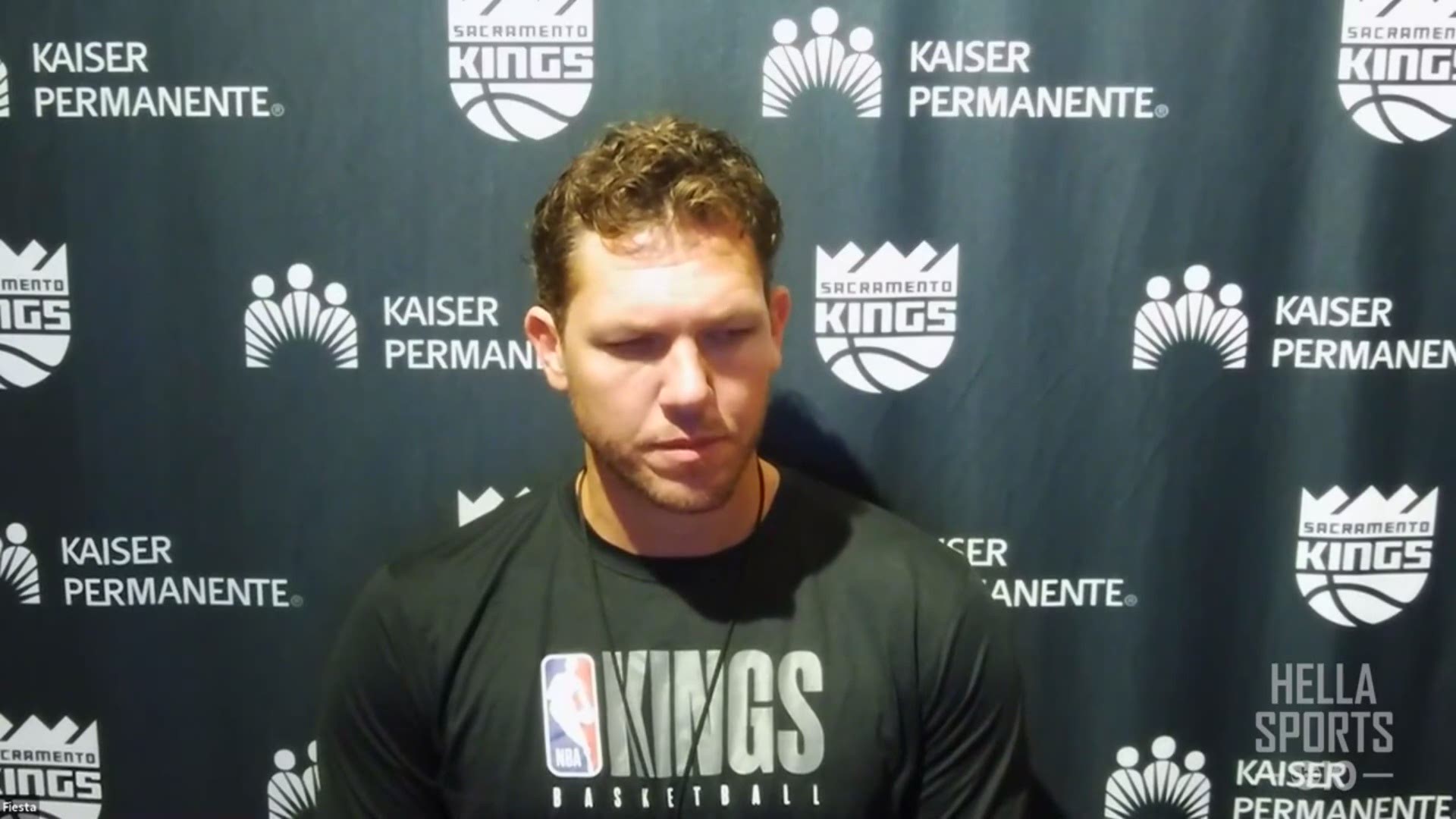 The injury bug, that has harassed Sacramento Kings big-man Marvin Bagley III all season, just bit him again before the NBA season resumes in a little more than a week from now.

After exiting Monday’s practice session in Orlando with a foot injury, an MRI and a foot specialist confirmed a season-ending injury for Bagley – a lateral right foot sprain.

The Kings said in a press release late Tuesday afternoon that Bagley, who is expected to make a full recovery, will be held out of the NBA restart by the team.

According to head coach Luke Walton, Bagley, 21, went up for a rebound on Monday, and came down on the foot of a teammate. The Kings’ first-year coach said he did not have an update on Bagley when meeting with reporters via Zoom earlier Tuesday afternoon.

Bagley, who has only appeared in 13 games this season because of injuries, was seen exiting a gym on the campus of Walt Disney World on crutches and his right foot in a walking boot.

Had heard reports of Kings F/C Marvin Bagley III in a walking boot & crutches yesterday. Today, we witness him exiting practice in Orlando in the boot and crutches. pic.twitter.com/0ZLkWFBrml

Bagley’s battle with injuries began in the team’s season-opening game in Phoenix, when he fractured his right thumb which caused him to miss 22 games. He would be sidelined again with a left foot sprain and soreness in 29 of the last 33 games before the season was halted due to the coronavirus pandemic.

Before the Kings flew to Orlando to begin training camp, Bagley told reporters he was pain free and feeling healthy, ready to help Sacramento’s push for the playoffs with eight games remaining in the regular season with the team trailing Memphis by 3.5 games in the Western Conference playoff chase.

With concern on the toll these injuries have had on Bagley, Walton admitted on Tuesday that Bagley was one of the players that had a productive camp since arriving in Florida and was frustrated to suffer another set-back.

“He was flying up and down the court,” Walton said. “Whether it’s him or anybody, when you put in the kind of time to make it at this level and you really want to show what you can do. Injuries can be a very frustrating part of the game.

“But he knows, and we talked about no matter what the result is, no matter what comes of this, mentally, stay strong and keep working. He’s going to have a very successful career when it’s all said and done.”

The Kings will move on without Bagley, tipping off the NBA season’s restart on July 31, but up first, the first of three scrimmages beginning on Wednesday when Sacramento faces the Miami Heat.