For the first time in franchise history, the color red will be the dominant color on a Kings uniform for the City Edition jerseys, which the team unveiled Tuesday. 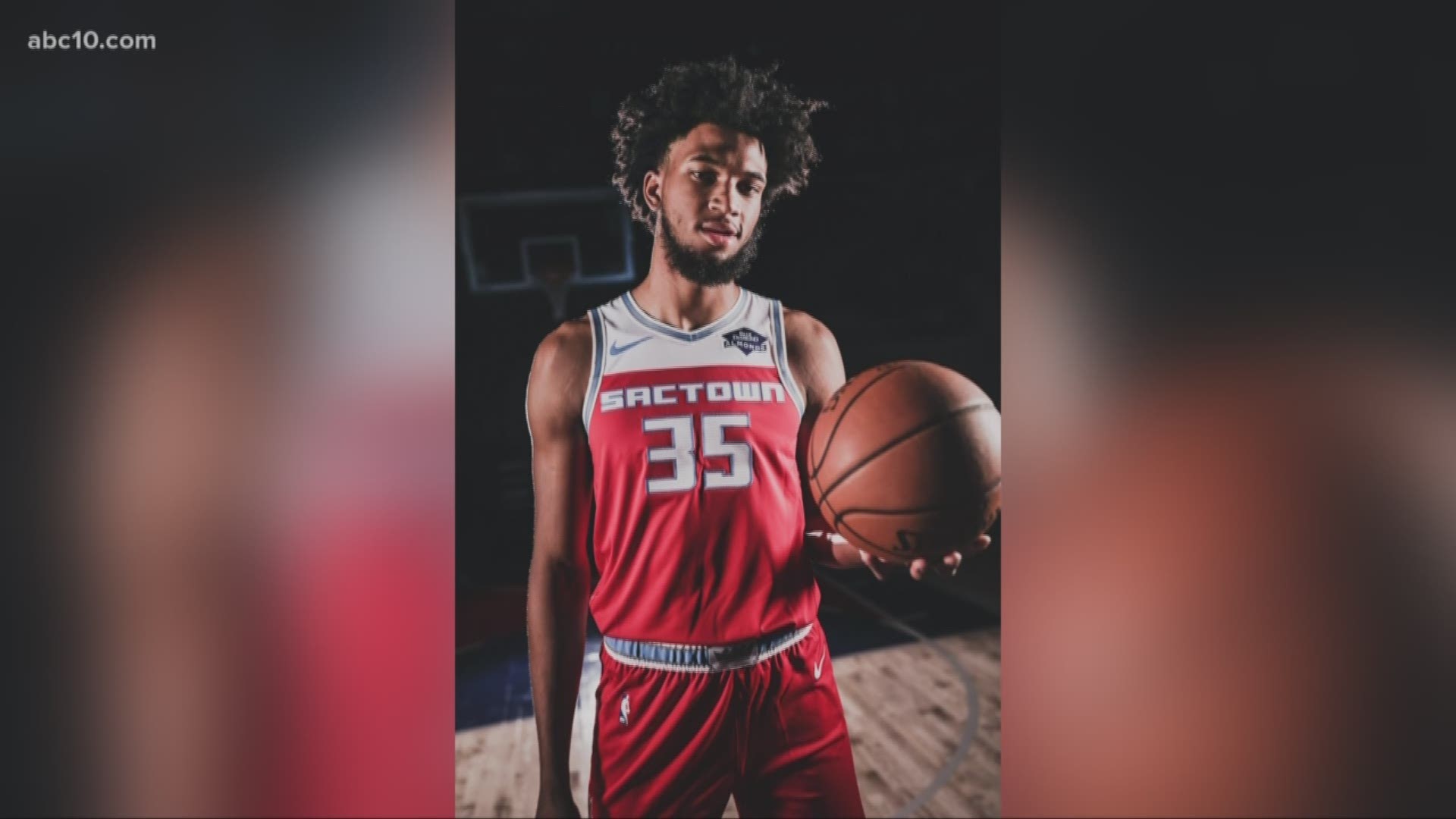 SACRAMENTO, Calif. — Sacramento Kings fans will be seeing red this season as a dramatic color change will be noticed on the 2019-2020 Nike City Edition uniforms.

For the first time in franchise history, the color red will be the dominant color on a Kings uniform for the City Edition jerseys, which were unveiled by the team on Tuesday morning.

In addition to red as the primary color, this season’s city uniforms also feature baby blue, white and gray. The new red threads will be worn by the Kings during seven home games beginning Saturday, Nov. 30 when Sacramento hosts the Denver Nuggets at Golden 1 Center.

The new City Edition jerseys replicate last season’s design with “Sactown” across the chest with the player’s number displayed below, but were adorned with powder blue as the primary color scheme.

“The City Edition uniforms were made to represent the Proud Past and Proud Future of our Kings here in Sacramento,” said Sacramento Kings President of Business Operations John Rinehart. “With red as the primary color, they represent that passion and energy that has echoed through our arena and helps celebrate the team’s 35th year in Sactown.”

The Kings are undefeated in their classic royal blue colorway, earning their fifth win of the season with Tuesday’s 120-116 victory over the Phoenix Suns.