One week after the Sacramento Kings introduced Luke Walton as their new head coach, Kelli Tennant filed a lawsuit claiming a 2014 sexual assault. 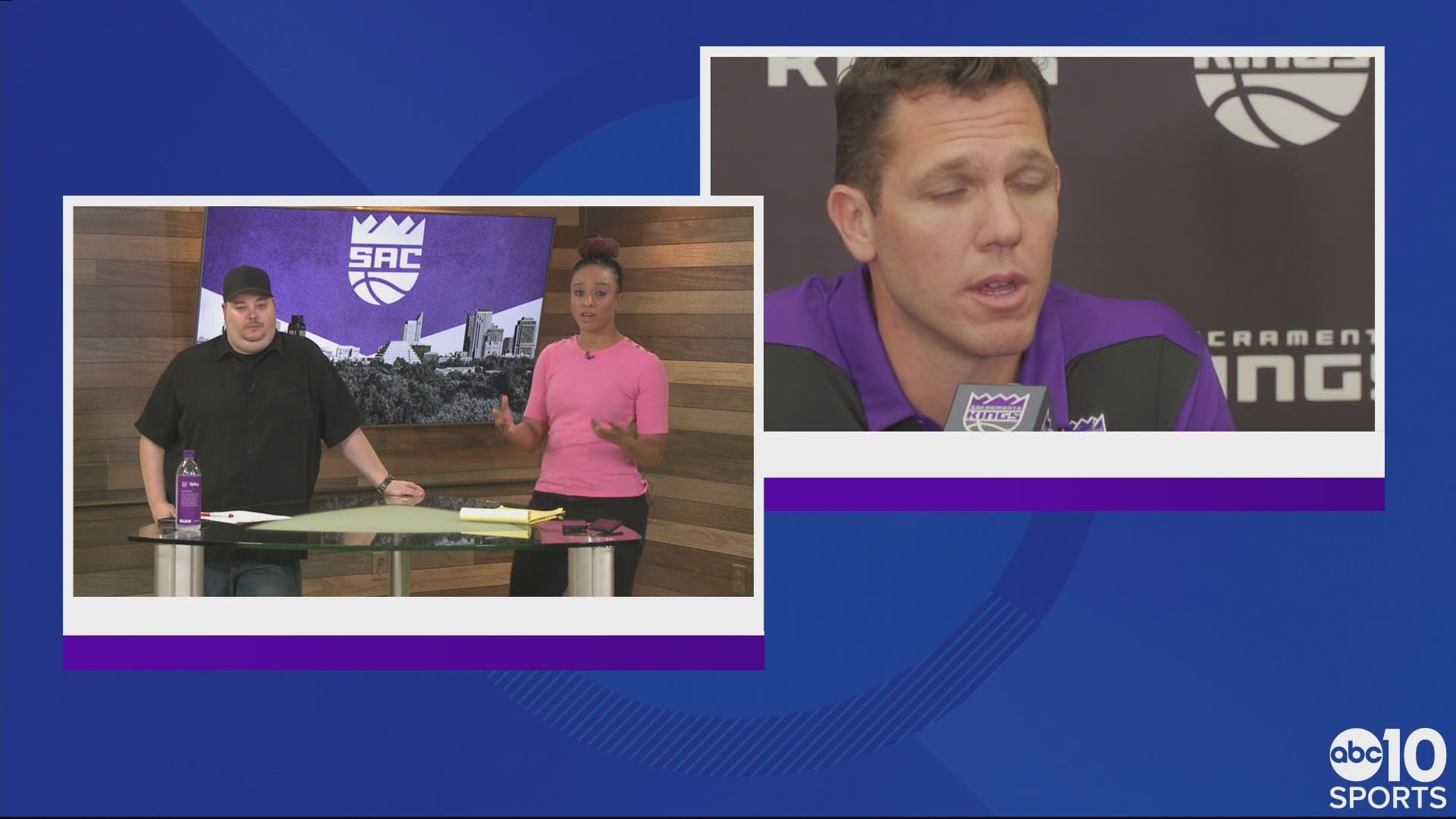 One week after the Sacramento Kings introduced Luke Walton as their new head coach, he was accused of sexual assault in a civil lawsuit filed on April 22, 2019, by former Spectrum Sportsnet TV reporter Kelli Tennant.

Tennant alleges that in 2014 Walton forcibly kissed and groped her while pinning her down on a bed at a Santa Monica hotel room during the time when he was an assistant coach for the Golden State Warriors.

Tennant has since left Spectrum Sportsnet TV to pursue a career focused on healing and wellness while Walton has moved up the NBA coaching ranks.

"The accuser is an opportunist, not a victim, and her claim is not credible," Baute said in a statement issued Monday. "We intend to prove this in a courtroom."

Here's a timeline of Walton and Tennant's careers and the allegations:

May 2003: Luke Walton, former college basketball player, graduates from the University of Arizona.

2007:  Tennant is sidelined and later retires from collegiate volleyball after being diagnosed with Fibromyalgia. Tennant begins working for TrojanTV, FOX, and  Association of Volleyball Professionals as an on-camera interviewer and analyst.

March 2012: Walton is traded from the Los Angeles Lakers to the Cleveland Cavaliers.

2013: Tennant hired by Spectrum Sportsnet in Los Angeles covering the Lakers and Dodgers.

July 2014: Walton begins tenure as an assistant coach for the Golden State Warriors.

May 2017: Tennant alleges Walton made an uncomfortable sexual advance during a charity event in Los Angeles.

Fall 2017: Tennant leaves her job at Spectrum Sportsnet covering the Lakers and Dodgers.

Credit: AP
Former sports reporter Kelli Tennant, center, answers questions from the media as she is joined by her attorneys Garo Mardirossian, left, and David deRubertis during a news conference, Tuesday, April 23, 2019, in Los Angeles. Tennant filed the suit in Los Angeles County Superior Court on Monday, contending new Sacramento Kings NBA basketball coach Luke Walton assaulted her in a hotel room in Santa Monica while he was an assistant coach for the Golden State Warriors. (AP Photo/Jae C. Hong)

April 24, 2019: Walton's attorney, Mark D. Baute, responded to Tennant's press conference in a statement released to ABC10 saying, "Yesterday's press conference was a poorly staged attempt to portray the accuser as a viable spokesperson for an important movement."

April 25, 2019: The Sacramento Kings announced that it will launch a joint investigation with the NBA about new head coach Luke Walton's alleged sexual assault of a sports reporter.