With the No. 10 pick in the 2020 NFL Draft, the Cleveland Browns selected Alabama offensive tackle Jedrick Wills Jr. 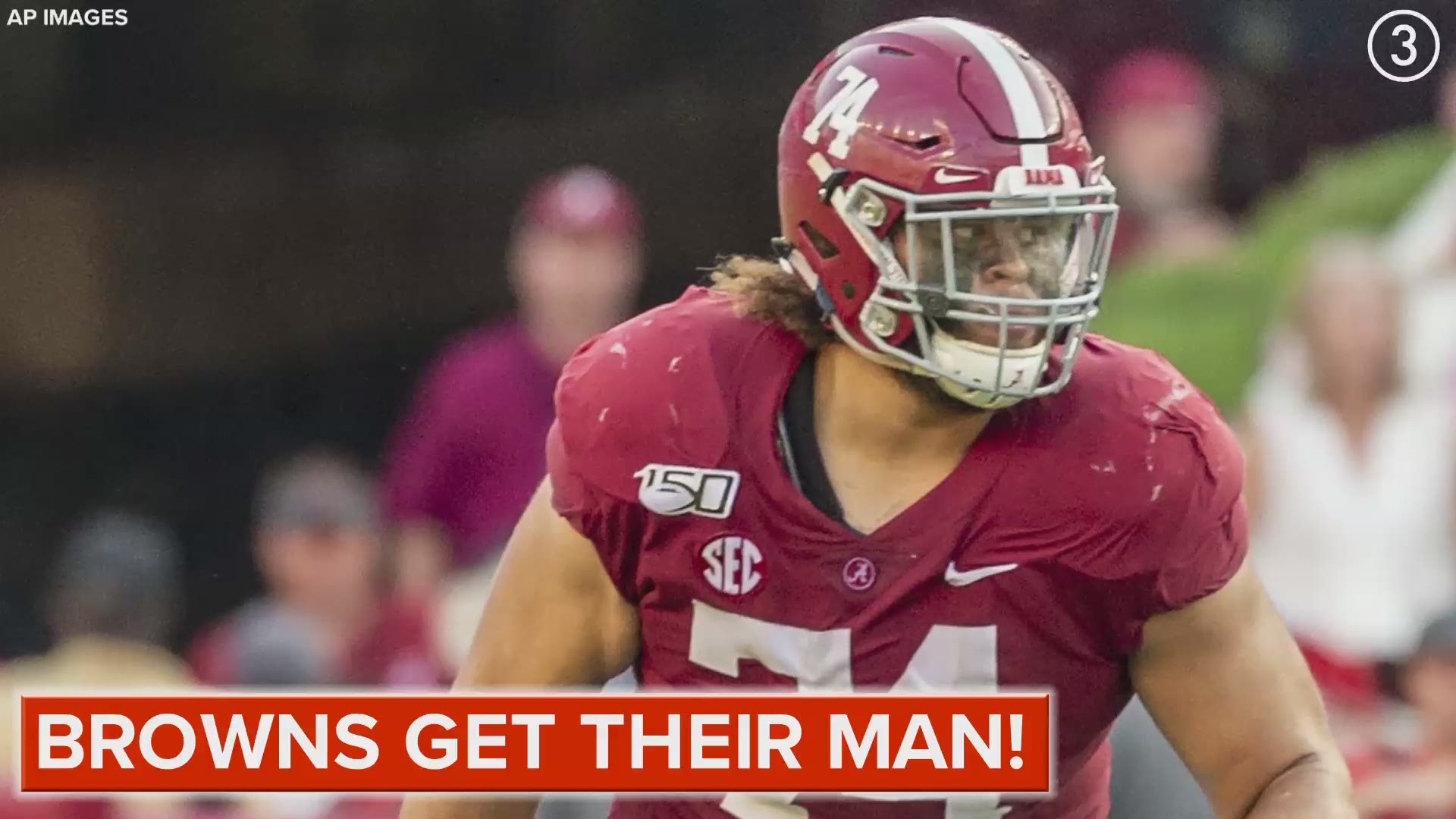 The Cleveland Browns filled their biggest need on Thursday night, selecting Alabama offensive tackle Jedrick Wills Jr. with the No. 10 pick of the 2020 NFL Draft.

A former 4-star prospect, Wills started in 29 games in his career with Crimson Tide, earning first-team All-SEC and second-team All-American honors in 2019. Considered arguably the most pro-ready offensive tackle in the draft, Wills makes plenty of sense for the Browns, who are looking to compete for a playoff spot in 2020. According to Pro Football Focus, he allowed just one sack in 929 pass-blocking snaps over the course of his college career.

Although he predominantly played on the right side of Alabama's offensive line, the 6-foot-4, 312-pound Wills is expected to fill the Browns' void at left tackle. Earlier this offseason, Cleveland signed free agent Jack Conklin, who is expected to start at right tackle for the Browns.

In what was considered a strong draft class at the position, Wills was the second offensive tackle taken on Thursday night after the New York Giants took Andrew Thomas with the No. 4 overall pick. You can follow all the latest from Thursday night's first round of the 2020 NFL Draft with our live blog.