Raiders GM to absent Antonio Brown: Time to be 'All in or all out'

Raiders GM Mike Mayock told disgruntled receiver Antonio Brown it's time to decide whether he's "all in or all out" about playing this season. 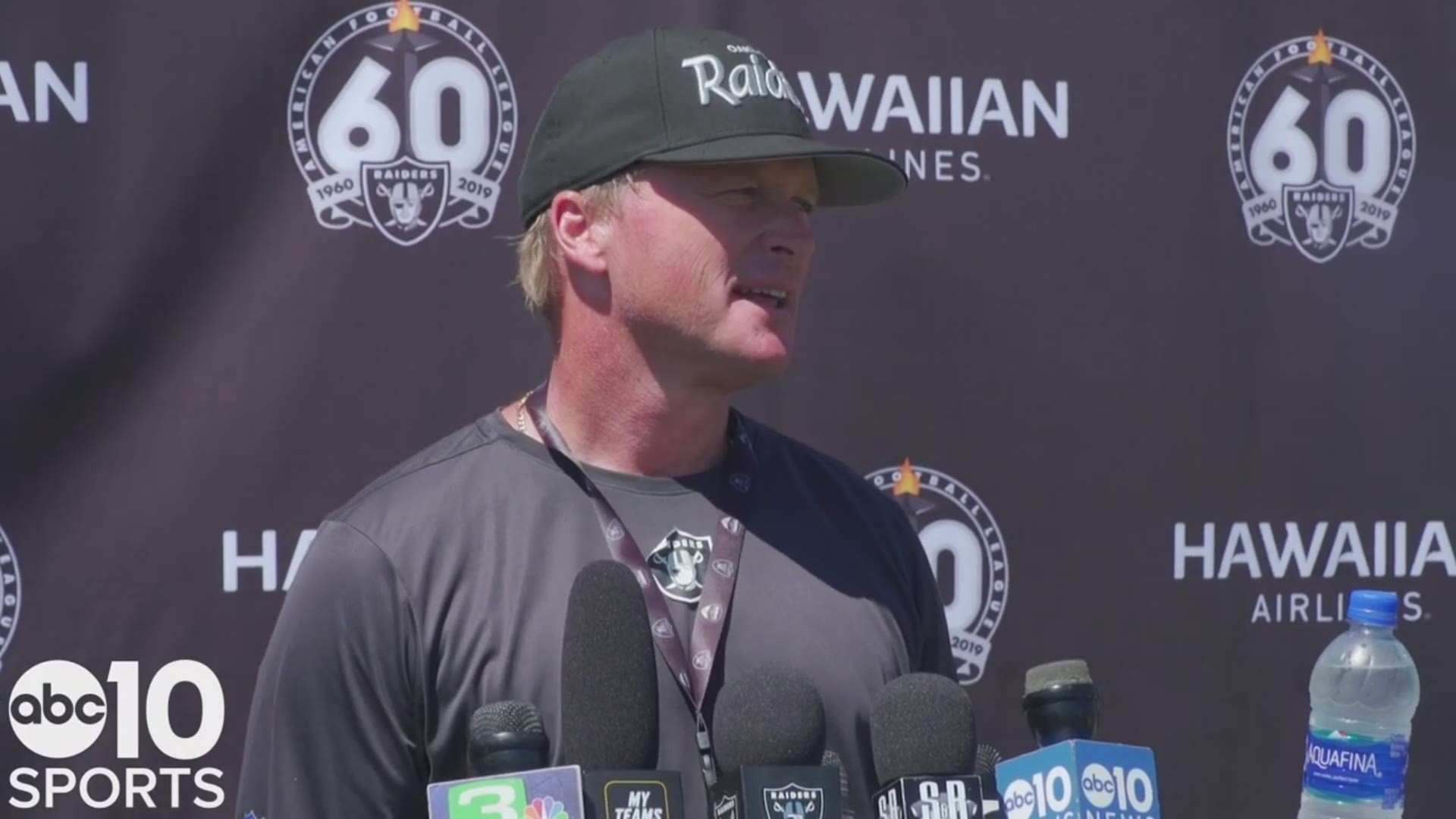 Oakland Raiders general manager Mike Mayock told disgruntled receiver Antonio Brown it's time to decide whether he's "all in or all out" about playing this season after losing a fight with the NFL over his helmet.

Mayock issued a statement to reporters that the Raiders released in a video on Twitter expressing his frustration that Brown didn't participate in practice Sunday despite being healed from the frost-bitten feet that have sidelined him for most of training camp.

Brown also lost a grievance with the league to allow him to use a helmet that is no longer certified as safe. Brown had hoped to find a newer version of his preferred helmet that could be approved but Pro Football Talk reported that the league determined the helmet failed a test.

Mayock says Brown is still upset about the "helmet issue" but the Raiders have done everything they could to help him. Mayock says there are "89 guys busting their tails" and that he hopes Brown will join his teammates soon.