The faithful are heading to Miami. Local 49ers fans are making their journey to Florida for the Super Bowl to rally for a 49ers win. 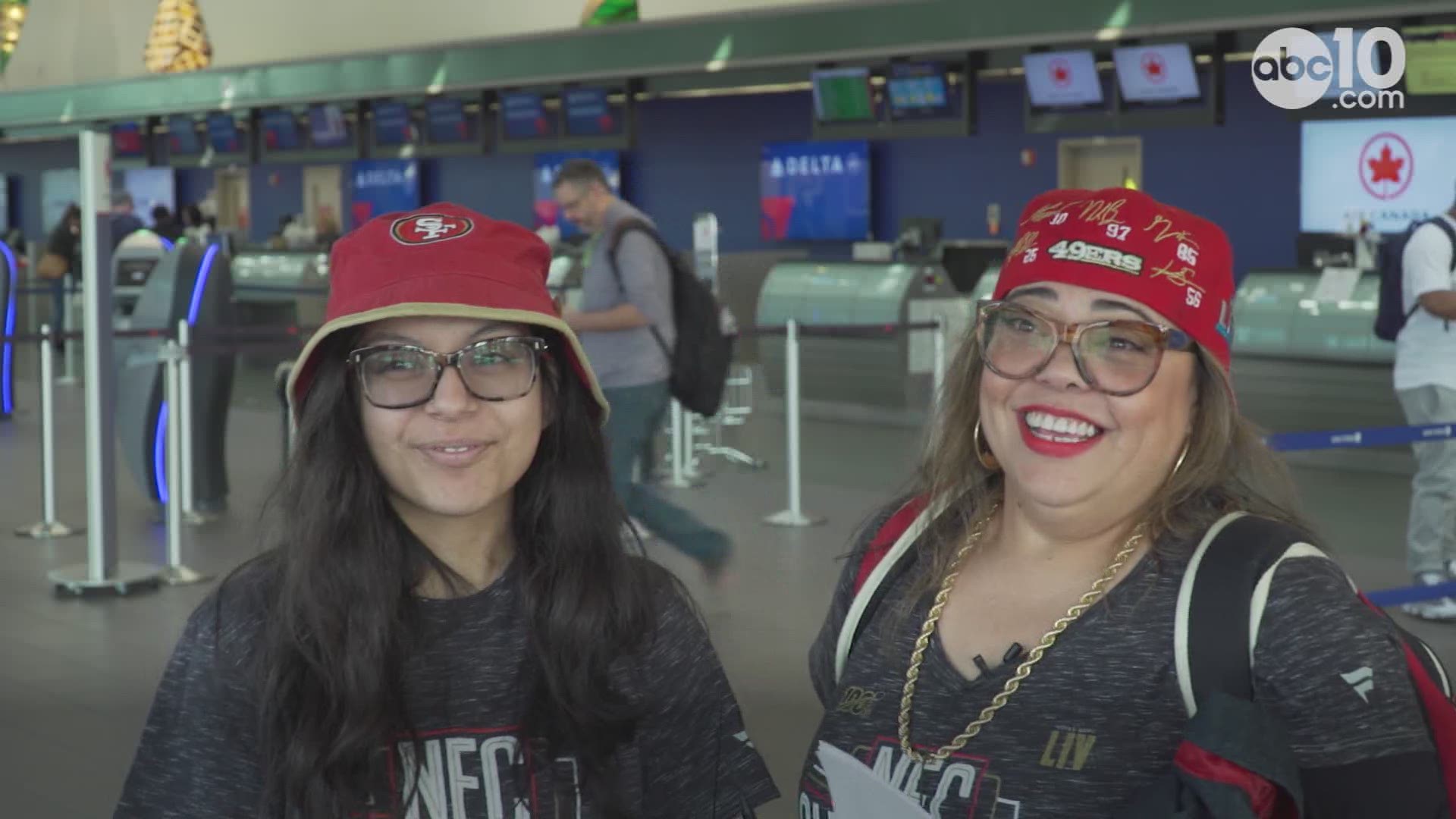 SACRAMENTO, Calif. — The San Francisco 49ers are heading to Miami for the Super Bowl, but they won't be going alone.

Faithful fans in the area are making the journey to Miami to rally their Niners to a win against the Kansas City Chiefs.

"This is our time and our quest," said Tina Chaves, a 49er fan from Chico. She is flying to Miami from the Sacramento International Airport on Friday.

Ryan Luttrell said he's a San Francisco 49er season ticket holder and has been a fan since he was a kid. It's his first Super Bowl game and he's making the trip with a group of 11 other fans.

Luttrell hopes the 49ers beat the Chiefs with a score of 34 to 21. He hopes to see rookie defensive end Nick Bosa have at least three sacks before the final quarter.