Super Bowl LIV: From coaches to players, 49ers are ready for Sunday

The coaches and players are all excited and ready to play in Super Bowl LIV. 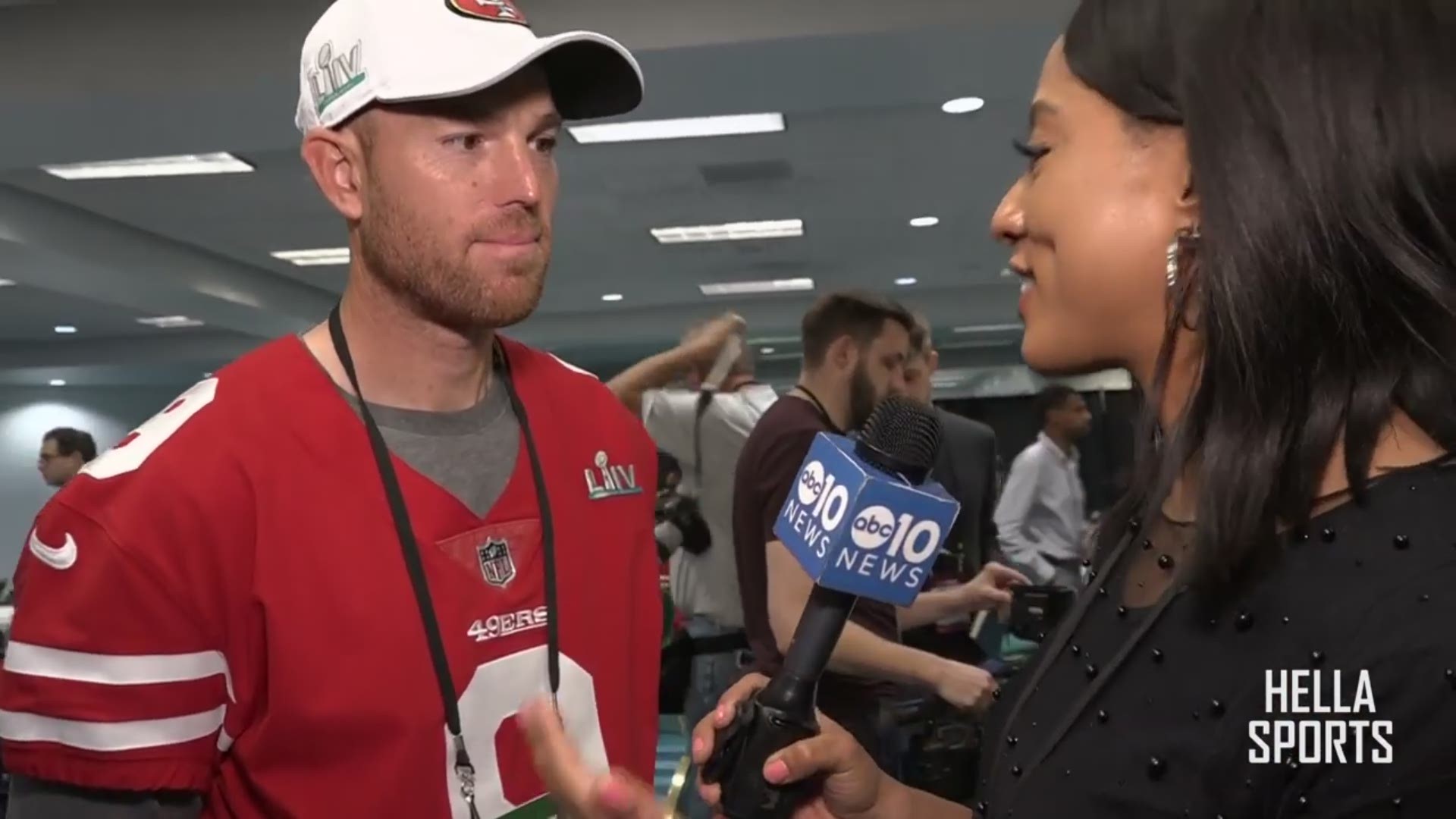 The Kansas City Chiefs had everyone on the field as they put the finishing touches on their game plan. Coleman dislocated his shoulder in the NFC championship game. Meanwhile, the only injury concerns heading into the week for the Chiefs were defensive tackle Chris Jones, who was hobbled by a calf strain in the AFC title game, and tight end Travis Kelce, who has been dealing with a sore knee.

Both looked good during Wednesday's workout.

Elsewhere around the Super Bowl, John Lynch's decision to leave the relatively cushy job as an analyst at Fox to get back working with an NFL team as general manager of the San Francisco 49ers has worked about as well as everything else Lynch seems to do in his life.

Lynch has helped build a roster that has the Niners in the Super Bowl, earning him the Pro Football Writers of America award as the league's top executive. Lynch is now looking to have a memorable weekend by getting voted into the Pro Football Hall of Fame and winning a Super Bowl as an executive.

Photos: A look at the 49ers before Super Bowl LIV

And the 49ers wouldn't be in the position they're in without the help of San Francisco 49ers running back Raheem Mostert, who was the breakout star of the NFC championship game after running for 220 yards and four touchdowns in the victory over Green Bay. His long and sometimes difficult journey to NFL stardom has been a popular topic of conversation in Miami during the week leading to the Super Bowl on Sunday. Mostert credits some of his success to his childhood love of surfing.

He grew up in shark-infested waters off the coast of New Smyrna Beach, Fla. The ocean provided tranquility for him and it still holds a special place in his heart.

The upcoming game against he Kansas City Chiefs could also be a big moment for women in sports. Katie Sowers says being the first woman and openly gay coach to work the Super Bowl feels a bit surreal. She also hopes she's blazing a path for more to follow. Sowers says she feels like a broken record but will continue saying that the most important thing is that she not be the last woman or openly gay coach at the Super Bowl.

Simply attending a Super Bowl was Sowers' dream growing up in Kansas and playing football in the yard with her twin sister. And yes, becoming an NFL head coach is on the San Francisco assistant's list.

Speaking of coaches, it's common for coordinators in the Super Bowl to have a head coaching position with a new team waiting for them after the game. Not this year. The Kansas City Chiefs have perhaps the most dynamic offense in the NFL and the San Francisco 49ers feature one of the stingiest defenses in the league.

And for the head coach, Mike Shanahan says watching his son Kyle win Super Bowl 54 would rank right up there with his first Super Bowl win with the Denver Broncos in the 1990s. The elder Shanahan says he doesn't have any fatherly advice to impart to his son as Kyle prepares to lead the San Francisco 49ers against the Kansas City Chiefs.

The younger Shanahan was the Atlanta Falcons' offensive coordinator three years ago in Super Bowl 51 and he also was on the sideline for his father's trips to the Super Bowl as an assistant with the 49ers and as Denver's head coach.

49ers at the Super Bowl | Playlist