Ryan apologized for the comments but the team says he won't broadcast this week's game.

SANTA CLARA, Calif — The San Francisco 49ers have suspended radio analyst Tim Ryan for one game for remarks he made about Baltimore quarterback Lamar Jackson during a radio interview.

While he was doing the interview, Ryan reportedly said Jackson's dark skin helps him disguise the football when running offensive plays.

"He's really good at that fake, Lamar Jackson, but when you consider his dark skin color with a dark football with a dark uniform, you could not see that thing," Ryan said on air.

Ryan apologized for the comments but the team says he won't broadcast this week's game.

According to reports, Ryan was on the "Murph and Mac" show on KNBR radio in San Francisco on Wednesday morning when he made the comments while discussing Jackson's success running the ball against San Francisco on Sunday. KNBR broadcasts all of San Francisco's games.

The 49ers also said they apologized to the Ravens.

Ryan played four seasons in the NFL with Chicago. He was a TV analyst on Fox for 11 years and has spent the past six seasons calling 49ers games on the radio. 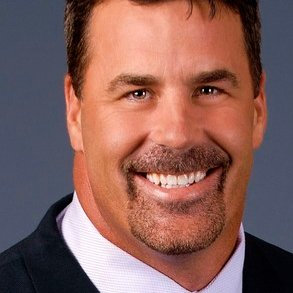 The 49ers released this statement:

“We hold Tim to a high standard as a representative of our organization and he must be more thoughtful with his words. Tim has expressed remorse in a public statement and has also done so with us privately. We know Tim as a man of high integrity and are confident he will grow and learn from this experience.”