Garoppolo went just 1 for 6 for zero yards and an interception in his first game since suffering a season-ending knee injury last September. 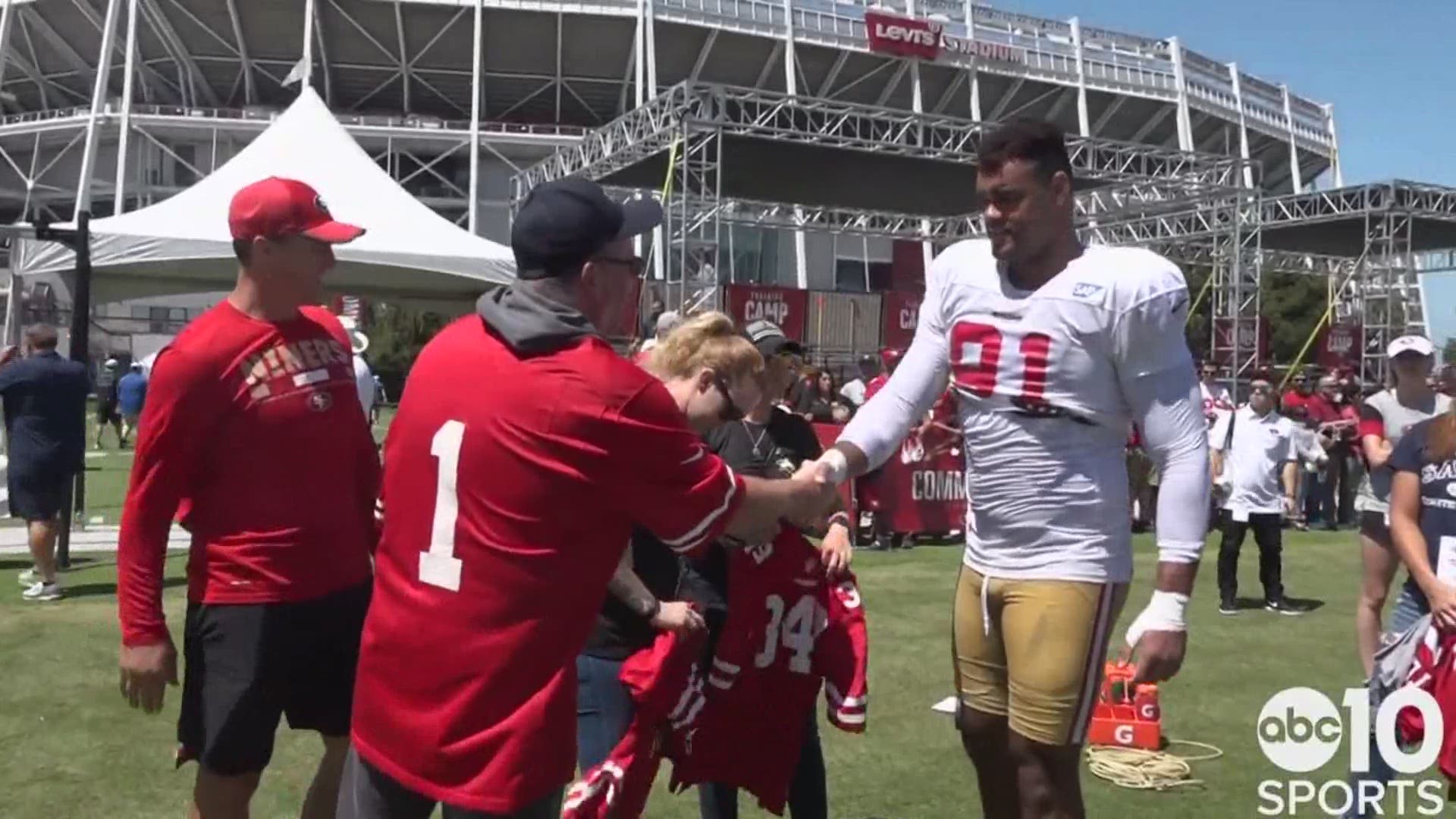 Broncos rookie QB Drew Lock injured his right thumb when he was sacked on the first series of the second half, cutting short his most significant action of the preseason in his quest to win the backup job behind starter Joe Flacco.

Sanders caught a 5-yard pass from Flacco on the Broncos' first offensive play and added a 19-yard run on a reverse in his first game since tearing his left Achilles tendon in practice last December. (He also hauled in a 45-yard reception that was erased by left tackle Garett Bolles' holding penalty).

Garoppolo went just 1 for 6 for zero yards and an interception in his first game since suffering a season-ending knee injury last September.

Garoppolo's first pass was knocked down by defensive lineman Shelby Harris and his second one was intercepted by cornerback Isaac Yiadom when he was pressured by Bradley Chubb. His third pass was tipped and cornerback De'Vante Bausby broke up his fourth attempt.

Chris Harris Jr. pressured Garoppolo into an incompletion from his end zone before Garoppolo finally completed a screen pass to running back Matt Breida, who was corralled by Shelby Harris at the San Francisco 6 for no gain.

C.J. Beathard and Nick Mullens shared most of the snaps behind Garoppolo, and Wilton Speight finished up.

Flacco finished 7 of 11 for 59 yards and Lock was 7 of 12 for 40 yards when he got hurt. Lock was replaced by Kevin Hogan, who was intercepted by Dontae Johnson when his pass went through RB David Williams' hands and off the face mask at the Denver 11 late in the fourth quarter.

Brandon McManus' three field goals put Denver ahead 9-3 at the half. Raheem Mostert's 30-yard TD run was the first of three straight TDs for San Francisco before Hogan's 24-yard scoring run late in the game after Speight's fumble.

49ers: Play at the Kansas City Chiefs on Saturday night.

Broncos: Play at the Los Angeles Rams on Saturday night.