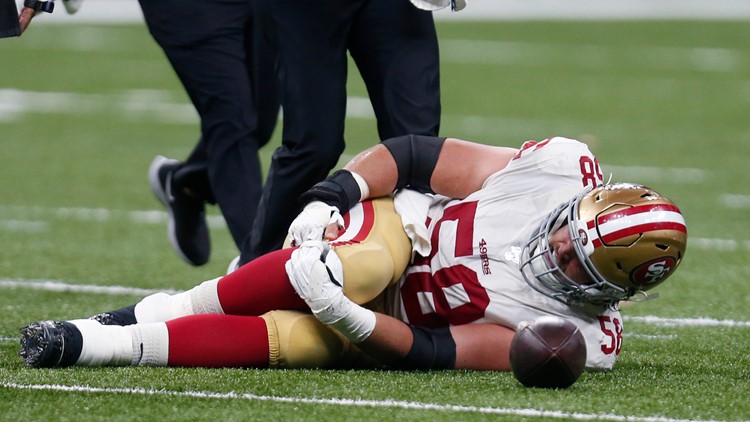 Photo by: AP
San Francisco 49ers center Weston Richburg (58) holds his knee after being injured in the second half an NFL football game against the New Orleans Saints in New Orleans, Sunday, Dec. 8, 2019. (AP Photo/Butch Dill)

Center Weston Richburg is done for the season with a knee injury. Cornerback Richard Sherman will miss the next couple of games with an injured hamstring.

Pass-rushing specialist Dee Ford likely won't return until the playoffs after re-injuring his hamstring. The 48-46 win did give the Niners a little cushion.

They are one game ahead of Seattle in the NFC West, as well as the Saints and Green Bay Packers in the race for a first-round bye and home-field advantage.