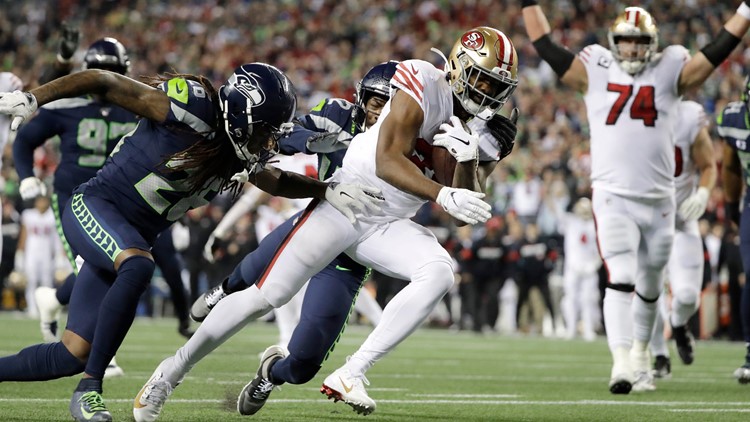 Photo by: AP
San Francisco 49ers' Raheem Mostert scores against the Seattle Seahawks during the second half of an NFL football game, Sunday, Dec. 29, 2019, in Seattle. (AP Photo/Ted S. Warren)

SEATTLE (AP) - The San Francisco 49ers won the NFC West and No. 1 seed in the NFC playoffs with a 26-21 win over the Seattle Seahawks on Sunday night when Jacob Hollister was stopped by Dre Greenlaw on fourth-and-goal just inches short of the goal line.

San Francisco claimed its first division title since 2012 and wrapped up home-field advantage through the NFC playoffs by silencing a crowd that showed up looking for a division title and to celebrate the return of Marshawn Lynch.

San Francisco will have a bye, while Seattle will play Philadelphia to open the playoffs next weekend.