In true Gronk fashion, he didn't hold back his enthusiasm when inviting them to the big game on behalf of the Bucs and the NFL. 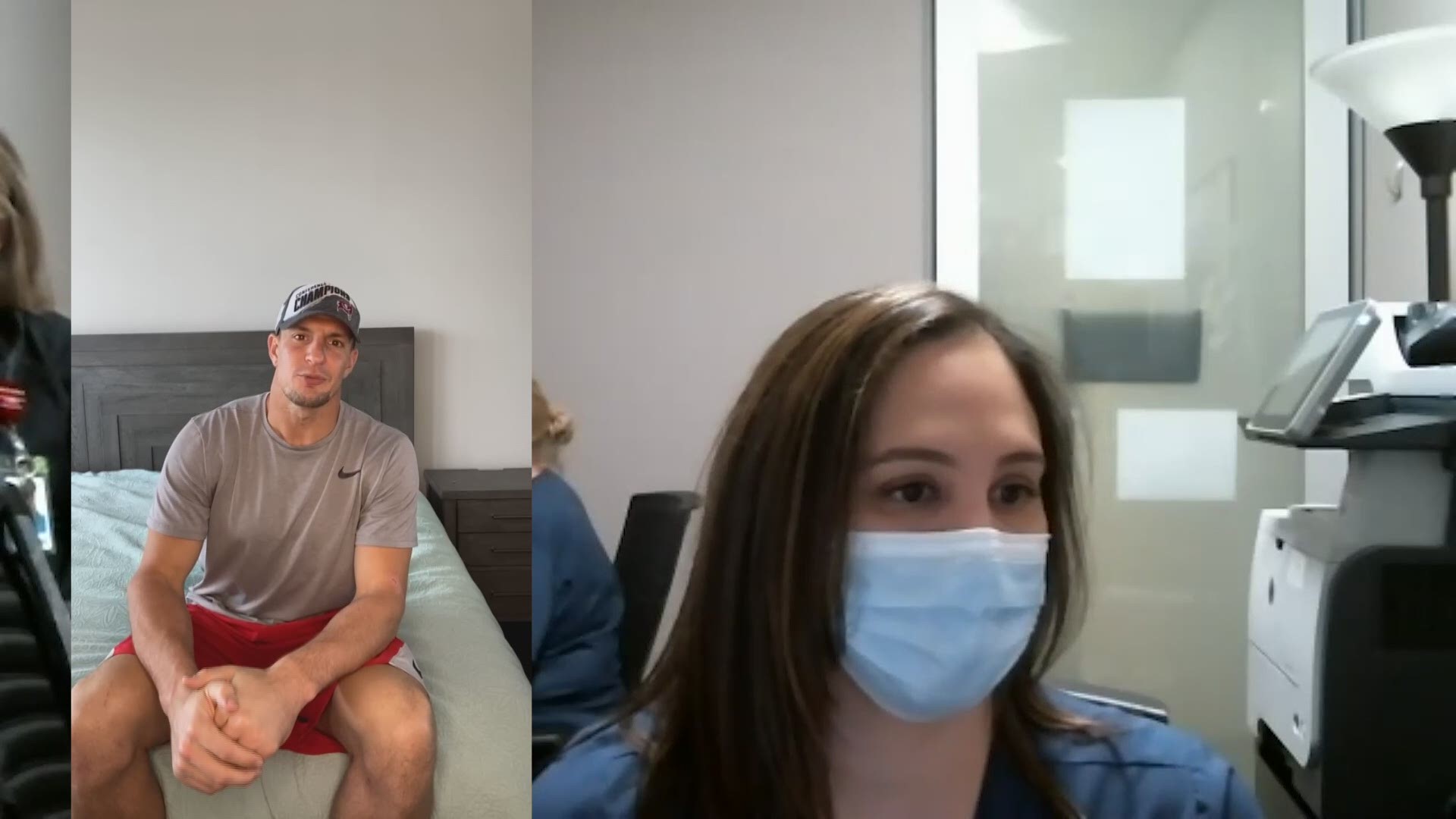 ST. PETERSBURG, Fla. — There's no doubting that health care workers on the frontlines of the pandemic have experienced some of the greatest challenges among us, and yet, they still show up every day ready to treat those infected with the virus.

That's why the NFL is returning the favor for all they've done by inviting 7,500 of them to Super Bowl LV.

Most of them will be from the Tampa Bay area, but four of those health care heroes got an invite that may be just as memorable as their trip to the game itself.

THANK YOU!!! Tight end @RobGronkowski personally invited two Tampa Bay health care heroes to #SuperBowlLV on behalf of the @NFL and the @Buccaneers 🙌

In true Gronk fashion, he didn't hold back his enthusiasm when inviting them to the big game on behalf of the Bucs and the NFL.

"Congrats," he shouted in his message. "You'll be joining the amazing frontline workers from all over the country that are being recognized and honored for their very, very hard work."

Spahn treated the first patient with COVID-19 to be admitted to the ICU at AdventHealth North Pinellas, according to a press release. That patient's name is Charles Thompson, and you can learn more about his story by clicking here.

"During his time in the ICU, Charles's condition was deteriorating and he pleaded with Belinda, 'Please don't let me die,'" the press release continues.

Spahn is described as not only being a caretaker for Thompson, but also a support system. She prayed with him, reassuring him to lean on his faith.

Spahn and her team "worked tirelessly to fight for Charles and save his life."

Their efforts paid off. After 17 days in the hospital, Thompson was able to go home.

Stegmeier's accomplishments through the pandemic are also being recognized.

"I hear you've got a very important job at the hospital in keeping people safe," Gronkowski told her in his video message. "I'm also aware that things haven't been easy and you've faced some challenges through it all. But during these tough times, your hard work hasn't gone unnoticed."

According to AdventHealth, Gronkowski is spot on in saying Stegmeier has an important job. She is charged with "educating and assisting team members in obtaining and properly using personal protective equipment throughout the pandemic to ensure everyone remained safe as they continued to provide care to the community."

Mueske spends her days caring for those with cancer whose diagnosis has been further complicated by also getting COVID-19 during the pandemic. While Nixon works in the hospital's Intensive Care Unit treating those who need additional care after contracting coronavirus.

Because of their vital role throughout the pandemic, they'll now get to take in the biggest game in all of sports at Raymond James Stadium.

"That's awesome. I'm so excited. This is going to be so much fun," Stegmeier said.

“I am so excited,” Mueske added. “I’ve never been to a Bucs game but I’ve always wanted to, so the first time going is going to be the Super Bowl – I’m so excited… I watch games every Sunday. Go Bucs!”

While everyone here at 10 Tampa Bay wishes they both have a great time at the game, nobody can quite match Gronk's energy in delivering that same message:

"I hope you enjoy the game and go Bucs! Arrrrrrrrrrrrr!"