For all you bandwagoners out there, it's time to fake it 'til you make it. Try these 49er celebration traditions from a Sacramento Niner Empire super fan! 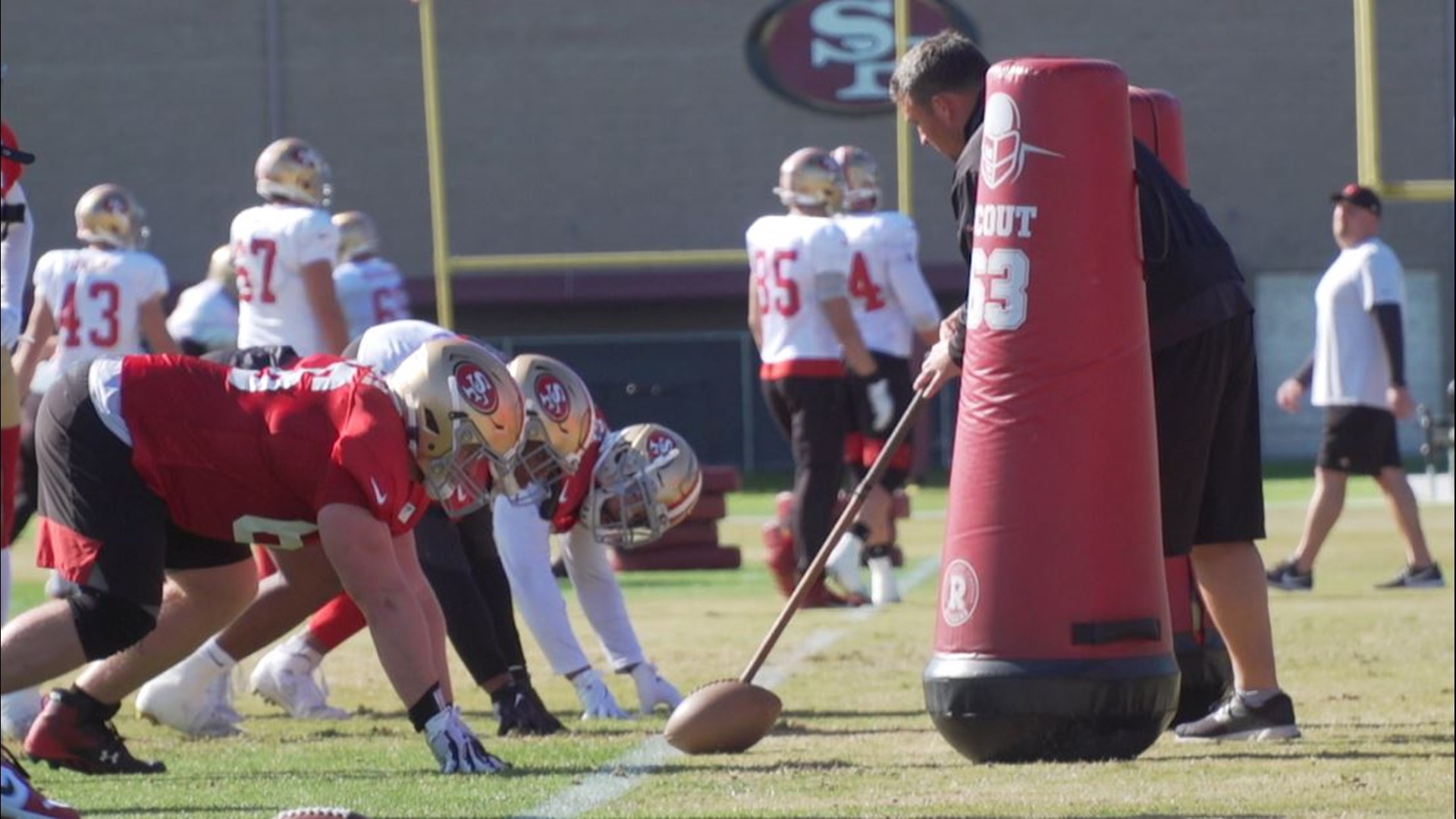 Super Bowl Sunday is just around the corner and you may be finalizing plans to watch with friends and family.

If you, like many here in the Golden State, want to root for the San Francisco 49ers but don't want to stand out as someone who only just joined the party, we spoke to bonafide fan, Anthony "Big Bunk" Moreno, chapter co-president of the SacTown 916 Niner Empire, to help you fake it until you make it.

When it comes to joining the 49er fan base, Big Bunk says "The 49ers fans, we are an empire. We are not a nation. We are worldwide. We have worldwide fans."

Chiefly, this means that all are welcome, as long at the celebrations stay respectful and safe.

In this guide for bandwagoners, you'll find ways to join in on the festivities without getting called out for not being a "die-hard" fan.

The ultimate first step is to buy a some 49er swag. Get a simple SF shirt or go all out with an official jersey. No one will doubt your fan loyalty as long as you shield yourself in this red and white armor.

Avoid that awkward moment when you don't know the player whose name is on your shirt and get yourself a blank or customized jersey.

Do not, under any circumstances, wear a Raiders jersey. Even with the Oakland Raiders moving to Las Vegas, the rivalry is still real.

This leads us into the our next step, which is to read up a little about popular players and coaches. That way, when you run into the age-old "If you're a true fan, name five players" trivia question, you will actually be able to do just that.

Here are the top three players for the San Francisco 49ers:

At the same time, with all of the buzz surrounding Sunday's game, you don't have to know sports stats to be a part of the conversation.

ABC10 has some great articles and videos to help you nail down your talking points:

According to Big Bunk, if you hear any of these celebrations in progress, you'd better jump in.

"When we score, the 49ers announcer for the past 20 years, he would yell out 'Touchdown! SAN…FRAN…CISCOOOOO!' You know, just prolonging. We would all yell out that."

Some people also have their own celebrations and routines.

"I know some people, they have handshakes with their family members that they do during touchdowns or probably anytime we score," Big Bunk said.

Others take it in another direction, embodying the great Merton Hanks, a 49er in the 1990s.

"He is just a long, skinny guy with, what I want to say was, probably an 11-inch neck," Big Bunk said with a laugh. "He would do the 'funky chicken' as his dance, and they call it the Merton Hanks Dance."

For first downs, the celebration continues.

"Even at the stadium, and this goes back to Candlestick, when the 49ers score a first down, the announcer will yell out "Another 49ers' first down!"

The response, Big Bunk says, is ripped right from the movie 300. When the Spartans rally in the film, they chant "A'oo, A'oo, A'oo!" For 49ers, the tradition is much the same.

"So, it would be "Another 49ers first down!" and everyone else would yell "A'oo, A'oo, A'oo!" as they're doing kind of a karate chop forward, marking that it's a first down," Big Bunk said.

"That's what we do. We do that even at our watch parties. We even just yell it out like in the middle of a tail gates just to get everyone's attention."

"Me, I'm a tequila person," says Big Bunk. "But with the Niner Empire, our main drink of shot choice is Fireball."

Additionally, should you go to the official SacTown Niner Empire watch party, Big Bunk says there may be drink specials on the famous cinnamon whiskey.

All the more incentive to take a shot at kickoff!

Casually bring up Joe Montana. Nothing more is needed.

You may be wondering, do people still talk about Joe Montana? Big Bunk says "All the time."

"To this day, we do raffles at our parties, and one of the most prized things is a Joe Montana framed picture. We just gave away a signed one, and the guy that won it actually started crying when he got it. So, it means a lot to us."

Alternatively, you could slide in a mention of Jerry Rice, who Niner fans affectionately call the GOAT (Greatest of All Time).

You don't even need to know anything about these two players. Just the mere mention will send 49er fans on a trip down Nostalgia Lane.

And finally, check out this Super Bowl watch party:

The SacTown 916 Niner Empire is having a watch party at Stoney's Rockin Rodeo at 1320 Del Paso Blvd. this Sunday.