The move came at a trying time for the island. About 3.2 million Puerto Ricans are still recovering from a hurricane, major earthquake and lingering recession. 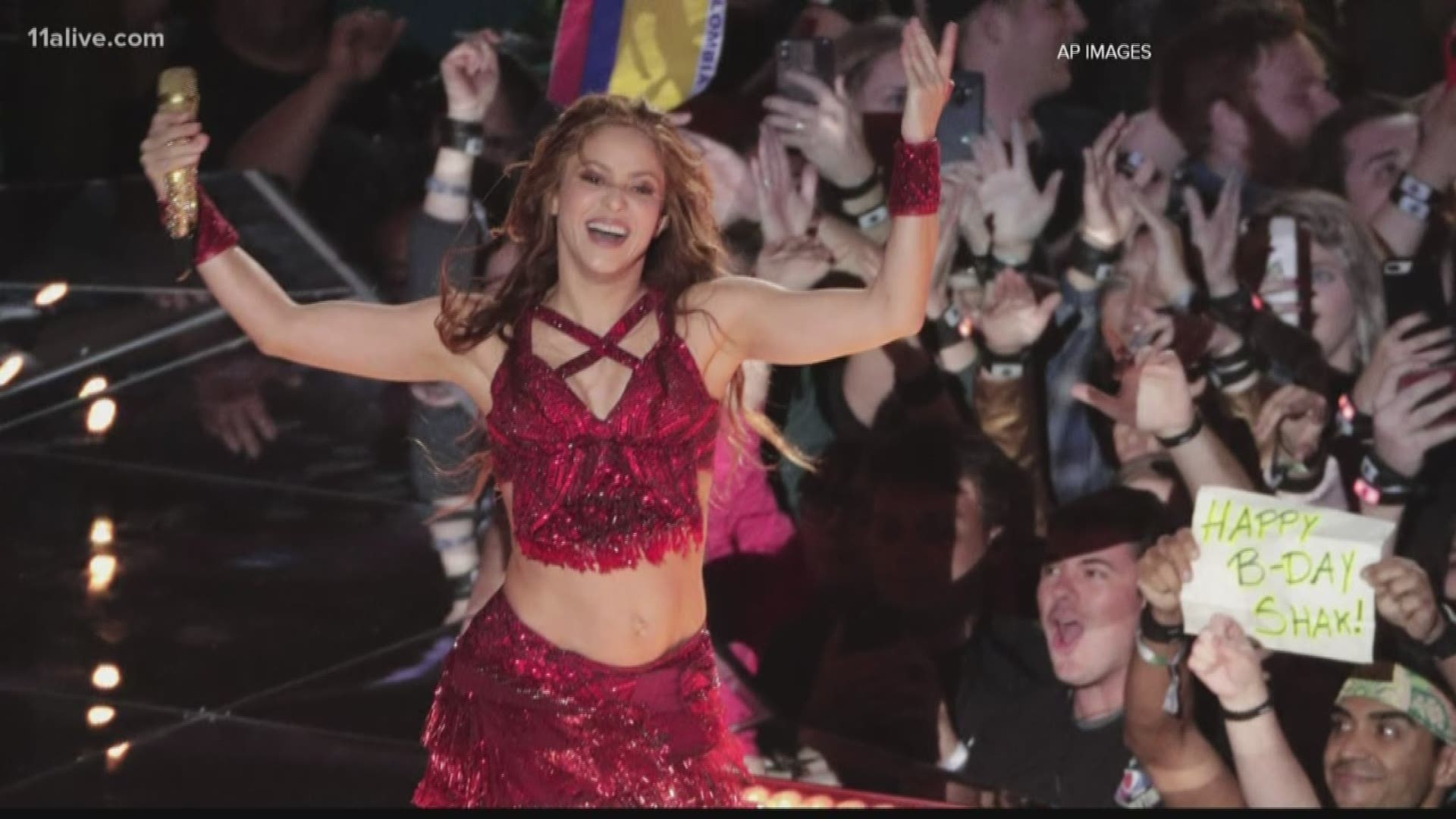 MIAMI — Screams echoed across Puerto Rico when Jennifer Lopez unfurled a feather cape representing the flag of the U.S. territory during the Super Bowl's halftime show.

It's a moment that many were still replaying and sharing on Monday. The move came at a trying time for the island of 3.2 million U.S. citizens.

They're struggling to recover from a devastating hurricane, a major earthquake and lingering recession. Many also praised what they believe was a political message.

The custom Versace cape had 40,000 feathers in it and 2,000 crystals that made up the lone star on Puerto Rico's flag. Versace said the banner depicted the United States of America's flag on one side, and Puerto Rico's on the other.

J.Lo and Shakira spent months preparing for the performance. They were announced at the Super Bowl halftime show act in September 2019.

J.Lo and Shakira rocked the Super Bowl halftime show by bringing the heat and dazzle with jaw-dropping dance moves.

Shakira, 43, kicked off the performance with her songs "She Wolf," "Whenever, Wherever" and "Hips Don't Lie."

Jenifer Lopez, 50, followed with her classic "Jenny From The Block" before launching into a mix that included "Ain't It Funny," "Waiting for Tonight" and "On the Floor."

Bad Bunny joined Shakira for a cover of Cardi B's "I Like It." J Balvin joined J.Lo for a rendition of "Mi Gente."