History of Super Bowl ads: How and when they became so popular for brands and viewers 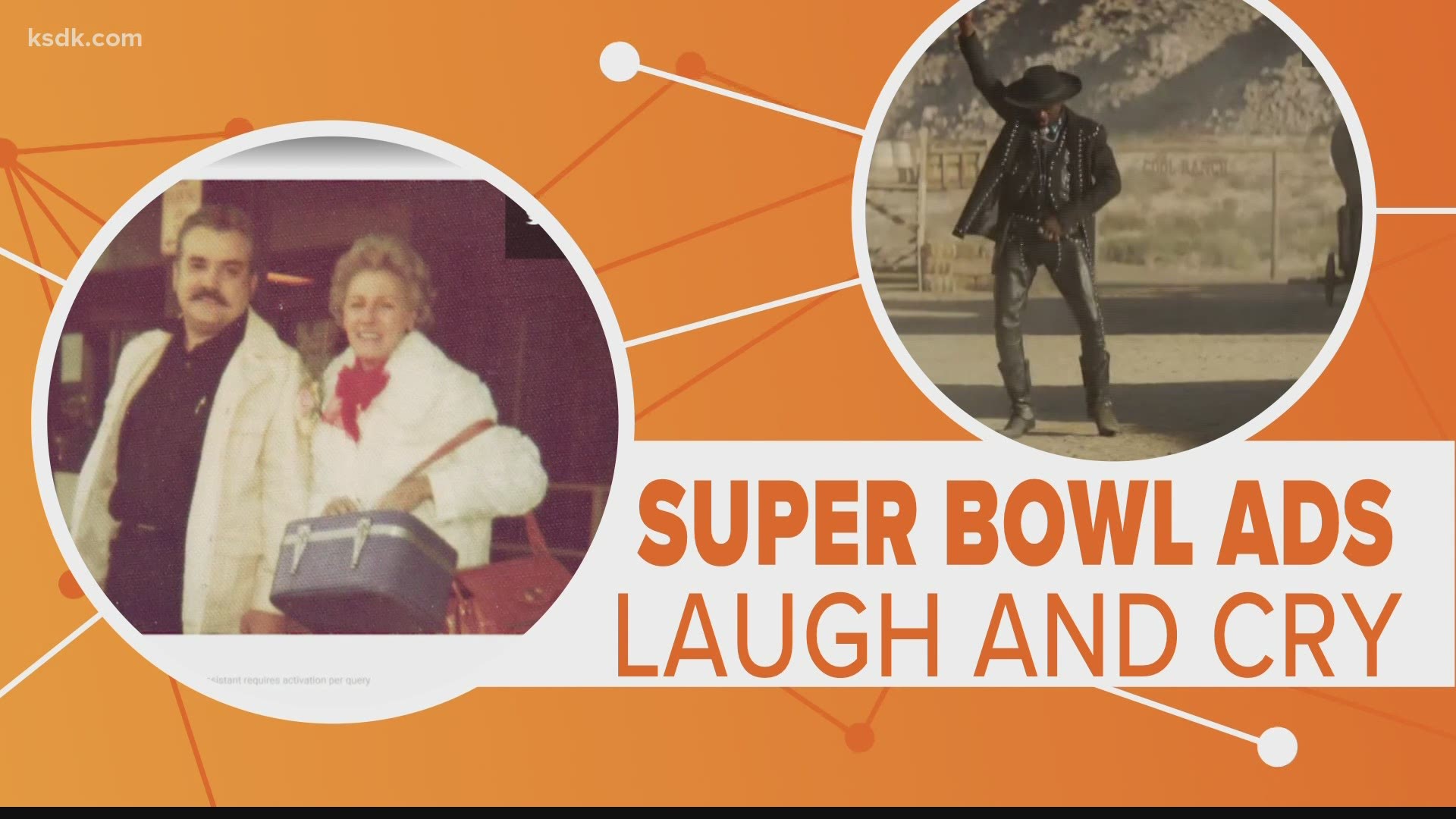 ST. LOUIS — Within two weeks, the Kansas City Chiefs will take on the Tampa Bay Buccaneers in the 2021 Super Bowl. If Kansas City brings home another win this year, fans are going to have to find their own way to celebrate. City leaders have announced KC will not host a victory party, at least not right away. They say it's too dangerous right now because of the COVID-19 pandemic.

Another Super Bowl tradition taking a hit this year is the beloved commercials. Because of the coronavirus, a lot of the big brands that have entertained fans between the plays on the field are sitting this one out.

The Super Bowl is the one time of the year when the tens of millions of eyes locked on the TV are also locked into the commercials.

Many say the commercials are the only reason they watch the game, so you can imagine there's a lot at stake for a company's brand. Striking the right tone is key, which is why many of the regulars have decided to opt out of the Super Bowl this year, feeling that any tone during this pandemic may fall on deaf ears.

You will not see ads from Coca-Cola, Hyundai, Pepsi and Budweiser. All of the brands yanked their ads saying they've decided to reallocate finances amid the pandemic. This means no beautiful Clydesdales or adorable puppies from Budweiser. Bud Light, an Anheuser-Busch brand, will still run an ad.

Budweiser said it will donate the money it would have spent on the ad to coronavirus vaccination awareness efforts.

So, when did Super Bowl ads become the make or break for brands? We have to go back a few decades. The first Super Bowl was played in 1967, when it was about $75,000 for a 60-second spot. Today, commercials can cost up to $5 million.

They're said to have taken off after the 1984 blockbuster ad from Apple. It cost $500,000 for the spot that aired in the Super Bowl that year. It was seen by 85 million people and is still ranked as one of the most famous in Super Bowl history.

The cost of commercials crossed the $1 million mark in the 1995 Super Bowl and continues to climb higher each year as the number of eyes watching grows and grows.

More than a 100 million viewers tuned in to see the Chiefs beat the 49ers last year. A 30-second spot cost $5.6 million and the big game raked in some $400 million for FOX.

This year, the game is on CBS, and even with the pandemic, ads are expected to cost just as much.