Nathaniel Duncan, 10, got the experience of a lifetime with Patrick Mahomes and his family. 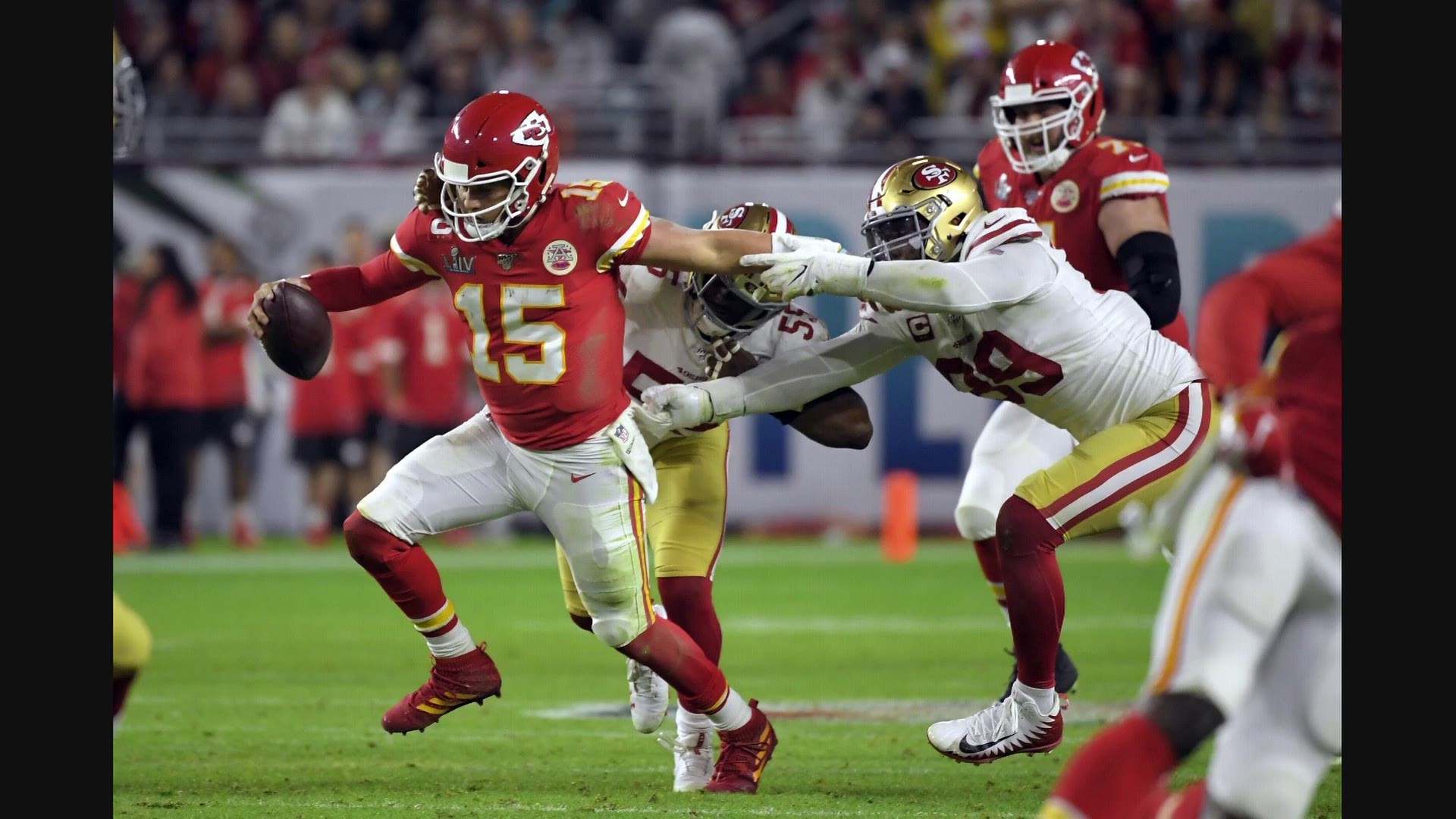 AUSTIN, Texas — I'm pretty sure no one is having a better month than 10-year-old Nathaniel Duncan.

Thanks to the Make-A-Wish Foundation, the young Cowan Elementary School student just got back from Super Bowl, but going to the big game was just the beginning for Duncan and his family.

Duncan found out about this Super Bowl trip around this time in 2019. On Sunday, he was front row at Super Bowl LIV in Miami.

Duncan told KVUE the best part was the halftime show, but what made this game even more special was that Nathaniel's favorite player and favorite team were in the game. Not only that, but Patrick Mahomes and the Kansas City Chiefs won.

"He's been my favorite player since he came into the league," Duncan said.

Here's where things get really fun. Duncan and his family found out that they were going to be part of the Disney World commercial.

PHOTOS: Nathaniel tags along with Patrick Mahomes at Disney World after Super Bowl

PHOTOS: Nathaniel tags along with Patrick Mahomes at Disney World after Super Bowl

"It was really cool because on most of the rides I got to sit next to Patrick Mahomes," Duncan said.

"It was all first class and we had VIP with us the whole time. We got to get on every ride. It was so wonderful," Duncan's mother told KVUE.

Steven Foster with the Make-A-Wish Foundation of Central and South Texas loves how this all came together.

"It's very rewarding that Duncan was an aficionado of Super Bowls, and that he watches the Super Bowl and then to find out that his favorite player is playing in the Super Bowl wins and then he's part of it on a national scale, it just really warms the hearts of our chapter here," Foster explained.

By Thursday, Duncan was back to school with his friends sharing the stories from his amazing week.

If you'd like to help others like Duncan live their dream, the Make-A-Wish Foundation of Central and South will celebrate its 35th anniversary on Saturday night. You can find more information about that event here.

VERIFY: Fact-checking Trump's 2020 State of the Union address and the Democratic response