Vikings pick 2 in first round, prep for busy remainder of 2020 NFL draft

The Vikings selected LSU wideout Justin Jefferson with the 22nd pick, and TCU DB Jeff Gladney with the 31st.

Jefferson, 6-foot-1 and 202 pounds, starred as a junior for LSU in their championship season in 2019. He racked up 111 receptions for 1,540 receiving yards and 18 touchdowns. He scored four touchdowns in the first half against Oklahoma to help lead LSU to the national championship game in 2019.

"He was one of the guys we were definitely hoping that would fall to us," said Vikings General Manager Rick Spielman. "We had two other names, as well, but we were very excited to get Jefferson, because I know he's going to have -- he has a chance to be a pretty impactful rookie when we get him in here."

"Tough, competitive guy, goes up and gets the football, hard worker, a lot of contested catches he makes," added head coach Mike Zimmer. "Really good player and good kid. Played in a very similar offense in college so I think he will fit in well."

The Vikings two first round picks were No. 22 and No. 25, but Vikings General Manager Rick Spielman traded the No. 25 pick to San Francisco 49ers, getting San Francisco's No. 31 and the 117th and 176th picks as well.

With the No. 31 pick in round one, the Vikings selected TCU defensive back Jeff Gladney.  Gladney played in many defensive schemes during his college career and enters the league as one of the most experienced defensive backs in the draft.

As a senior, Gladney tallied 31 tackles, 1.5 for loss, an interception, and a conference-high 14 pass breakups in 12 starts.

"Gladney reminded me of a lot of guys that played similarly for me in the past,"  said Zimmer, who has a fondness for drafting defensive backs. "Very good acceleration. Tough, competitive kid. Wants to challenge receivers. Good in and out of the breaks. Long arms. So you know, I know he's a shorter guy, but I think he makes up for it with his toughness and his length."

Now the Vikings are prepping for what promise to be busy days 2 and 3 of the NFL draft. Thanks to the Stefon Diggs deal, Thursday's San Francisco swap and some other stockpiling by Spielman, the Purple have 12 picks in rounds 2 through 7.... at least on paper. Trader Rick is hinting that he's not done moving the chess pieces around.

The Green Bay Packers made a surprise move and traded up to the No. 26 spot in the first round to select Utah State quarterback Jordan Love.

Apparently, choosing Love as the new successor to Aaron Rodgers.

This year's draft was a "virtual draft" due to the COVID-19 pandemic.

General managers around the NFL said this week that the draft will be unprecedented and may have a few extra surprises and glitches.

Rick Spielman is known for making a lot of moves during the draft and told the media this week that he's excited for this virtual draft. 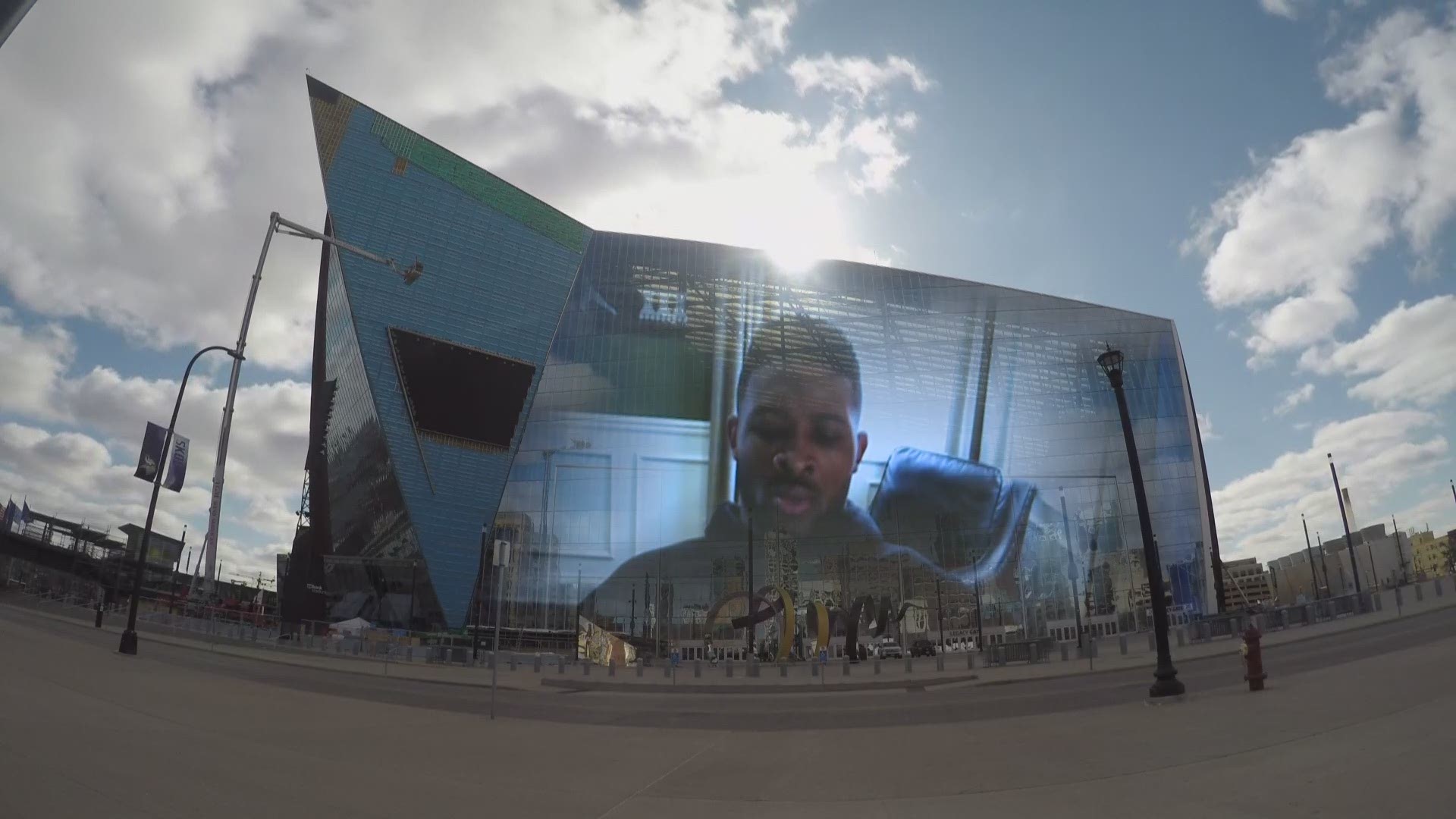