The NHL and Lake Tahoe are partnering up to continue on a tradition of outdoor hockey games. Both games will be played without spectators, according to the NHL. 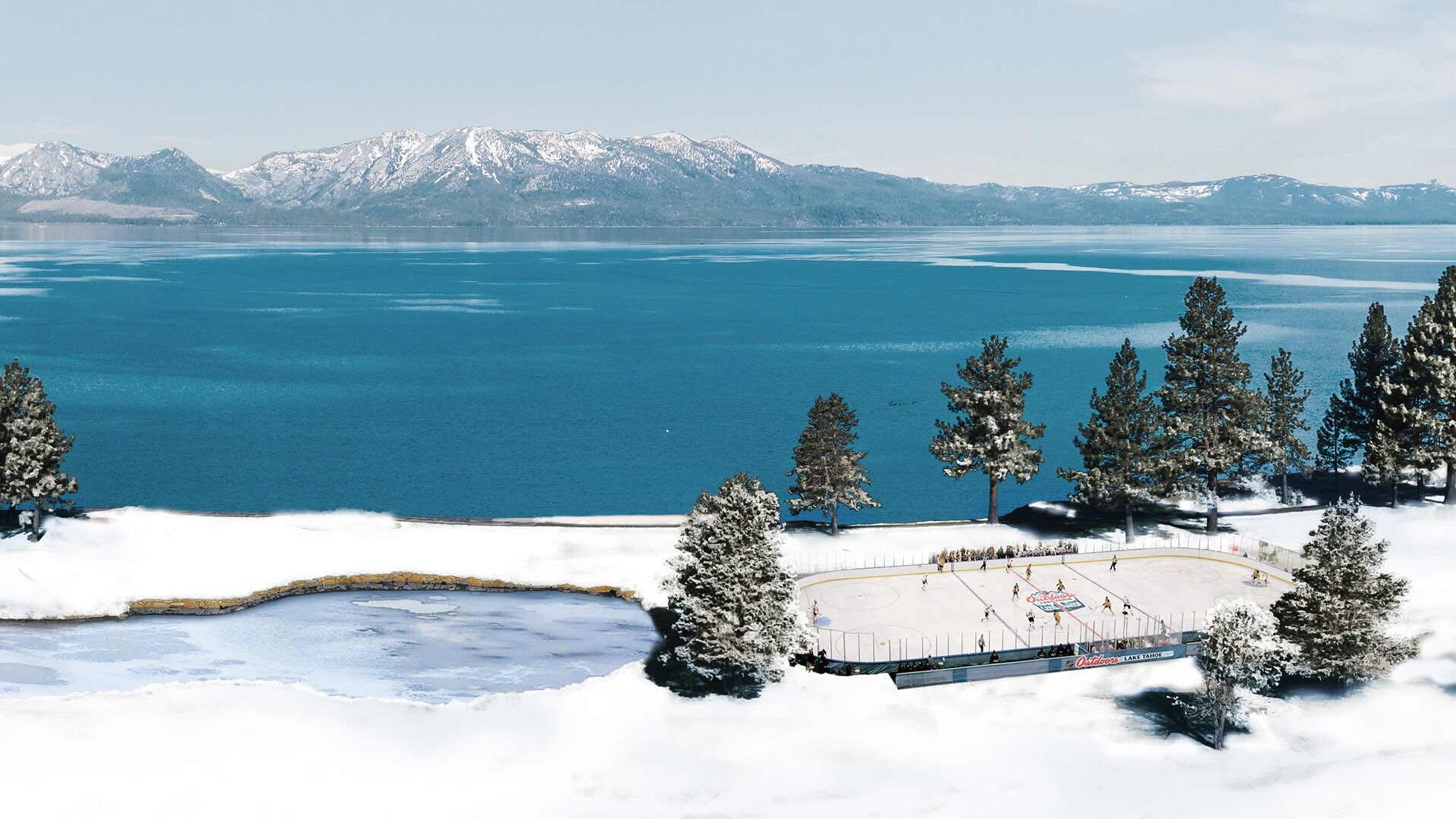 STATELINE, Nev. — The NHL has announced that Lake Tahoe will be the home of two regular-season outdoor games, according to a news release.

Despite a global pandemic, the league is continuing on with a tradition of hosting outdoor games this February. The upcoming games would mark the 31st and and 32nd such events since 2003. The NHL said both games will be played without spectators.

"We are delighted to announce the NHL Outdoors at Lake Tahoe and can't wait to get on site for what undoubtedly will be two thrilling games in a breathtaking setting," said NHL Commissioner Gary Bettman. "Ever since we began staging outdoor games in 2003 and made it a regular feature of our annual schedule in 2008, we have considered myriad non-stadium settings, but they always were rendered impractical because of the sheer volume of demand from our fans to attend.”

“This season, unable to host our usual huge crowds at such events, we will continue our tradition of taking the game and our players back to their outdoor roots when the Avalanche meet the Golden Knights and the Bruins face the Flyers on an open-air rink at the spectacular Edgewood Tahoe Resort," he added.

The rink for the planned outdoor games can be found at the golf course at the Edgewood Tahoe Resort on the lakefront 18th fairway.

If that description didn't quite make sense or you just don't know your way around Lake Tahoe very well, you can take a look below at the rendering of the rink provided by the NHL.

The Avalanche, Bruins, Flyers, and Golden Knights plan to wear special uniforms. Each team will wear Adidas Reverse Retro ADIZERO Authentic jerseys for the anticipated event. These uniforms are special because they give a visual history lesson of each team.

According to the NHL, hockey fans can expect to hear more details on the NHL Outdoors at Lake Tahoe™ event as soon as they become available.

"Having the National Hockey League playing at Lake Tahoe highlights the area's reputation as a leading winter destination and complements the recreational appeal with a major sporting attraction," said Carol Chaplin, President and CEO of the Lake Tahoe Visitors Authority. "Combining Tahoe South's spectacular beauty with the best hockey players in the world is a natural fit and will create a television viewing experience that can't be missed."

With Alex Trebek's final episodes aired, here's what Jeopardy! will look like this week