Billions of 17-year cicadas expected to emerge in 2021 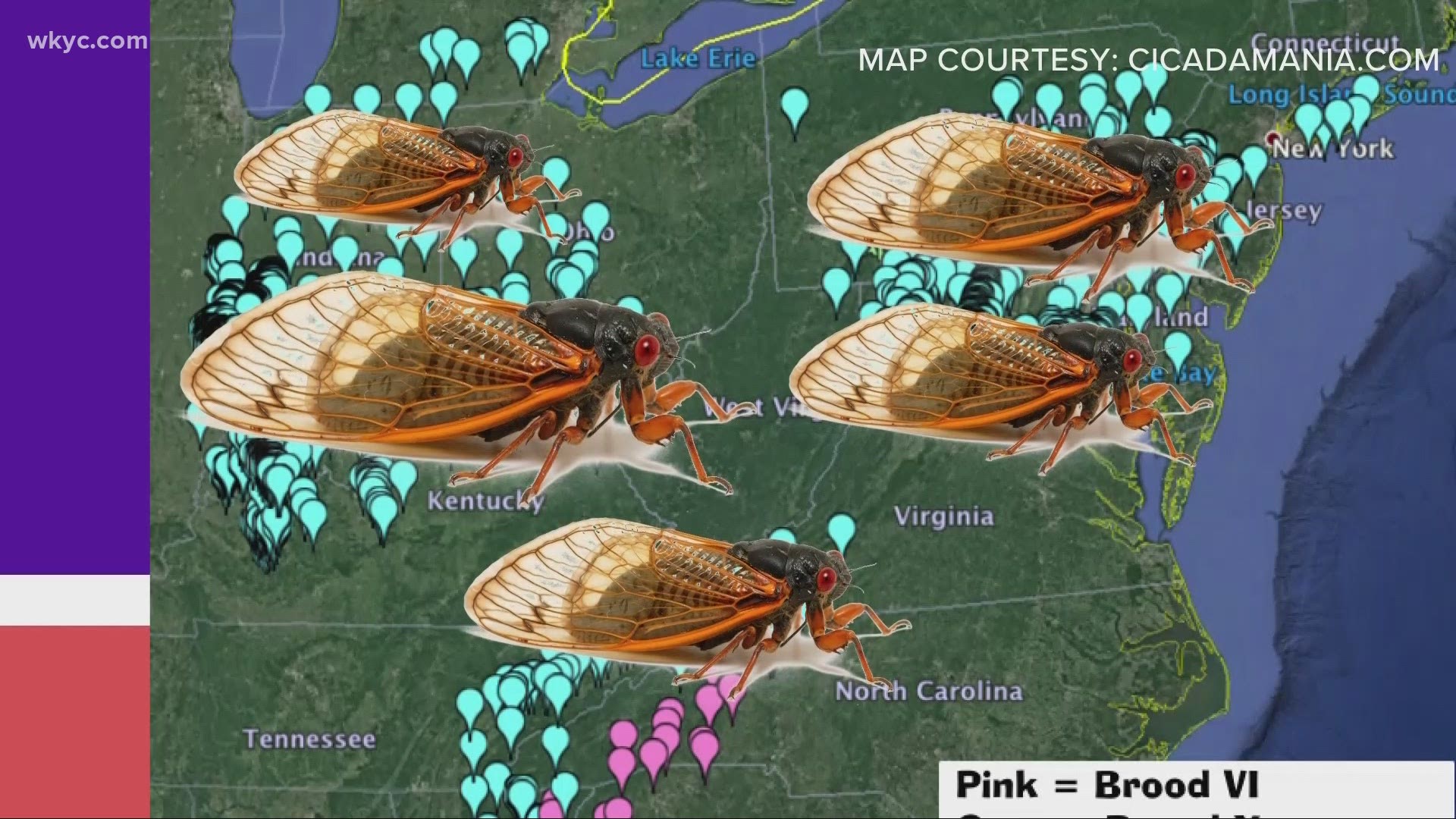 CLEVELAND, Ohio — Soon, they'll be digging out of the ground, climbing tree trunks, shedding shells, and getting their wings ready to fly.

Dr. Gene Kritsky is a biology professor at Mount St. Joseph University in Cincinnati. He's one of the top cicada researchers in Ohio.

There will be annual cicadas everywhere, but if you want to see Brood X, (roman numeral 10) head to Southwest. Kritsky has mapped cicada populations in the area.

"On the West side of Cincy, in and area called Delhi for example, had 356 cicadas emerge over one square yard," he explained.

The nymphs will emerge around the trunks of trees or along hedgerows, where the last generation of cicadas dropped their eggs 17 years ago.

"In 1902, Brood X emerged in Washington, D.C., and he gave an address at Arlington Cemetery and the cicadas almost out-sang him," Kritsky said.

However, Brood X can also inspire.

"In the year 1970, Bob Dylan was given an honorary degree at Princeton University," Kritsky began. "While he's there, the cicadas are screaming in the background, and he goes home and writes in a song, 'The Locusts Sang For Me.'"

"There's nothing more romantic than a cicada wedding," Kritsky said, "because nobody celebrates their 17th wedding anniversary with the same panache and zeal."

Cicadas have a huge following, with several websites dedicated to the insects. Kritsky, along with colleagues, developed an app for smart phones called "Cicada Safari." It allows citizen scientists to go out looking for cicadas and record photos and short videos of the large, harmless insects.

That information is verified and catalogued, then mapped out showing locations of different broods. Best thing of all, the app is free, and it really came in handy last year when researchers were kept indoors due to COVID-19.

This year, Kritsky is involved in a huge task: Mapping Brood X in several different states along with Ohio.

"My colleagues at Universit[ies] of Connecticut, Maryland, Tennessee are working with me, and we're all working on this group effort to see what's going on."

Cicadas are a vector species that are used to study environmental and climate changes. They have been around for millions of years, and scientists can explore broods going back to colonial America, 17 years at a time.

Brood X should begin emerging in late April or early May.