While camping is an easy way to social distance, many campgrounds in California are not open yet

The state has not made it so that all campgrounds can reopen, but are leaving it up to counties as many of them go further into reopening phases. 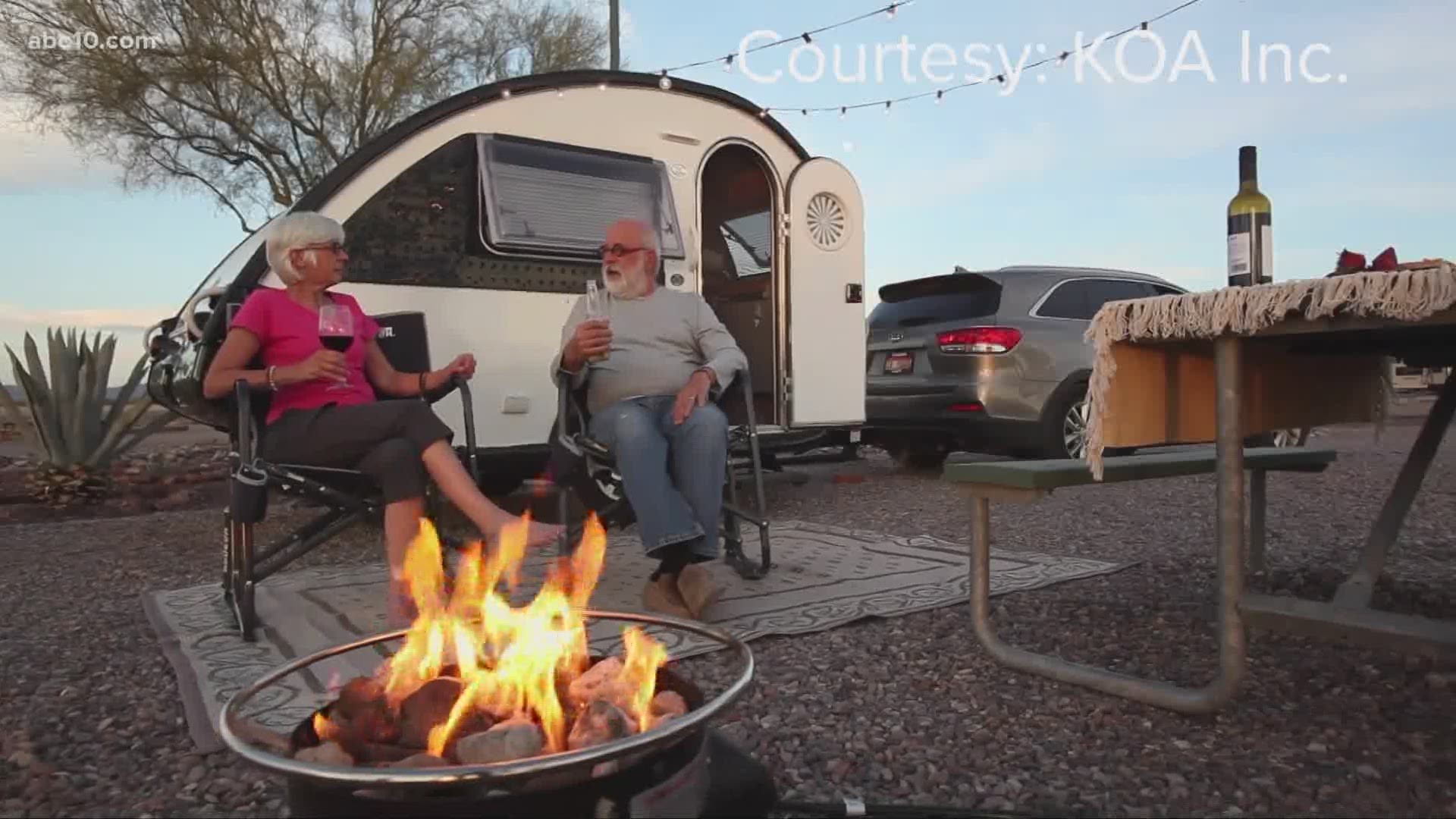 SACRAMENTO, Calif. — The coronavirus pandemic shut down many places and while California is starting to slowly but surely open up, camping is still not allowed.

According to a statement from California State Parks, camping reservations are being cancelled and refunded through June 21. They are also leaving it up to counties to decide based on where they are in California's four-stage reopening process.

Some are starting to relax their rules and outline guidelines for campsites and campgrounds to open back up. A lot still has to happen before the state as a whole can open camping back up.

California State Parks
Wondering who you can gather with when you visit our parks and beach... es? At this time of , only with those from the same household like this flock of birds enjoying a sunset at Robert H. Meyer Memorial State Beach. Flock facts: A group of birds is called a flock or flight of birds.

"Most all of the country is open as of right now for camping except a few states. California, you know, hasn't OKed recreational camping yet," says Toby O'Rourke, CEO of Kampgrounds of America. "We’re hopeful that we can open up more broadly coming from the state level soon, but it’s just a work in progress."

O'Rourke says that most of the recreational camping being opened up is being handled by the counties and each is making sure they are following social distancing guidelines to prevent the spread of the virus.

"I know some counties have a capacity restriction on the campground, so you might be 50% full so they can help enforce that social distancing," explains O'Rourke.

"They don’t want large groups gathering," says Dyana Kelley, President and CEO of CampCalNOW and Camp California. "If you want to get out with your family or a couple friends, that’s OK, but if we start going back to these large groups and have these big camping parties, they’re likely to close campgrounds again."

While recreational camping still is not allowed by the state, a report from Kampgrounds of America says that many people feel like camping is the safest way to travel right now in the pandemic.

RELATED: Here's how to turn your backyard into your very own campground

"[The report] backed that campers and non-campers were into camping as the safest form of travel in their mind," says O'Rourke.

A lot of places are opening up to RV camping right now to help with the social distancing guidelines.

"RVs are already flying off the shelves, campers, they can’t keep them in stock," says Kelley. "So, I think what we’re going to see are a lot of people who have never even camped before or even considered camping, maybe taking a different type of vacation."

"I love seeing the interest from non-campers now looking to try this activity, whether it be an RV or glamping," adds O'Rourke.

Many people who don't camp are also thinking about camping as an option this summer as traveling likely won't happen for them anytime soon.

"I think people are looking for ways to recreate and do something this summer and camping is going to be a great alternative for a lot of people, even those who have never tried it before," explains O'Rourke.

Can you hear one of nature's summer soundtracks? If you recognize it, tell us what you call it in the comments!

California State Parks says they "recognize the importance of outdoor activities, such as camping, during this challenging time of COVID-19." They are working with local governments to increase access for more people.

"The outdoors is just so important for people. People are prioritizing the outdoors now more than ever," says O'Rourke.

For those itching to get camping again, there is still hope. National Parks in California are opening up starting on June 1, except for Yosemite, and many national forest campgrounds are open as well.

As more parks open up, California State Parks wants to reiterate that parks will reopen with little notice in advance and that "visitors should expect a different state park experience than they are used to" as more start to reopen to the public.