Sacramento Republic FC is officially part of Major League Soccer! Have some questions? Get answers on the team, stadium, and more right here. 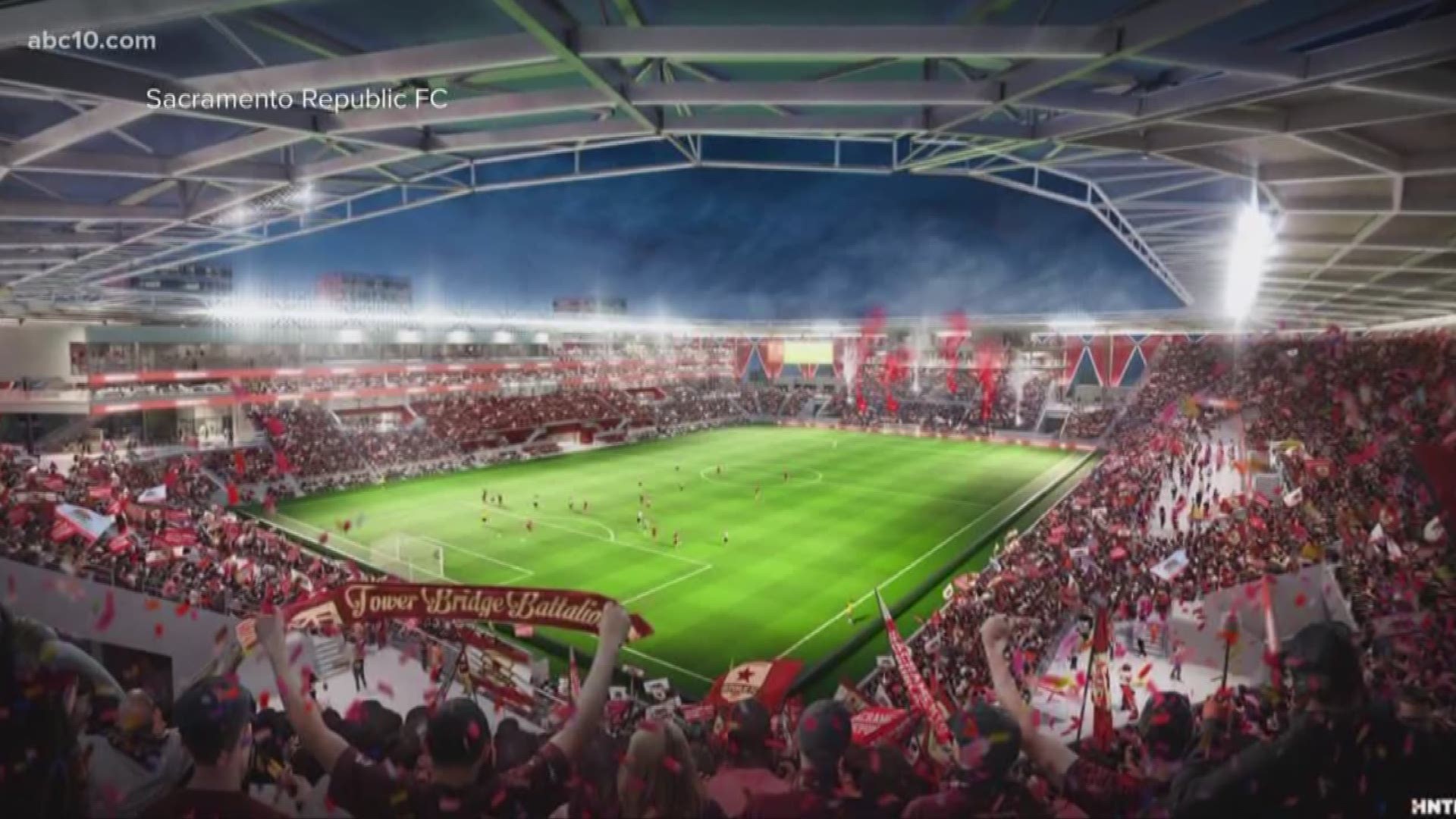 Have you heard? Sacramento Republic FC will now be a part of MLS!

This exciting news comes in the midst of planning and development for a new stadium as part of the Railyards urban infill project.

Find out everything you need to know about the MLS expansion and new soccer stadium below!

How can I celebrate this awesome news?

Block Party! Monday at 4 p.m., Republic FC is hosting a gigantic party to celebrate the new MLS status. Drop by Capitol Mall and 5th Street to enjoy the fun.

You can also catch Republic FC at its next game against New Mexico United this Wednesday! Republic FC is competing for a playoff spot and it's sure to be a wild game.

Where does the team play now?

The team currently plays at Papa Murphy's Park, near the Cal Expo.

Where will the team play after the MLS expansion?

Right now, the city of Sacramento is set to build a $226 million stadium in the Railyards urban infill. The new stadium would have a total of 375,000 square feet and 22,500 seats.

Can I get tickets for games in the new stadium?

Not only can you buy tickets already for games in the new stadium, but you should get them as soon as you can before they sell out! You can reserve tickets for Sac Republic's inaugural MLS season in 2022 for a $50 deposit. Visit MLS2SAC.com or call 916-307-6100 for ticket info.

Who's paying for the stadium?

The Republic FC leadership team will pay upfront for the construction of roads, sidewalks, sewers and a new light rail station around the stadium. The net increase in property taxes in the district will also help the stadium pay for itself. The city of Sacramento is contributing an additional $33 million to the project, including up to $3 million for police and traffic control. However, billionaire Ron Burkle is the lead investor for the monumental stadium.

RELATED: A timeline of Sacramento Republic FC's journey to a MLS bid

Who is Ron Burkle?

Born in Pomona, Calif., Ron Burkle became a majority owner and principal investor for Republic FC in January 2019. He is co-founder and managing partner of The Yucaipa Companies, LLC, a private equity and venture capital firm, and part owner of the NHL's Pittsburgh Penguins.

What will happen to the homeless population?

The city of Sacramento has numerous projects in the works to address homelessness, not just in the Railyards, but throughout the city. A new system of "Rehousing Shelters," service-rich housing hubs, are transitioning people to permanent housing. Mayor Darrell Steinberg has also raised millions of private dollars to expand existing shelter capacity.

How many jobs will this bring to the area?

A Critical Mass Report on the new stadium estimates that 1,755 jobs will be created during stadium construction, with an additional 130-220 jobs created during ongoing operations.

Will this finally put Sacramento on the map?

Sacramento is already on the map! We are the City of Trees, the Farm-to-Fork Capital of America and the hotbed of the Gold Rush.

But if you want to get technical, yes, having an MLS team would strengthen Sacramento's "Big City" status. The new stadium would expand the Downtown area considerably and have a huge economic impact. Just wait until the Republic  starts winning MLS games, then Sacramento will really get recognized!

In what league will Republic FC play?

Is the name "Sacramento Republic FC" here to stay?