We break down what this decision means for the Downtown Sacramento Railyards project, MLS stadium, and how it will affect you. 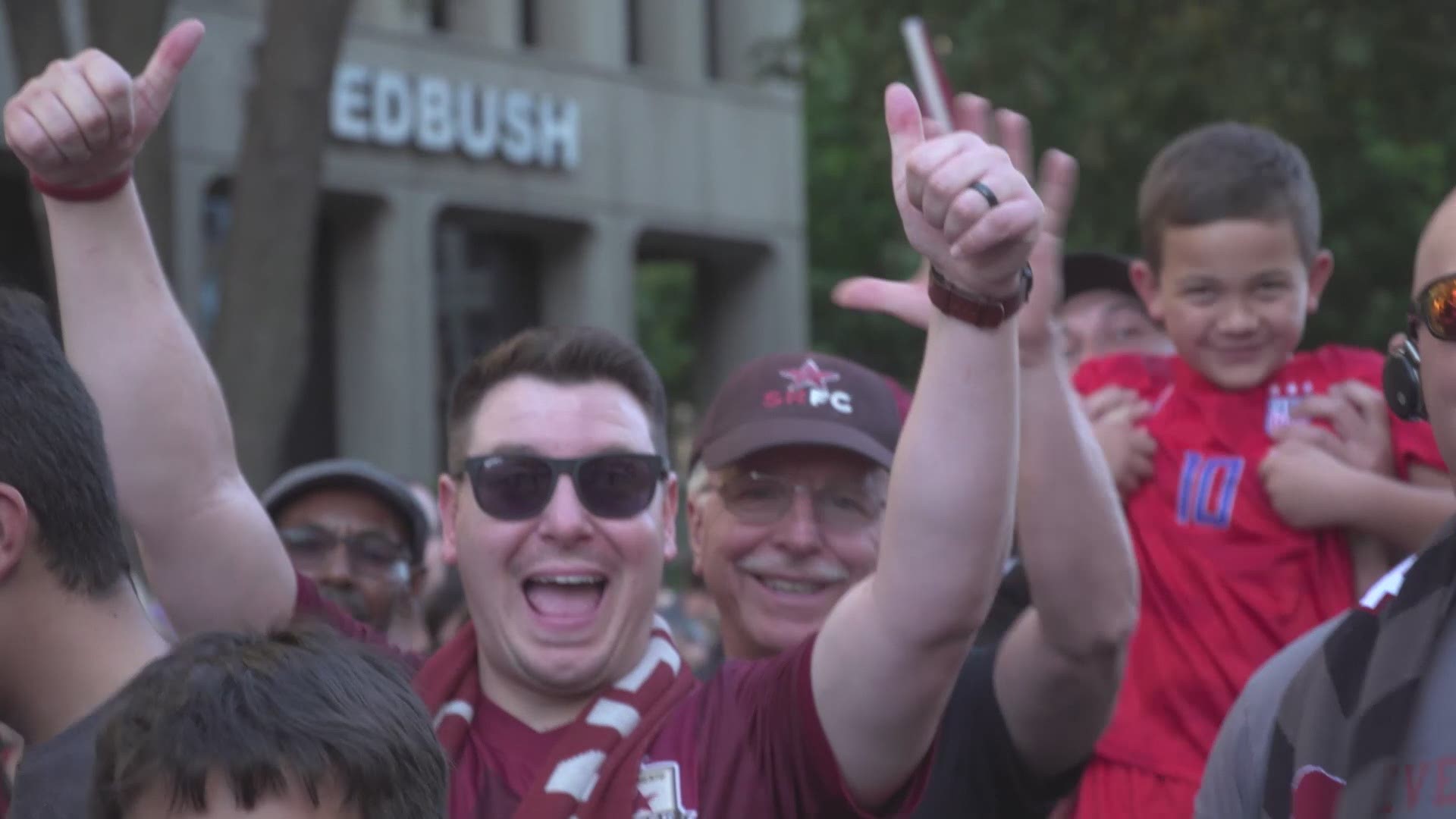 SACRAMENTO, Calif. — In case you haven't heard, Major League Soccer (MLS) announced it would award an expansion team to Sacramento Republic FC. Though the expansion was only recently announced, the city of Sacramento has had plans in the works for a new MLS-caliber stadium since April.

In order to finance the project, the city is working to establish an Enhanced Infrastructure Financing District (EIFD) for the purposes of financing the costs associated with infrastructure improvements. However, the city passed an amendment to their earlier agreement on Nov. 12, allowing public financing of the infrastructure, which will be reimbursed through the EIFD.

Now, Sacramento will be paying $27.2 million starting with a transfer of $174,000 to help fund the project.

All of that can be confusing, so let's break it down a bit.

Here's how it works:

California cities struggle to find infrastructure projects. The easiest way to generate revenue for an infrastructure project is to use tax increment financing (TIF), which is an increase in tax revenues generated by development. These taxes are paid by property owners who benefit from improvements. As such, your taxes should not increase unless you are a property owner in the Railyards who would directly benefit from improvements.

These TIF bonds can only be used under specific circumstances and only when a city or district forms an EIFD. EIFDs are separate government entities and require cooperating parties to work together to make a financing plan.

So, Sacramento approved the creation of an EIFD for the MLS stadium and other future developments in the Railyards in April. Working with Sac Soccer and Entertainment Holdings, LLC (SSEH), the city council approved a partnership to construct the new soccer stadium and mixed-use development in the Downtown Sacramento Railyards.

However, since approval of the initial terms, the costs for the stadium project have increased. At the same time, the MLS expansion fee for the team is substantially more at $200 million than what was initially quoted. The city of Sacramento is looking for more funding options.

Sacramento originally planned to contribute $33 million, but the amendment that passed means that Sacramento agrees to provide $27.2 million (and not a penny more) for the project, starting with a $174,000 transfer to the stadium fund. Now, to be clear, the city is not paying for the infrastructure, it is investing in it. It expects to be paid back through the EIFD and SSEH.

SSEH would be responsible for any other necessary financing and funding over that $27.2 million cap.

The amendment helps Sacramento cover these costs and would mean greater flexibility for infrastructure financing. Hopefully, with public and private funding, the amendment will assist in lowering the city's cost of borrowing finances.

With the city council’s approval of the amended term sheet provisions, staff will proceed to develop definitive loan terms with SSEH and prepare the appropriate loan documents and security instruments.