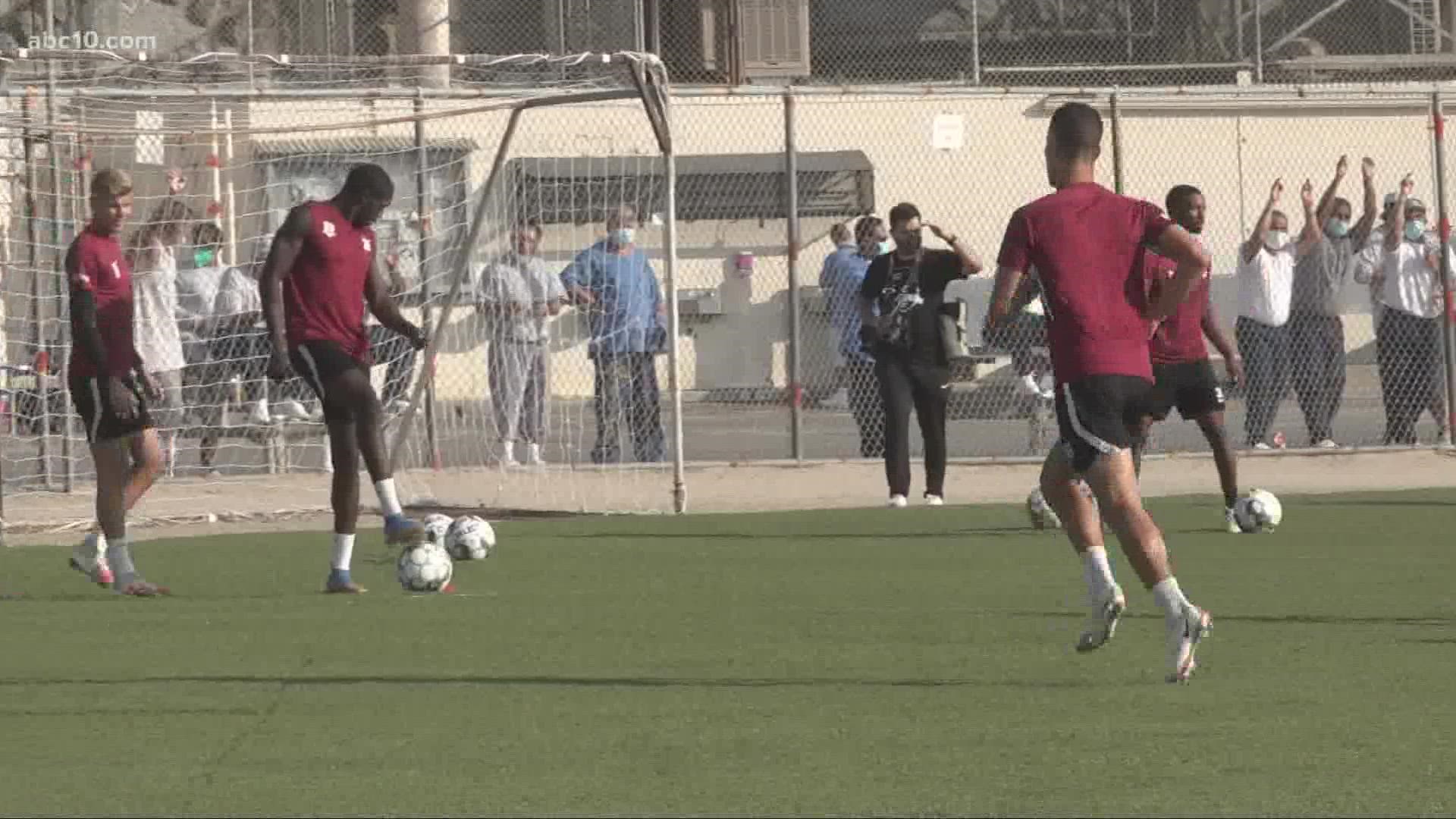 FOLSOM, Calif. — Tuesday was not your ordinary day at Folsom State Prison. There were some special visitors in the yard and enthusiasm was mounting from the inmates.

Before the start of the pandemic, Sacramento Republic FC visited Folsom State Prison on the regular basis. The team even held training sessions where the inmates could participate.

But on Tuesday, the inmates were spectators with front-row seats as Republic FC practiced in the yard.

"We want to show some compassion and humanity and let these guys know that people care about them," said Republic FC General Manager Todd Dunivant. "These are ultimately going to be our neighbors again. And we want to show them that there's a good pathway back."

This experience served as inspiration for inmates looking to rehabilitate their lives.

"What I want to do when I get out of prison, I want to give back to the community as far as running sports leagues," said inmate Raymond Morrow. "This is a good step for me, as far as being a mentor in my community."

But the inmates aren't the only ones who are inspired.

"This is one of the most rewarding experiences I ever had in my life. It's an experience that I can't put into words," Republic FC Head Coach Mark Briggs said.

Republic FC player Cameron Iwasa recalled a special moment he encountered with one of the inmates.