Alashe is bringing six years of MLS experience to Sacramento after being drafted fourth overall by the San Jose Earthquakes in the 2015 MLS SuperDraft. 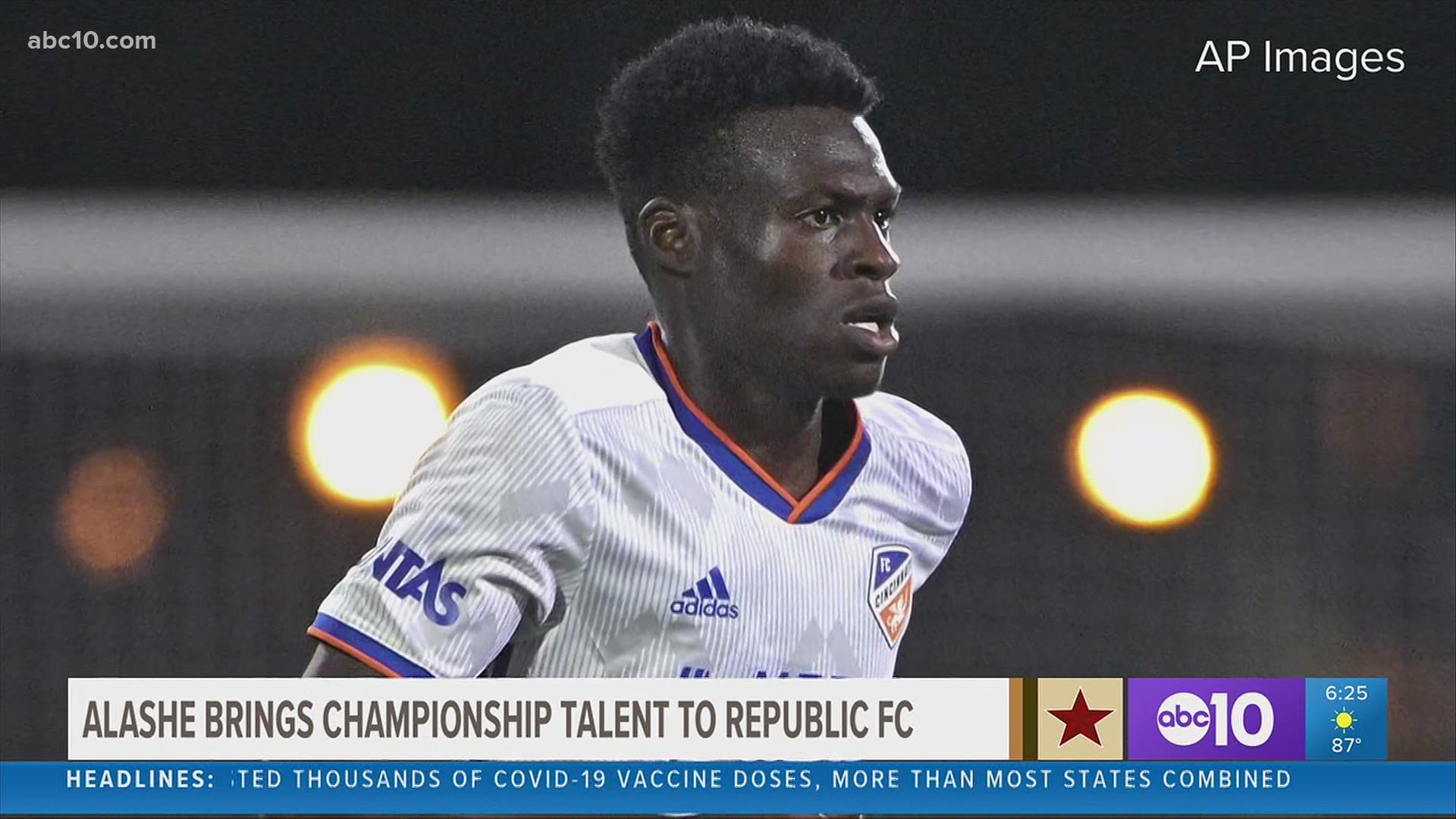 "I think I took a lot of lessons from last year. I think there's a lot of things I saw last year that make a team special, make a team really good. Those are some things that I'll try to carry out here as well," Alashe said. "Just to try to be somewhat of a leader in a way to guys here and try to impact the team in a positive way that hopefully, we can also do something special here because like I said I think we have the potential to be a really good team."

Alashe is bringing six years of MLS experience to Sacramento after being drafted fourth overall by the San Jose Earthquakes in the 2015 MLS SuperDraft. Alashe spent four seasons with the Earthquakes and joined FC Cincinnati for its inaugural MLS season in 2019. In August 2020, FC Cincinnati traded Alashe to Columbus Crew SC where the Michigan native went on to celebrate a championship season. Alashe was signed to Sacramento in March 2021.

"I always knew that they had a quality team here already," Alashe said. "Even last year I watched a lot of the games last year and I saw a lot of really good players that have a lot of quality and some guys with a lot of potential as well. We have a lot of guys that are striving to reach higher and higher levels which is really important. A lot of young guys that are fighting for spots on the team and they want to play just as much as the rest of us older guys do. I think it's important to have that type of balance and I think that will help us grow together as a group."

Republic FC opened its 2021 USL Championship season with a 1-0 win in Los Angeles against Galaxy II and the club's home opener is set for Wednesday, May 12.